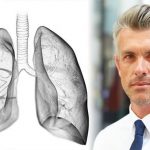 Lung cancer can dramatically cut a person’s life short. But Cancer Research UK predicts one in 10 people diagnosed with the condition can survive their disease for 10 years or more. Which recurring sign signals the disease? The British Lung Foundation (BLF) states people take around “25,000 breaths” every day, without thinking. Broken down, that’s breathing
Read More

Lung cancer is the uncontrolled growth of abnormal cells in one or both lungs. The treatment depends on what type a person has as well as their general health. The main symptoms are a cough, breathlessness and weight loss. The cancer may also reveal itself in a person’s fingers. A person may also experience inflammation
Read More

While therapies that harness the power of the immune system against cancer have made remarkable progress against certain types of tumors, they still remain ineffective in most cancer patients. A new study from the Center for Immunology and Inflammatory Diseases (CIID) at Massachusetts General Hospital (MGH) describes a method of reprogramming the regulatory T cells
Read More
Health Problems