What makes people take risks? Not stunt women or formula 1 drivers. Just ordinary people like you and me. Research published this week in PLOS ONE suggests that unexpected improvements in everyday life (sunshine after many days of rain or a win by a local sports team) are correlated with a change in a city’s
Read More

Negative experiences on social media carry more weight than positive interactions when it comes to the likelihood of young adults reporting depressive symptoms, according to a new University of Pittsburgh analysis. The finding, reported today in the journal Depression and Anxiety, may be useful for designing interventions and clinical recommendations to reduce the risk of
Read More 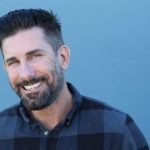 For many people, one of the unspoken rules for being cool is maintaining an emotionally inexpressive attitude. This message is reinforced through advertisements where fashion models rarely smile and by quotes from celebrities. In an article in the Huffington Post, Kanye West said he doesn’t smile in photographs because “it just wouldn’t look as cool.”
Read More
Health Problems