WEDNESDAY, Nov. 18, 2020 — Nearly half of U.S. young adults report symptoms of depression, with more than one-third reporting thoughts of death or suicide, according to the results of a survey released by the COVID-19 Consortium for Understanding the Public’s Policy Preferences Across States. Roy H. Perlis, M.D., from Harvard Medical School in Boston,
Read More 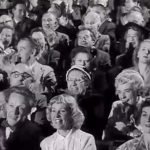