When Nina Simone belted out “Mississippi Goddam” in 1964, she gave voice to many who were fighting for equal rights during the Civil Rights Movement. The lyrics didn’t shy away from the anger and frustration that many were feeling. While this and other “freedom songs” were key in giving motivation and comfort to those fighting
Read More

The pill could be blurring your social judgement — but perhaps not enough so you’d notice. By challenging women to identify complex emotional expressions like pride or contempt, rather than basic ones like happiness or fear, scientists have revealed subtle changes in emotion recognition associated with oral contraceptive pill (OCP) use. Published in Frontiers in
Read More

Men with large upper-bodies have a tendency to favour inequality in society and a limited redistribution of resources. This is the conclusion drawn by Professor Michael Bang Petersen and Associate Professor Lasse Laustsen from the Department of Political Science in a study published in the journal, Political Psychology. “The results challenge the belief that our
Read More

For most people, the sense of happiness derived from a luxurious vacation, a good movie or a tasty dinner at a restaurant may seem short-lived, but what if it were possible to extend these feelings of enjoyment? Researchers from the University of Minnesota and Texas A&M University decided to explore whether the way people frame
Read More

The disparity between the number of sexual partners reported by men and women can largely be explained by a tendency among men to report extreme numbers of partners, and to estimate rather than count their lifetime total, a new study in The Journal of Sex Research finds. Together with gender differences in attitudes towards casual
Read More

Contrary to common suggestion, women are opting to freeze their eggs not to pursue education or careers but for reasons “mostly revolving around women’s lack of stable partnerships with men committed to marriage and parenting.” This is the conclusion of the largest qualitative study so far in elective egg freezing; 150 subjects from four IVF
Read More

As World Cup fever sets in, increased hooliganism and football related violence are legitimate international concerns. Previous research has linked sports-related hooliganism to ‘social maladjustment’ e.g. previous episodes of violence or dysfunctional behaviour at home, work or school etc. However, social bonding and a desire to protect and defend other fans may be one of
Read More

Body dissatisfaction among women is widespread and can lead to a number of worrisome outcomes, including eating disorders, depression and anxiety. While researchers know a lot about what makes women’s body image worse, they are still short on empirically supported interventions for improving women’s body image. Renee Engeln, a professor of instruction in psychology in
Read More 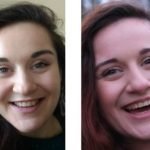 A fulsome smile in a photo makes it easier for people to identify the individual, say researchers at the University of York. Previous research at York has shown that it is difficult for people to match a pair of unfamiliar faces in photographs, presenting significant issues for authorities to spot identity fraud. Research has also
Read More 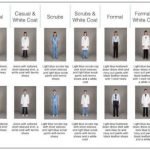 Physicians may want to dig a little deeper into their closets, or grab their white coats on the way out of the operating room, if they want patients to view them favorably, according to the largest-ever study of patient preferences for doctors’ attire. In fact, what medical doctors wear may matter more than most doctors
Read More
Health Problems