People who sleep less than six hours a night may be at increased risk of cardiovascular disease compared with those who sleep between seven and eight hours, suggests a new study published in the Journal of the American College of Cardiology. Poor quality sleep increases the risk of atherosclerosis — plaque buildup in the arteries
Read More

Some patients with coronary artery disease have inadequate blood flow to the heart muscle during periods of mental/emotional stress. This condition — called “mental stress-induced myocardial ischemia” (MSIMI) — is related to the severity of plaque buildup in the coronary arteries in men but not women, reports a study in Psychosomatic Medicine: Journal of Biobehavioral
Read More

From the DNA of nearly 300,000 veterans, scientists have singled out a handful of genetic mutations that not only govern levels of cholesterol, but may also inform the development and use of drugs for cardiovascular disease and diabetes, according to researchers at the Stanford University School of Medicine and the Palo Alto Veteran Affairs Health
Read More

Exercise and physical activity are of vast global importance to prevent and control the increasing problem of heart disease and stroke, according to a review paper published today in the Journal of the American College of Cardiology. This paper is part of an eight-part health promotion series where each paper will focus on a different
Read More 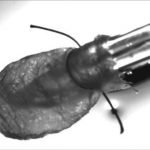 Harvard University researchers have bioengineered a three-dimensional model of a human left heart ventricle that could be used to study diseases, test drugs and develop patient-specific treatments for heart conditions such as arrhythmia. The tissue is engineered with a nanofiber scaffold seeded with human heart cells. The scaffold acts like a 3D template, guiding the
Read More

Researchers have developed a 3D map of the gene interactions that play a key role in cardiovascular disease, a study in eLife reports. The map will help researchers identify the most important genes to focus on for the development of new treatments for heart attacks, heart failure and heart rhythm disorders. More than 500 genetic
Read More
Health Problems