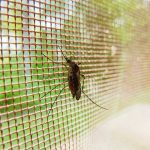 Estimating tweet infectivity from the first 50 retweets is the key to predicting whether a tweet will go viral, according to a new study published in PLOS ONE on April 17, 2019 by Li Weihua from Beihang University, China and colleagues. As online social networks and media continue to grow, so has the importance of
Read More 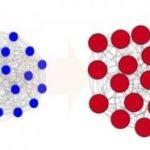 Cancer treatment continues to improve for many types of cancer, leading to increased life expectancy for many survivors. In fact, the number of cancer survivors is expected to reach nearly 18 million within the next decade in the U.S.1 For survivors of non-small cell lung cancer (NSCLC), the most common type of lung cancer, their
Read More

Social media sites often present users with social exclusion information that may actually inhibit intelligent thought, according to the co-author of a University at Buffalo study that takes a critical look not just at Facebook and other similar platforms, but at the peculiarities of the systems on which these sites operate. The short-term effects of
Read More

Most participants in clinical trials believe the benefits of broadly sharing person-level data outweigh the risks, according to a new study by Stanford University researchers. And despite low levels of trust in pharmaceutical companies, most of those who take part in clinical trials are willing to share their data with drug firms, the researchers found.
Read More