In an odds-defying coincidence, a pair of identical twin nurses helped to bring another pair of twin girls into the world last month.

And on September 25, Tara, a labor and delivery nurse, and Tori, a NICU nurse, were both assigned to help with the same C-section – to deliver twins Emma and Addison Williams.

The new parents marveled as they watched the twin women take part in the birth of their own twin daughters.

‘It was pretty neat because Tara took care of [his wife] Becca in the labor and delivery room and Tori was taking care of Emma in the NICU,’ new father Brannan Williams told Good Morning America. 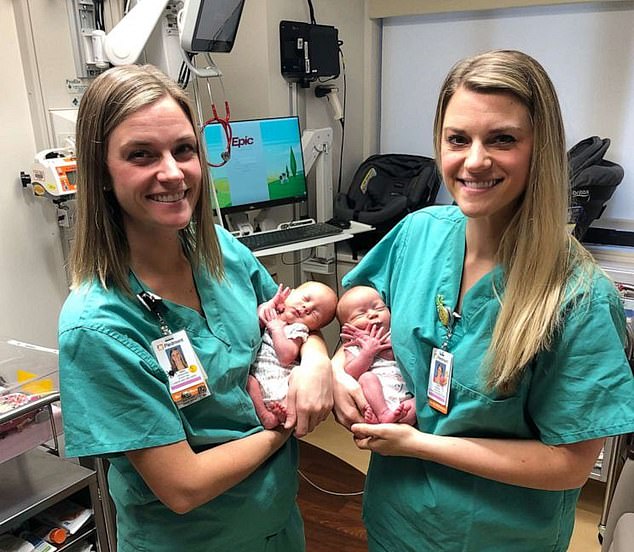 Tara and Tori, who have shared their entire lives and many shifts at the hospital, were such consummate professionals that they didn’t at first realize how bizarre their day was about to get when they headed to the delivery room.

‘I was excited to go to a delivery with my sister but it didn’t really cross my mind -we’re twins and they’re twins,’ said Tori.

Because Tori is a NICU nurse – meaning she works in the neonatal intensive care unit – she or one of her colleagues are at the ready whenever a delivery could get complicated.

‘For every c-section that labor and delivery does, we have one NICU nurse that goes because c-sections are higher risk,’ she explained. 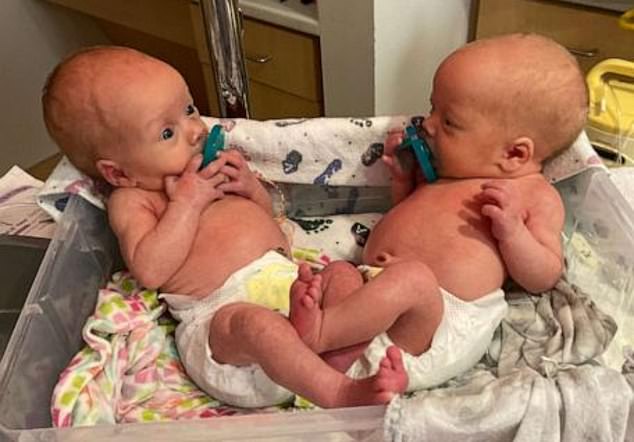 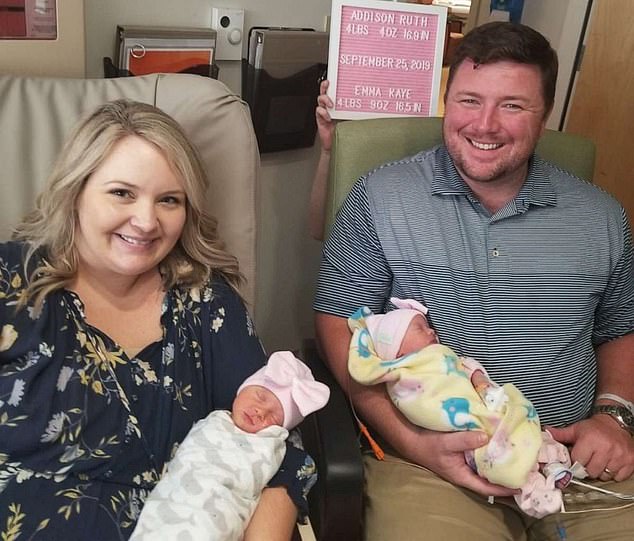 If she and Tara are both on-shift at the same time, there’s a good chance they’ll deliver a baby together.

But remarkably, they hadn’t, until September 25.

The chances they’ll deliver two identical twin girls are much, much lower.

Only about one in every 250 births is a pair of identical twins.

So even if Tori and Tara worked the same shift five days a week for a year, the odds they’d deliver a set of twins together would be low.

On that fateful September day, though, everything just lined up.

The pair of nurses told Good Morning America that they’d had no clue that they’d both be there for the arrival of another pair of twins until just a few moments before the delivery. 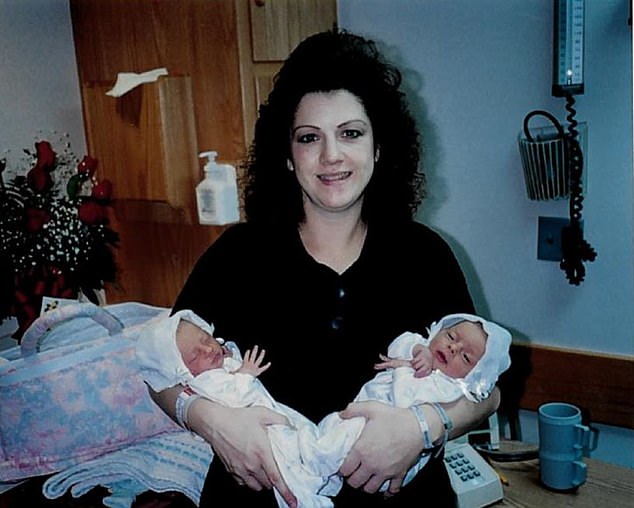 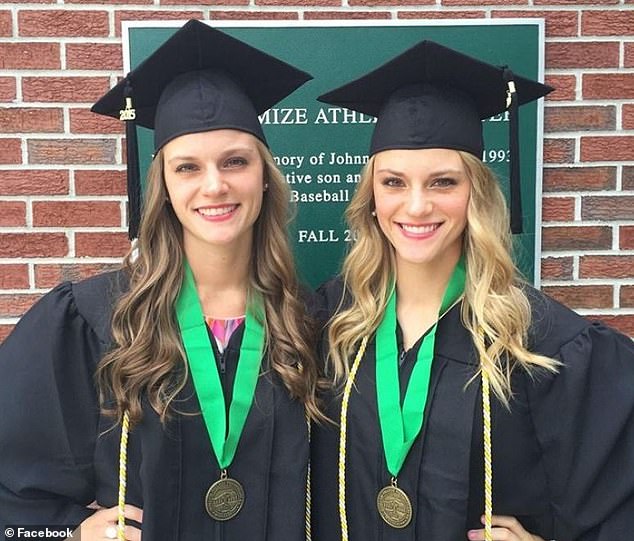 They grew up playing baby dolls together, went to college together (pictured), and now Tori and Tara work together and, occasionally get to bring babies into the world together

As is often the case for a pregnancy with twins, Rebecca went into labor early, at 32 weeks and six days.

Twenty-six years earlier, Tori came into the world a minute before Tara, at the very same hospital.

After their birth, Tara stuck around the delivery room to look after Rebecca, the new mother.

Tori, the NICU nurse, headed to the unit with newborn Addison and Emma.

Once everyone was stable, both sets of twins and the new parents were reunited.

Rebecca and Brannan took the opportunity to ask Tori and Tara what growing up as twins was like.

‘It’s a pretty cool experience having them in there and being able to ask them questions,’ said Brannan.

Tara explained that though she and Tori have grown up a lot, some things have remained very much the same as they were when they were little girls.

‘I didn’t like to play baby dolls with anyone but her, but now we get to do that in real life,’ she told Fox32.

Newborns Addison and Emma were scheduled to got home for the first time on Thursday after their stint in the NICU.