Booking a badminton court or pilates class should be as easy as ordering a takeaway, says Sports Minister as he bemoans obstacles that put people off exercising

People living in England find it easier to order takeaway food than to book a fitness class online, a poll suggests.

Sport England quizzed almost 2,000 adults on whether they found it simple enough to complete certain actions on the internet.

Two thirds said they found it easy to order a takeaway online, while only 34 per cent said the same about booking sport or fitness activities.

The UK’s Sports Minister, Mims Davies, today called it for to become just as easy to get booked onto sports classes, which may include Pilates. 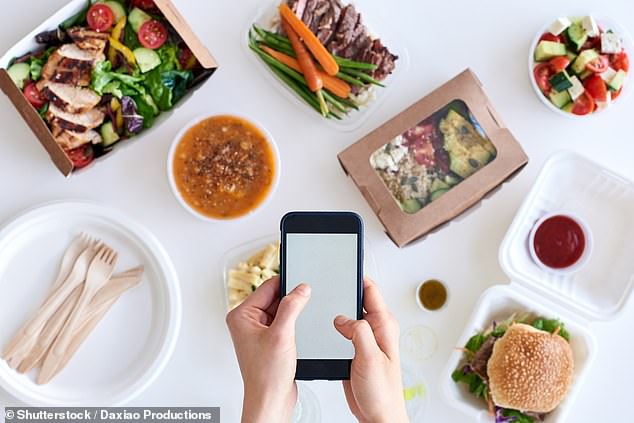 Sport England quizzed almost 2,000 adults on whether they found it simple enough to complete certain actions on the internet

Ms Davies said: ‘It should be as easy to book a court, football pitch or exercise class as it is to order your favourite takeaway or hire a cab.

‘Not being able to easily plan and book online potentially puts many people off doing more physical activity.’

The poll of 1,815 adults was commissioned by Sport England, a spin-off body of the Department for Digital, Culture, Media & Sport.

It also found around one in five adults have been put off sport because it was too difficult to find or book online.

The complete findings of the survey will be revealed at an event at the Wellcome Collection in London tomorrow.

On the back of the poll, Sport England will give £1.5million to leisure centres and sports clubs to help make booking classes easier.

Sport England’s chief executive Tim Hollingsworth said: ‘Our survey shows that at the moment there are too many barriers to entry.

‘So, this is about giving the public the choice to find sport and physical activity in a way that meets the expectations they have in all other aspects of their lives.

He added that this was a ‘real tipping point moment’, adding that now is the time to ‘supercharge’ the health of the nation.

Britain is one of the three fattest nations in Europe, with two thirds of adults being classed as overweight and a quarter being obese. Only Malta and Turkey are fatter.

Obesity is defined as a body mass index (BMI) score of more than 30. A tally higher than 25 is seen as overweight.

It is known to raise the risk of type 2 diabetes, heart disease, stroke, dementia, joint and back problems and cancer.

And it is not just British adults who are fat. A third of children are overweight and 10 per cent are obese when they leave primary school.

WHAT IS OBESITY? AND WHAT ARE ITS HEALTH RISKS?

Obesity is defined as an adult having a BMI of 30 or over.

A healthy person’s BMI – calculated by dividing weight in kg by height in metres, and the answer by the height again – is between 18.5 and 24.9.

Among children, obesity is defined as being in the 95th percentile.

Percentiles compare youngsters to others their same age.

For example, if a three-month-old is in the 40th percentile for weight, that means that 40 per cent of three-month-olds weigh the same or less than that baby.

The condition costs the NHS around £6.1billion, out of its approximate £124.7 billion budget, every year.

This is due to obesity increasing a person’s risk of a number of life-threatening conditions.

Such conditions include type 2 diabetes, which can cause kidney disease, blindness and even limb amputations.

Research suggests that at least one in six hospital beds in the UK are taken up by a diabetes patient.

Obesity also raises the risk of heart disease, which kills 315,000 people every year in the UK – making it the number one cause of death.

Carrying dangerous amounts of weight has also been linked to 12 different cancers.

This includes breast, which affects one in eight women at some point in their lives.

Among children, research suggests that 70 per cent of obese youngsters have high blood pressure or raised cholesterol, which puts them at risk of heart disease.

And if children are overweight, their obesity in adulthood is often more severe.

As many as one in five children start school in the UK being overweight or obese, which rises to one in three by the time they turn 10.