Modern medicine could NOT have saved Robert F Kennedy: Shots to the head that killed the presidential-hopeful would be just as deadly today, neurologists confirm

Even modern medicine would not likely have saved Senator Robert F Kennedy from the shot to the head that killed him 50 years ago, according to a new analysis.

On June 5, 1968, a 24-year-old gunman named Sirhan Sirhan fired off multiple rounds at Kennedy at the Ambassador Hotel in Los Angeles, California.

Like the death of his brother, former President John F Kennedy Jr five years before, Robert’s death sparked a spate of controversy over the circumstances of his death.

It took 45 minutes for the ambulance to arrive to transport Kennedy to the Good Samaritan Hospital.

He died 26 hours later, amid shock, confusion and unanswered questions. 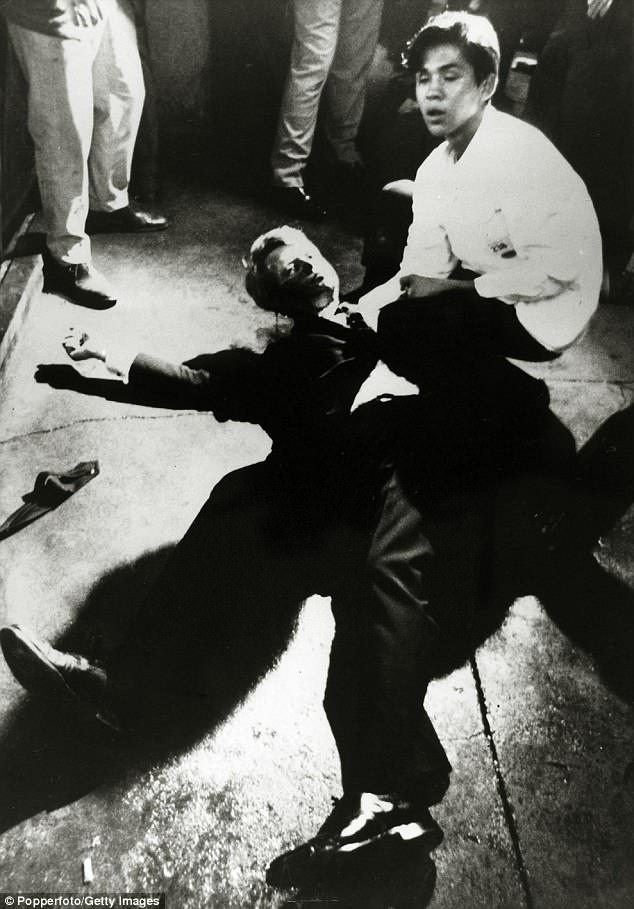 The bullet trauma that killed Senator Robert F Kennedy in 1968 almost certainly would have proved just as deadly today as it was then, new Duke University research confirms

Duke University scientists have re-examined Kennedy’s injuries and care and confirmed that everything possible to save Kennedy’s life was done 50 years ago- and that even today’s most cutting-edge medicine would likely have failed the Senator.

As is the case with any high-profile murder, rumors and speculation immediately followed Robert F Kennedy’s assassination. 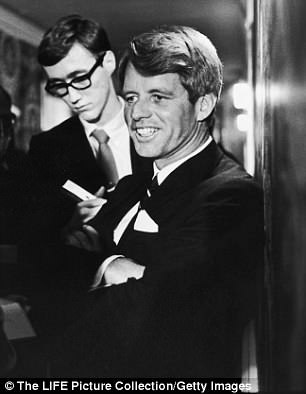 Robert’s assassination – while similarly tragic – was met with skepticism over the number of shots fired and the direction from which they had had come.

The younger Kennedy was shot just following a speech he had made at the Ambassador after finding out he had had two major victories in the primaries – in South Dakota and California – giving him a shot at becoming the next Democratic presidential candidate.

His campaign was gathering momentum, and many Americans saw him as a potential uniting force after a decade of unrest.

But as he exited the building through the kitchen, shots rang out.

He suffered what the new study authors call ‘extensive injury to the right cerebellum and right occipital cortex.’

Theirs is the first extensive medical analysis of Kennedy’s injuries since his autopsy was performed, the authors say.

By reviewing eyewitness reports of the shooting, fastidious logs of the care Kennedy was given en route to and at the hospital, they determined that there had been severe damage to Kennedy’s brainstem and bleeding in several locations. 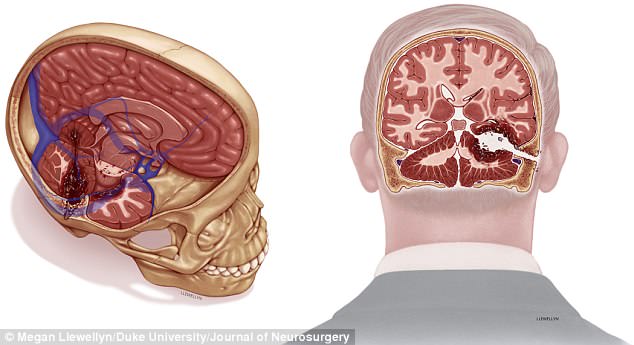 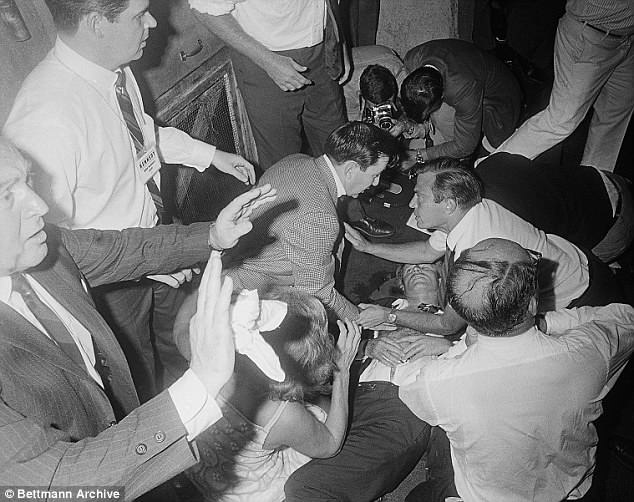 As soon as he collapsed Kennedy (center) was surrounded by onlookers desperate to help the fallen Senator. It took 45 minutes for an ambulance to arrive to transport him to a hospital

Gunshot wounds of any kind, even today, are about 90 percent fatal. That rate has scarcely changed over the course of the last 100 years, the study authors write.

As is often the case with such injuries, the Duke researchers found that fragments of bullet and bone that had shattered and become lodged in many places in Kennedy’s brain tissue.

The doctors of Kennedy’s day didn’t have the same imaging – such as CT scans – that might have allowed them to create a more delicate plan of attack before operating.

But the open brain surgery – or craniotomy – that Kennedy’s doctors performed was essentially the same one that he would have gotten in today’s best hospitals.

Besides advances in imaging, the primary changes to care that the study authors noted would have been minor adjustments in post-op care, and they likely wouldn’t have changed Kennedy’s fate.

‘Despite numerous advances in imaging, anesthesia, and surgical technique over the last 50 years, damage to the brainstem and its associated blood vessels continues to be a devastating and catastrophic injury,’ said study co-author Dr Shivanand Lad.

Another co-author, Dr Jordan Komisarow added: ‘By all accounts an aggressive and valiant effort was made to save the senator’s life. Unfortunately, a similar injury would likely also be fatal, or severely debilitating, in 2018.’