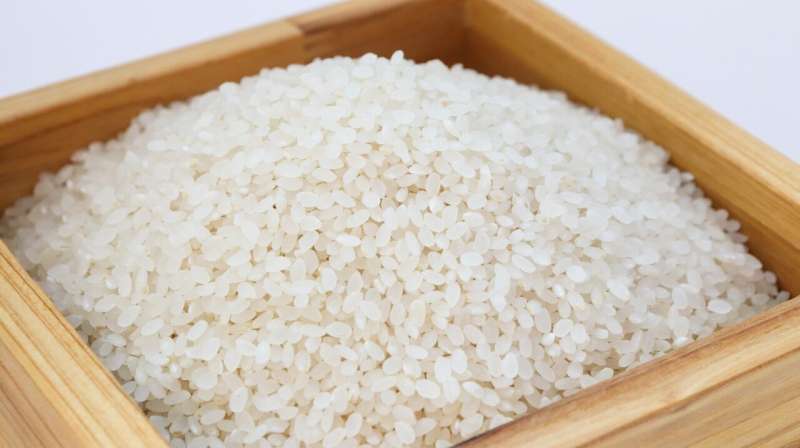 Polished white rice is a staple of diets in Southeast Asia, which poses a serious public health problem because the grain has been stripped of its vitamins and minerals during processing, according to new research by UO scientists.

White rice lacks thiamine, also known as vitamin B1, an essential nutrient for humans because it helps the body’s cells convert carbohydrates into energy. Thiamine deficiency can lead to cognitive and physical impairments, particularly in infants of breast-feeding mothers who lack the nutrient.

A new study led by psychologists at the UO found that providing thiamine supplements to breast-feeding mothers in Cambodia can help protect the neurocognitive development of their infants and especially benefits their language development.

UO psychologist Jeffrey Measelle is the lead author of the study, published in the Annals of the New York Academy of Sciences, and Dare Baldwin, also a psychology professor, is a co-author. The study is one piece of a large interdisciplinary clinical trial involving researchers from Canada, France, Australia, Cambodia and the United States. The two UO psychologists have been colleagues for many years but this is the first time they’ve worked together on a research project.

Measelle said he’s been working on public health issues in Southeast Asia for a number of years, and he and Baldwin were seeking funding from the Bill & Melinda Gates Foundation for further research. The foundation was particularly interested in acute thiamine deficiency in infants, known as infantile beriberi, that causes cognitive damage and can kill babies.

The foundation connected Measelle and Baldwin with nutritionist Kyly Whitfield and colleagues at Mount Saint Vincent University in Nova Scotia. The nutritionists had been investigating the benefits of supplement techniques and wanted to know the best methods for measuring cognitive development in infants, which is where Measelle and Baldwin came in.

The researchers recruited 335 healthy mothers of breastfed newborns in Kampong, Cambodia. Two weeks after giving birth, women were randomly assigned to one of four treatment groups to receive one capsule a day of varying amounts of thiamine: 0 milligrams, 1.2 milligrams, 2.4 milligrams and 10 milligrams. Supplementation began when infants were two weeks old, and continued until they were 24 weeks. Neurocognitive assessments took place when infants were two weeks, 12 weeks, 24 weeks and at a 52-week follow-up, using multiple methods of measuring cognitive development.

Analysis of the results indicated that the highest dose of 10 milligrams per day provided significant benefits for infants’ language development but generally not for motor or visual reception development. Preliminary evidence also suggests that infants’ neurocognitive development may benefit most if the mother begins taking supplements while pregnant.

“For me personally, given that much of my work is focused on prenatal development,” Measelle said, “we need to go back to an earlier stage and protect fetal development during pregnancy so when the infant is born, they start at a better place and keep going.”

“If we can protect the first 1,000 days of life, that would help to cover what is arguably the most critical period of development,” Measelle said.

Thiamine deficiency is rare in western societies because it’s readily available in the diet in the form of legumes, whole grains, pork and other foods. In Southeast Asia, a bowl of rice for an entire day might be all that some can afford to eat, Baldwin said. And unfortunately, a commonly available type of fish that is eaten in Cambodia actually depletes thiamine.

In Cambodia, roughly 50 percent of adults are stunted because of malnutrition, the outward sign of micronutrient deficiencies, including thiamine deficiency, that also compromises immune systems, brain development and cognitive function, Baldwin said.

One idea to get more thiamine into the diets of Cambodians would be to fortify salt with the nutrient, just as salt has been fortified with iodine in the United States since the 1920s. Getting the correct dose will require more research, Measelle and Baldwin said.