ONE person dies every FIVE seconds from smoking, reveals scientist

One person dies every five seconds from smoking, a scientist has revealed.

A total of three million people have died due to chronic obstructive pulmonary disease, a lung disorder caused by smoking, according to the most recent statistics from 2016.

This accounted for six per cent of global deaths.

Furthermore, the respiratory disease is expected to become the fourth-largest killer by 2020, behind heart diseases and cancer.

The shocking data was released during a seminar hosted by pulmonologist Syed Zafaryab Hussain, an expert in diseases related to breathing.

Dr Hussain used the findings to reiterate the dangers of smoking, warning that more people die from smoking than from terrorism, and that doctors must inform patients of the dangers. 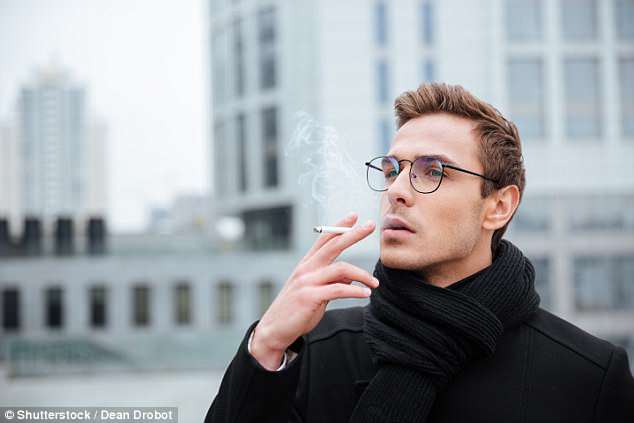 Although more men than women smoke (about 40 per cent of the world’s population, versus nine per cent), the number of women smoking has increased and has reached parity in some countries.

He said that there was now a greater responsibility for doctors to explain to patients the dangers of smoking and advise them on how they can quit.

Dr Hussain told the Express Tribune, a Pakistani newspaper, that carbon monoxide from smoking zaps oxygen from the body, which then leads to breathing difficulties.

Furthermore, he believes that many young people are picking up the deadly habit as a ‘fashion statement’.

Dr Hussain warned that alternate forms of smoking, like electrical cigarettes and sheesha, can result in a person developing chronic obstructive pulmonary disease as well.

Traditional methods of cooking, such as over an open fire are also dangerous, he added.

A colleague of Dr Hussain’s, Dr Faisal Zuberi, warned about the dangers of passive smoke, and that sitting in a surrounding where there is smoke is akin to smoking ‘200 cigarettes’. In 2016, three million people died from COPD, which is a lung disorder caused by smoking

Cigarettes are smoked by more than one billion people around the world – almost a fifth of the world population.

The majority of smokers are men: around 942 million, while 175 million women are smokers worldwide.

Smoking rates are decreasing in developed  countries. For instance, in the United States, smoking rates dropped by 50 per cent betweern 1965 to 2006, according to the CDC.

More than 80 per cent of smokers now live in countries with low to middle incomes, and the country with the highest rate of smoking is China.

However, Timor-Leste – the eastern portion of an tiny Pacific island – has the highest prevalence of smokers in the world.

Dr Hussain said he was concerned about his native Pakistan, where 171,000 people died due to chronic obstructive pulmonary disease each year.

He said that anti-smoking laws made in Pakistan existed but had not been implemented.

Chronic obstructive pulmonary disease (COPD) is the name for a group of lung conditions that cause breathing difficulties.

COPD is a common condition that mainly affects middle-aged or older adults who smoke. Many people don’t realise they have it.

The breathing problems tend to get gradually worse over time and can limit your normal activities, although treatment can help keep the condition under control.

The main symptoms of COPD are:

Without treatment, the symptoms usually get slowly worse. There may also be periods when they get suddenly worse, known as a flare-up or exacerbation.

See your GP if you have persistent symptoms of COPD, particularly if you’re over 35 and smoke or used to smoke.

Smoking’s effect on your body

A recent study found that smoking cigarettes damages the muscles in your body, as well.

The smoke directly reduces the number of blood vessels in leg muscles and limits the amount of oxygen and nutrients they can receive.

This study, conducted by researchers from California, Brazil and Japan, is the first to show the direct impact of smoking on the muscles.

For the study, the team exposed mice to smoke from tobacco cigarettes for eight weeks, either by inhalation or by injecting mice with a solution bubbled with smoke.

In the study, the team found a 34 percent decrease in the capillary-to-muscle fiber ratio of calf muscles in mice exposed to smoke.

However, the study shows that because blood vessels have been diminished, the rate of blood flow to muscles is reduced – depriving them of oxygen and nutrients.

And when muscles are deprived of these two substances to use for energy, they are weakened and unable to perform a great amount of physical activity.

Previous studies have shown that smoking makes muscles weaker because lungs become inflamed by cigarette use, restricting your ability to exercise and perform activities.