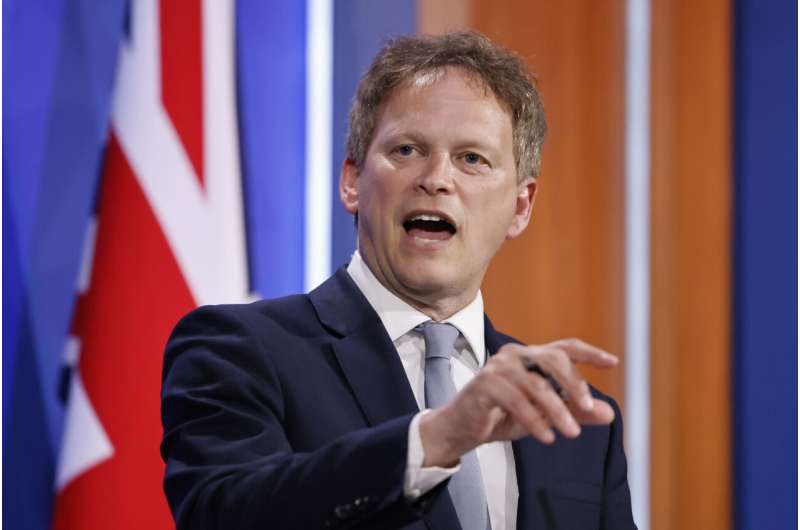 Britain announced a “first tentative step” Friday toward resuming international travel, saying U.K. citizens will be able to travel to countries including Portugal, Iceland and Israel later this month without having to quarantine upon their return.

Transport Secretary Grant Shapps said the country’s current blanket ban on overseas vacations will be replaced on May 17 by a traffic-light system classifying countries as low, medium or high risk.

The “green list” of 12 low-risk territories also includes Gibraltar, the Faroe Islands and the Falkland Islands—but not major vacation destinations for Britons such as France, Italy, Spain and Greece, which are on the “amber” list. Britons traveling to those countries, and many others including the United States and Canada, will have to self-isolate for 10 days when they return.

Britons hoping for an overseas vacation this summer without a quarantine do not have a lot to choose from. Several countries on the green list are still closed to British visitors, including Australia, New Zealand and Singapore. Others are little-visited, such as the remote islands of Saint Helena, Ascension Island and Tristan da Cunha.

“This is not a list generated and created to think about where people want to lie on beaches and then twist the science to fit it,” Shapps said at a news conference.

He said the list would be reviewed regularly and would likely be expanded.

“We in this country have managed to construct a fortress against COVID. But the disease is still prevalent in other parts of the world, most notably at the moment in India,” he said.

“That’s why today’s announcement, removing the ‘stay in the U.K.’ restrictions from May 17, is necessarily cautious,” he said.

All but essential travel from Britain remains barred to “red list” countries with severe outbreaks, including India and South Africa, and people returning from them face 10 days of mandatory quarantine in a supervised hotel. On Friday the British government added Nepal, the Maldives and Turkey to that list.

Turkey’s addition, which takes effect Wednesday, throws into doubt the ability of players and fans to travel to the Champions League soccer final between two English teams—Manchester City and Chelsea—which is due to be played in Istanbul on May 29.

Shapps said the government was “very open” to holding the game in Britain, but that it was a decision for soccer’s European governing body, UEFA.

May 17 is the next date on the British government’s roadmap out of lockdown. Pubs and restaurants in England can reopen indoor areas that day, and venues including theaters and cinemas can welcome limited audiences.

Britain has recorded more than 127,500 coronavirus deaths, the highest toll in Europe. But recent infections and deaths have plummeted thanks to extensive lockdowns and a rapid vaccination program. Two-thirds of U.K. adults have received at least one vaccine jab and almost a third have had both doses.

The campaign has relied heavily on the Oxford-AstraZeneca vaccine, whose use has been restricted in some European countries because of a potential link to extremely rare blood clots.

In a change of advice, British authorities said Friday that people under 40 will not be given the AstraZeneca vaccine if another shot was available.

The Joint Committee on Vaccination and Immunization said people aged 30 to 39 without underlying health conditions should receive an alternative vaccine, “where available and only if this does not cause substantial delays in being vaccinated.” Last month it gave the same advice for people under 30.

England’s deputy chief medical officer, Jonathan Van-Tam, said the government expects to follow the new advice and still meet its target of giving everyone 18 and over a vaccine jab by July 31.

“We have to maintain the pace and scale of the U.K. vaccination program,” Van-Tam said, adding that the AstraZeneca vaccine is safe and effective and “thousands are alive today” because they received it.

Britain is also using vaccines made by Pfizer-BioNTech and Moderna.

British health officials say the risk from COVID-19 far exceeds any risk from the AstraZeneca vaccine for the vast majority of people, but the calculation is “more finely balanced” for younger groups, who tend not to suffer serious illness from coronavirus infections.

Up to April 28, Britain’s medicines regulator had received 242 reports of blood clots accompanied by low platelet count in people who had received the AstraZeneca vaccine, out of 28.5 million doses given. There were 49 deaths.