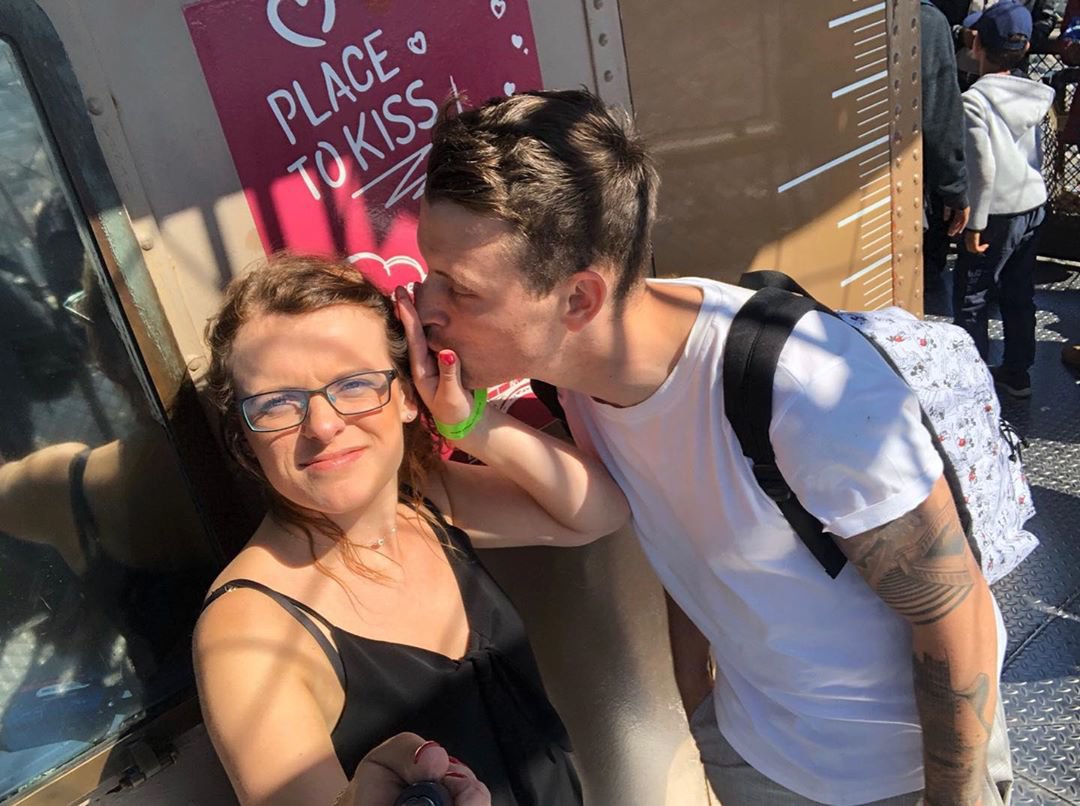 A woman has been diagnosed with a life-changing condition that makes sex impossible and causes excruciating pain if she tries to use a tampon.

Kerry Morris, 28, from Stafford, suffered from extreme stomach cramps and irregular and heavy bleeding during her periods from the age of 13.

Despite visiting countless gynaecologists and doctors and even having a laparoscopy operation in 2012 to try to find the root cause of her problem, Kerry was repeatedly told that the unbearable pain she was feeling was all in her head.

Kerry was convinced she had endometriosis – a condition where tissue similar to that found in the lining of the womb grows in other places such as on the ovaries. Yet doctors ruled this out after extensive tests.

In 2014, whilst at university, Kerry was even referred to a psychosexual therapist.

‘I was told by doctors that I was making it up and that the pain was all in my head,’ says Kerry.

‘They were trying to train my brain to believe that every time I had sex I was not in pain and that it was all in my head.

‘It was always really painful when having sex and it took a toll on my relationship as I didn’t want to try and have sex in case it hurt me.

‘They said I would tense my body and I was causing my pain, so whenever I was in pain it led to a few arguments because he thought it was my “giving” myself pain that wasn’t actually there.

‘Even though I was going through all of this therapy, my pain was very much still there.

‘I had constant headaches, fatigue, and hotness and even fainted whilst in a cold shower – the pain was that unbearable.’

In 2017, Kerry had another operation to try to discover the source of her problem and this time the surgeon finally found that Kerry did actually have endometriosis.

Despite feeling vindicated by this discovery, Kerry still has not found relief for her pain. She has been prescribed pain medication and birth control pills, but Kerry still struggles with constant stomach cramps, headaches and fatigue.

Her endometriosis does have an impact on her relationship with current boyfriend Aaron, also 28, with sex being so painful that it can make Kerry’s body shake for hours afterwards.

However, Aaron is incredibly understanding of her condition, something that has not always been the case in previous relationships when the pain has stopped her from wanting to even attempt sex.

‘Unfortunately, the pain is still here and the operation never helped,’ says Kerry.

‘Whilst at work, it was a massively taboo thing and I was asked every day at work why I had to have a hot water bottle.

‘It’s not nice to be in a meeting and be visibly frowned upon for being in pain.

‘You get tired of having to explain why you are hunched doubled over your desk, why you have back and leg pain and why you are struggling to walk.

‘I’ve never had a boss who has been understanding. You don’t want to call in sick so it can really affect the jobs that you go for and your mental state.

‘I even had an occasion at the doctors where someone got out a dictionary to look up what endometriosis was.

‘It’s mad when you go in to see a gynaecologist and they don’t know what to suggest.’

Kerry had an additional operation at the start of 2020 which once again found that she had endometriosis, but as there is no cure, Kerry still lives in pain.

She posts frequently on her Instagram page to raise awareness for her condition which she believes needs to be taught more widely in sex education classes to show younger girls and boys just how common and debilitating endometriosis can be.

‘There are so many girls that suffer in silence and so many people that have no clue what it is,’ says Kerry.

‘It needs to be discussed openly in school and be compulsory in sex education. Young girls need to be aware that it is very common and they are not to blame.

‘Boys need to be made aware of what it is and that it’s not a girl’s fault. At first I was scared of opening up and telling my story, but there is a huge lack of awareness out there.

‘If I can even help just one person, that’s good enough for me.’