The informal settlement of Khayelitsha in Cape Town is the latest site of a multi country trial that aims to transform the treatment for drug-resistant tuberculosis (DR-TB).

The endTB clinic was officially opened by Doctors Without Borders (MSF) and the City of Cape Town and will test five new drug regimens in Peru, Lesotho, Kazakhstan, Georgia and South Africa.

The current standard treatment for drug-resistant TB is arduous. It can last for between nine and 24 months, and includes a painful daily injection for up to six months which can cause hearing loss and other serious side effects in up to 60% of patients.

Even worse, standard treatment is only successful in about half of all cases.

The trial will use bedaquiline and delamanid – the first TB drugs to have been developed in almost 50 years –- in experimental new treatments with other drugs such as clofazimine, linezolid, fluoroquinolones and pyrazinamide, with the aim of finding at least one new treatment that is shorter, more effective and less toxic than the current treatment.

The experimental treatments are all-oral, meaning the toxic injectable that has been used in drug-resistant TB treatment for over half a century is not incorporated.

If the trial proves successful, it will be a major revolution in the treatment of the age-old disease. But it won’t be the first. There have been several over the past 100 years and we’ve come a long way. But the fact that the current treatment can only be administered by injection, and that nearly two thirds of people who are treated go deaf, elegantly explains why we’ve still got a long way to go.

There’s reason for optimism. Over the last 20 years I’ve seen a dramatic change in attitude towards people with drug resistant TB – from the World Health Organisation (WHO) right down to health workers in the smallest clinic. This gives me great hope that we’re on the right track to institutionalising care that has the patient at the very centre.

The dominant but incorrect view of the World Health Organisation at the time was that drug-resistant TB was the patients’ fault because they didn’t take their treatment properly. Another line of argument was that it was due to health service issues, including bad quality drugs or wrong prescriptions.

Patients with drug-resistant TB were seen as “defaulters” who created their own disease. They were stigmatised and stripped of their right to dignity and freedom of movement. Typically they were confined to hospitals, or locked up in sanatoriums, often against their will.

These misconceptions meant that preventing people from acquiring drug-resistant TB was the priority. Treatment wasn’t, because existing regimens were believed to be sufficient. This in turn disincentivised the development of new ways to fight drug-resistant TB. 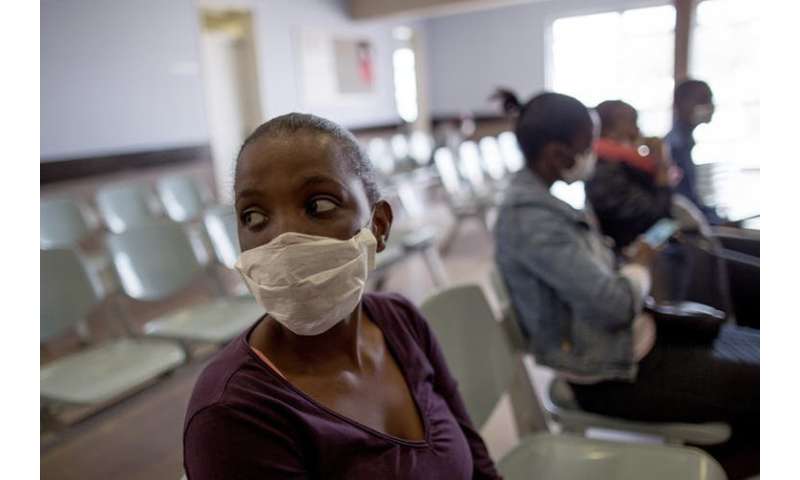 At the time drug-resistant TB was essentially a medical blind spot. The extent of it was underestimated across the world. The WHO’s annual drug-resistant TB reports spoke of “hot spots” – identifying South Africa and Egypt as the main ones in Africa. But in fact these were the few places in Africa then testing for TB drug resistance, and the problem was actually far, far worse.

It was clear that this was not an isolated epidemic, and that drug resistant TB needed to be tackled head on.

The first big breakthrough was in 2006 when scientists developed the ability to speed up and expand the diagnosis of drug-resistant TB. They used genotypic testing: diagnostic tools that enable clinicians to diagnose and confirm drug resistance in TB cases in just a few hours, avoiding weeks of waiting for results from scientists in central laboratories.

By 2011, South Africa was going all out to identify how big the epidemic was, with a nationwide roll out of nearly 800 GeneXpert machines.

Within just a few years, the world had started to realise the scale of the problem. Today, the WHO estimates there are 19 000 new drug-resistant TB cases a year in South Africa alone.

Mapping the scale of the problem also made the pharmaceutical market for drug-resistant TB more lucrative.

But patients like Phumeza Tisile from Khayelitsha, who went permanently deaf from the daily kanamycin injections, became powerful public advocates for better treatment. By 2014 Phumeza -– then cured of XDR-TB after two years of treatment – delivered 50,000 signatures on the drug-resistant TB manifesto at the World Health Assembly, calling on members to radically improve care.

As a result of her actions others started to object to the treatment – a dynamic similar to what happened among people living with HIV in South Africa in the early 2000s. Today drug-resistant TB survivors don’t feel ashamed to say they want a less toxic, shorter treatment, and to demand that their basic rights are respected. By speaking out they’ve made sure that a much more patient-centred approach is been put in place.

But care still remains inadequate. It’s still too long, painful and too toxic.