One of the most frequent causes of drug-resistant epilepsy, considered a difficult disease to control, is a brain malformation known as focal cortical dysplasia. Patients with this problem present with discreet disorganization in the architecture of a specific region of the cortex, which may or may not be associated with the presence of nerve cells that have structural and functional abnormalities.

A new study by the University of Campinas (UNICAMP) in Brazil suggests that dysregulation in the expression of NEUROG2, a gene involved in the differentiation of neurons and glial cells (such as astrocytes, oligodendrocytes and microglia), plays a key role in development of the disease.

“We show that expression of the microRNA hsa-miR-34a is reduced in the brain tissue of patients with focal cortical dysplasia and that this appears to result in overexpression of NEUROG2. We believe this factor may be associated with nerve cell differentiation failure,” said Iscia Lopes-Cendes, a professor in UNICAMP’s Medical School and supervisor of the research project. Results have recently been published in the journal Annals of Neurology.

“Our findings are based on analysis of the brain tissue of 16 patients with type II focal cortical dysplasia, a malformation with cortical disorganization and aberrant nerve cells including dysmorphic neurons that are constantly in a state of excitation and hence favor epileptic seizures,” Cendes explained.

In these cases, she added, surgical removal of the malformed area of the brain is the only strategy available to control the symptoms of epilepsy. However, even this is possible only when the malformation is not in a critical brain region such as the motor, somatosensory, auditory, visual, language and other functionally essential networks.

According to Cendes, some 25 percent of patients with refractory epilepsy requiring surgery have focal cortical dysplasia. The proportion is much higher among children, however. Indeed, cortical malformation is the main cause of intractable epilepsy in children.

Previous research associated the appearance of focal cortical dysplasia with mutations in a cell signaling pathway mediated by the protein mTOR (mammalian target of rapamycin). Hyperactive mTOR signaling leads to abnormal cell proliferation. However, these somatic mutations (present in the dysplastic tissue but not in the patient’s other cells) have been found in roughly a quarter of those affected by the disease and hence cannot explain all cases of cortical malformation.

In the sample analyzed by Cendes and her group, 28 percent of patients with cortical dysplasia had somatic mutations in the mTOR pathway. 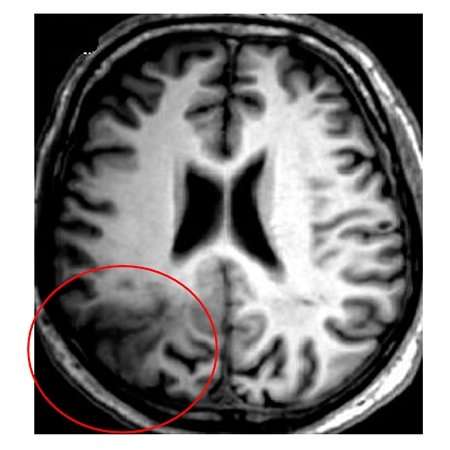 The researchers decided to look for other possible causes of cortical malformation by analyzing microRNA expression in tissue taken from patients treated at UNICAMP’s general and teaching hospital. MicroRNAs are small RNA molecules that do not contain information for protein synthesis but are capable of binding to protein-encoding genes and modulating their expression.

The results of microarray analysis of 800 microRNAs undertaken with the aim of indirectly identifying genes involved in cortical development that might be dysregulated in dysplastic tissue were compared with control samples obtained from autopsies of individuals whose cause of death was non-neurological.

“We observed a difference in the expression of only three microRNAs: hsa-let-7f, hsa-miR-31 and hsa-miR-34. We then used bioinformatics to see which genes these molecules might be interacting with and arrived at a list of ten candidates,” Cendes said.

From an analysis of the expression of these ten suspect genes in the 16 patients and control group, the group concluded that only NEUROG2 was overexpressed in the patients with focal cortical dysplasia.

“By binding to genes, microRNAs inhibit their expression, so when a microRNA is underexpressed the gene becomes more active. This is a kind of reverse regulation. Because NEUROG2 appears to be an important gene for brain development, we decided to investigate further,” Cendes said.

The group then performed binding assays to prove that increased expression of this gene was linked to the reduction in hsa-miR-34a. The results showed that the microRNA is capable of binding to an important region of NEUROG2 and inhibiting its activity.

“We decided to investigate in more depth and showed that in the tissue of patients with dysplasia the gene RND2—which is regulated by NEUROG2 and associated with the same signaling pathway—was also overexpressed. This was not observed in the control tissue,” Cendes said.

“We believe that when NEUROG2 is overexpressed this transition from neurogenesis to gliogenesis doesn’t take place adequately because the signal that stimulates neurogenesis remains active when it should become inactive. This dysregulation stays in dysplastic tissue from embryonic development until adulthood,” she said.

The group still need to find out what causes a decrease in the expression of hsa-miR-34 in these patients. For Cendes, the explanation could lie in genetic factors (polymorphisms and mutations) or epigenetic factors (environmental variables that alter gene expression without modifying DNA).