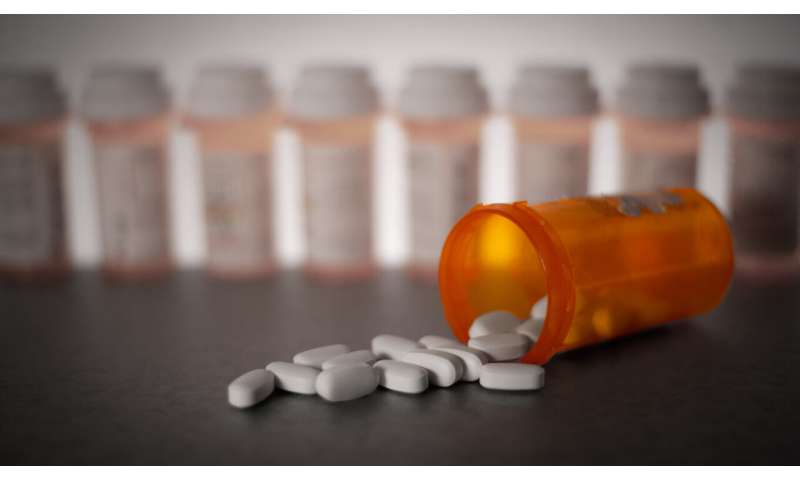 A specialized pain management program for patients who underwent robotic surgery for urologic cancers resulted in just eight percent going home with narcotics after discharge, compared to 100 percent who would have received them without this enhanced recovery protocol. What’s more, the group of patients who did receive narcotics went home with fewer pills than they would have under regular guidelines. Researchers in the Perelman School of Medicine at the University of Pennsylvania will present their findings at the 2019 American Society of Clinical Oncology Annual Meeting in Chicago (Abstract #6502).

“The key to our program was to start patients with over the counter medications, then escalate them as needed. This means patients whose pain can be managed without opioids never end up getting them in the first place, while patients whose pain warrants these prescriptions receive them when needed,” said lead author Ruchika Talwar, MD, a resident in Urology. Thomas J. Guzzo, MD, MPH, chief of Urology, is the study’s senior author.

Cancer patients are particularly susceptible to opioid addiction, with recent studies showing they are 10 times more likely to die from an opioid overdose than the general public. About six percent of cancer patients who use opioids for the first time to manage pain after a surgery become addicted.

In September of 2018, Penn researchers began a new program that started patients without narcotics and escalated only if needed. Patients received gabapentin and acetaminophen before surgery, then received the drugs again every eight hours after surgery, along with an IV dose of ketorolac. If they were still in pain, patients received tramadol. Only after all of that were they escalated to oxycodone for their pain. If pain still continued, they were prescribed 10 oxycodone pills only.

Out of 170 patients between September 2018 and January 2019, 115 (68 percent) were discharged without prescriptions for opioids. Another 41 (24 percent) went home with 10 pills of the nonnarcotic, tramadol. Just 14 (8 percent) were prescribed 10 pills of oxycodone. The study also compared pain scores among patients, and there was no difference among the three groups despite patients receiving different medications. Talwar says this shows the pain management technique was effective while still recognizing what each patient requires.

“There have been calls to go opioid-free, but some patients do need them, and our data indicate that among our patients, everyone’s pain was controlled after surgery,” Talwar said. “We managed to achieve that while still seeing an overwhelming reduction in the amount of opioids we prescribed.”

Talwar says this reduction helps more than just the patients, since there are fewer pills in the home and thus fewer pills moving through the community. Researchers also point out that while this model is specific to Penn patients, the principle is generalizable.