Celebrities have a way of making bouncing back look easy. But it was even hard work for Beyoncé, who started preparing for Coachella just six months after welcoming her twins Rumi and Sir in June 2017.

“I became vegan temporarily, gave up coffee, alcohol and all fruit drinks,” the Grammy winner told Vogue in August 2018. “But I was patient with myself and enjoyed my fuller curves.”

The singer, who also shares daughter Blue Ivy with her husband, Jay-Z, has embraced her new shape. “To this day my arms, shoulders, breasts and thighs are fuller,” she told the magazine. “I have a little mommy pouch, and I’m in no rush to get rid of it. I think it’s real. Whenever I’m ready to get a six-pack, I will go into beast mode and work my ass off until I have it.”

Click through the pictures below to see the transformations of other mamas including Duchess Kate, Cardi B and Christina Aguilera. 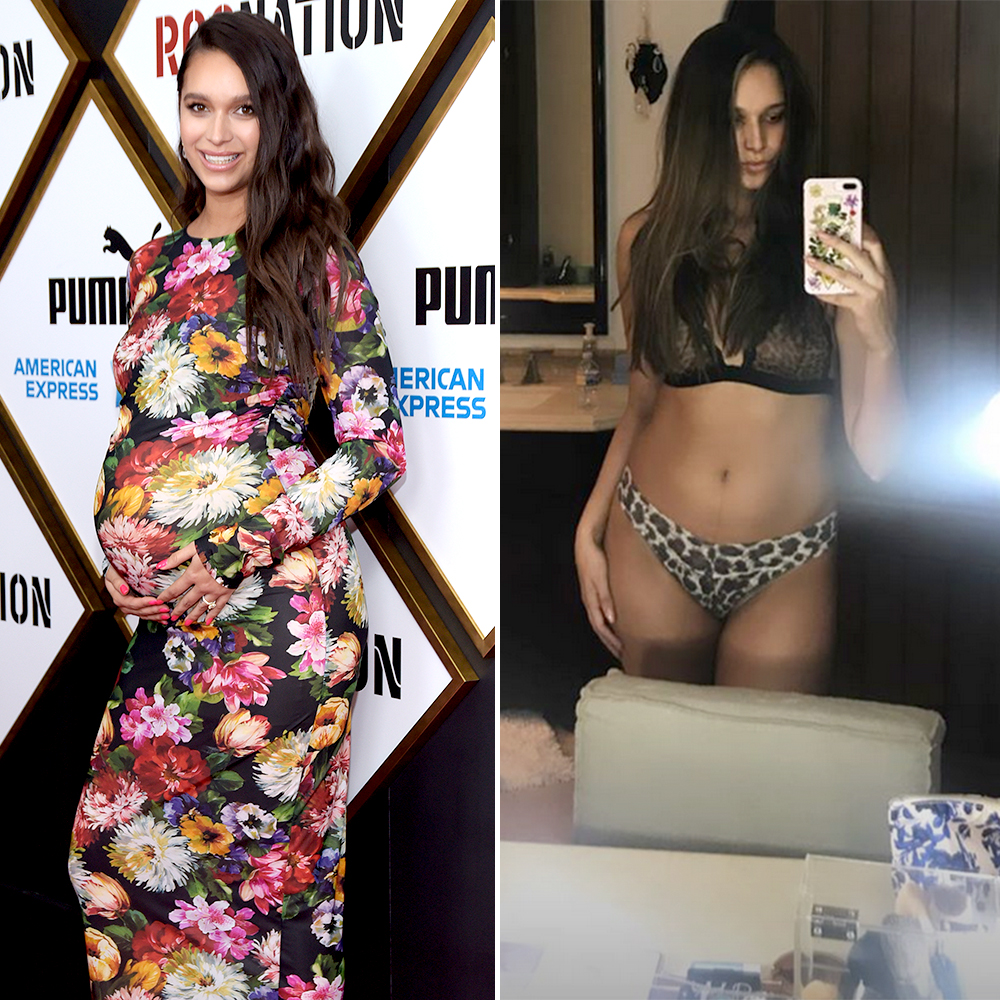 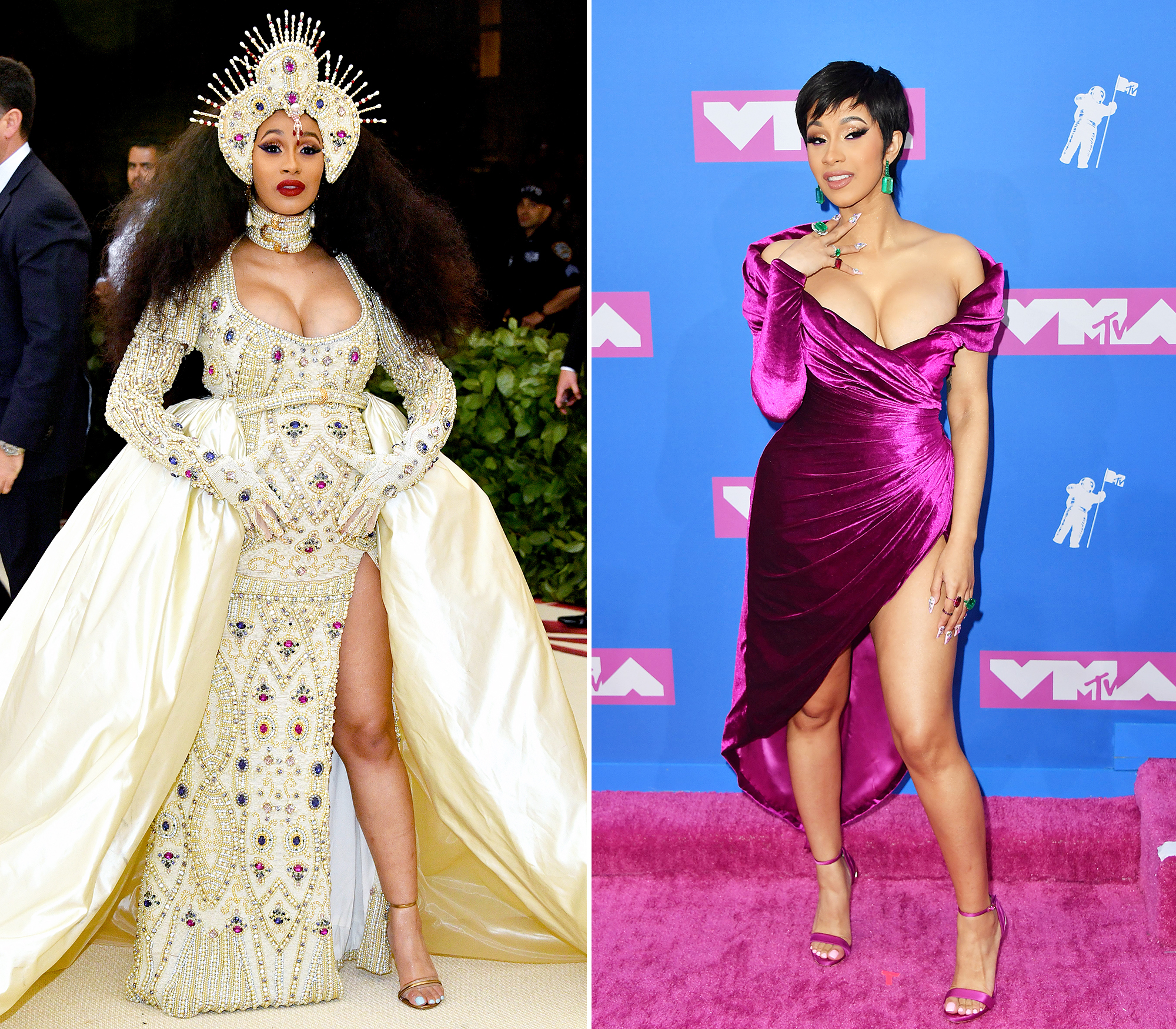 Less than six weeks after giving birth to her daughter, Kulture, Cardi B returned to the stage at the 2018 MTV Video Music Awards to accept the award for Best New Artist on August 20, 2018. “A couple of months ago, a lot of people were saying, you know, ‘You are gambling your career. You about to have a baby, what are you doing?’” the rapper told the crowd. “You know, I had a baby, I carried a baby, and I’m still winning awards! 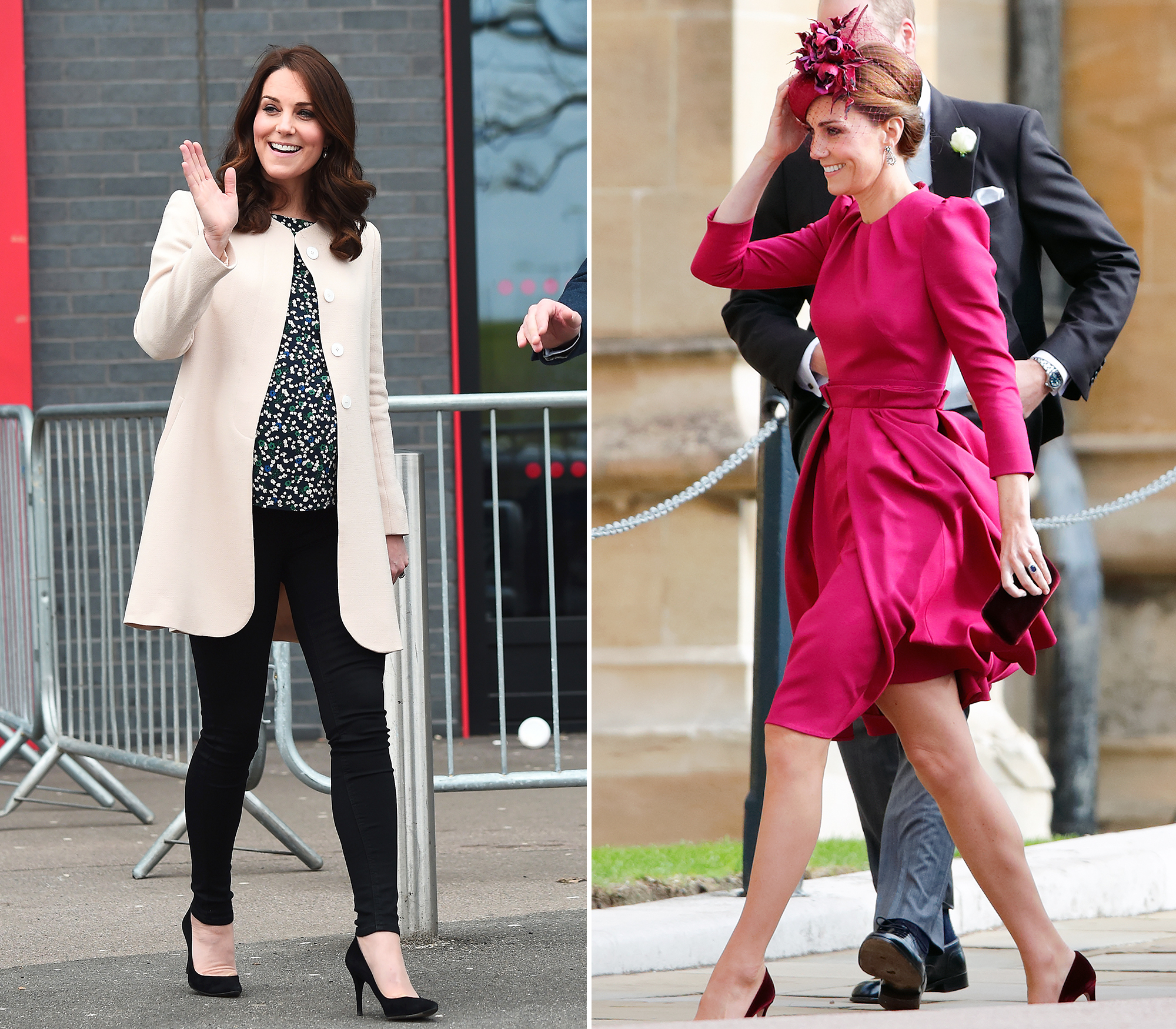 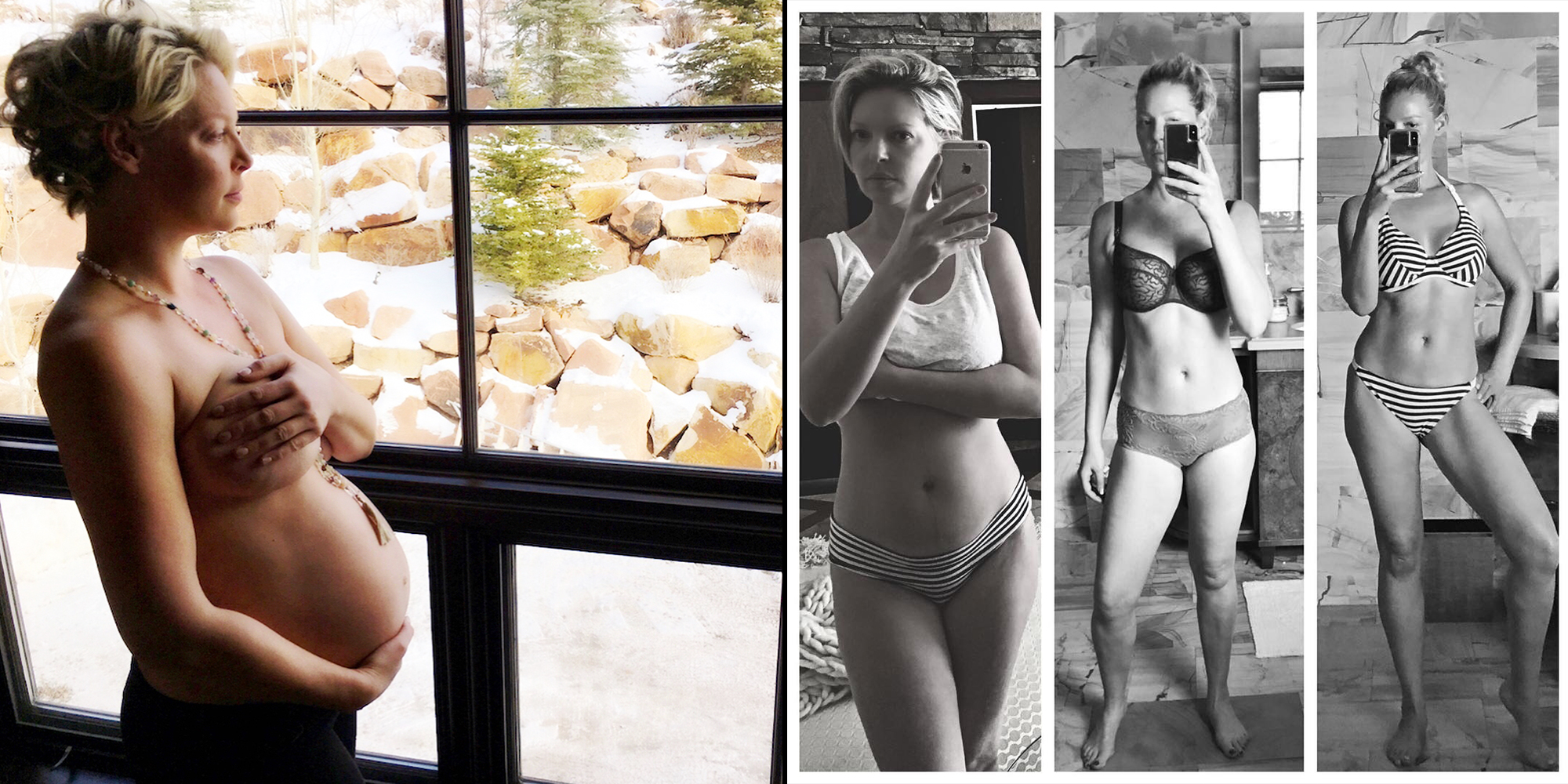 Proud of her hard work. Katherine Heigl, who welcomed son Joshua Jr. in December 2017, showed off a series of progress photos on her blog in February 2018. The Knocked Up actress wrote: “It’s been almost 14 months since Joshua Jr was born and it has taken me about that long to really get back in shape.” 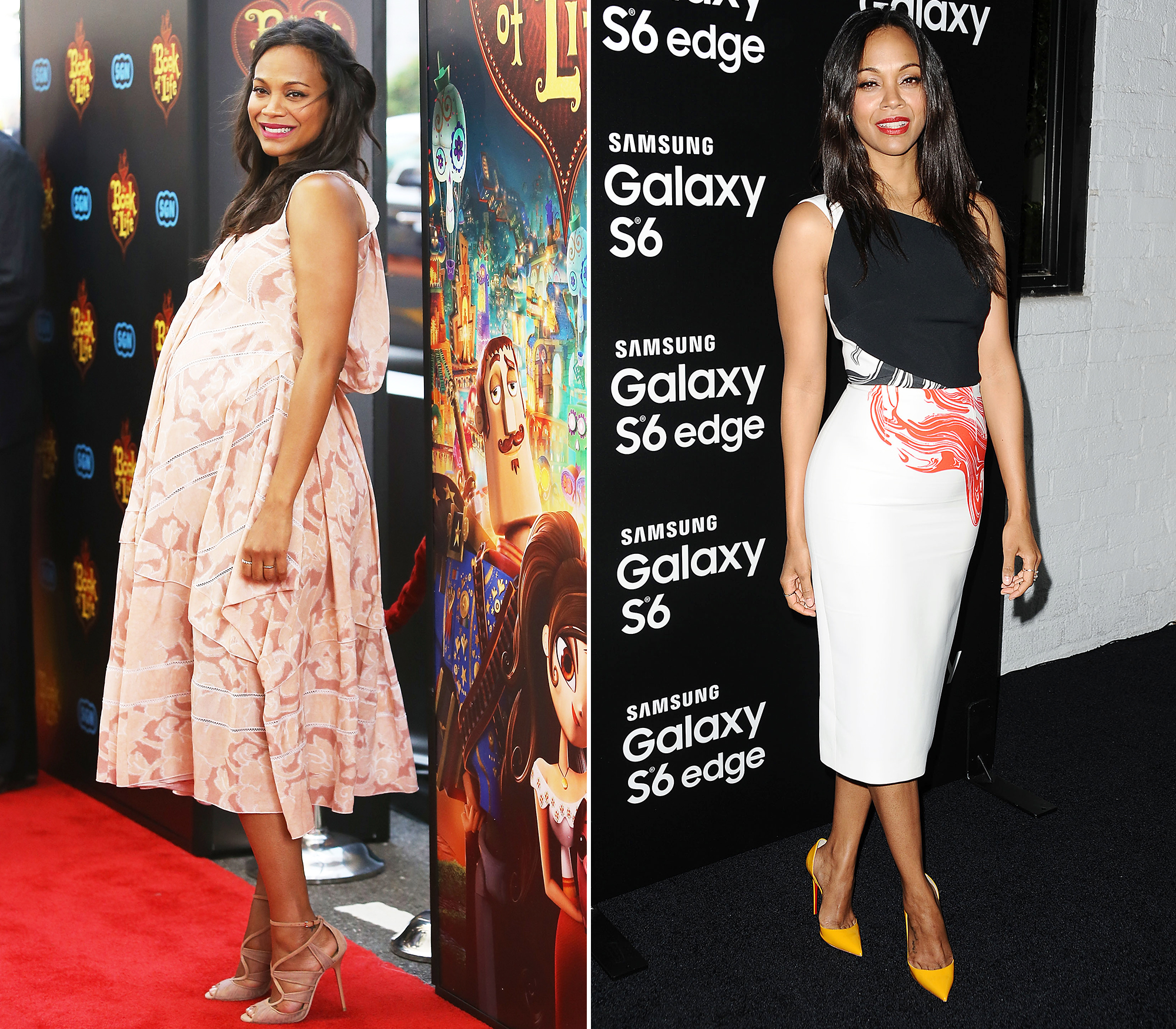 OMG! Zoe Saldana stepped out in April 2015, welcoming her twin boys Bowie and Cy with husband Marco Perego in January 2015.