Skip to content
HomeKids Health‘Why do some parents take kids for A-rated movies, against the rules?’

It's not even about which moral camp you belong to. It's purely about the psychology of the child and how inappropriate content confuses or harms them. They soak in prevalent prejudices portrayed in the movie, without really knowing the complete picture. 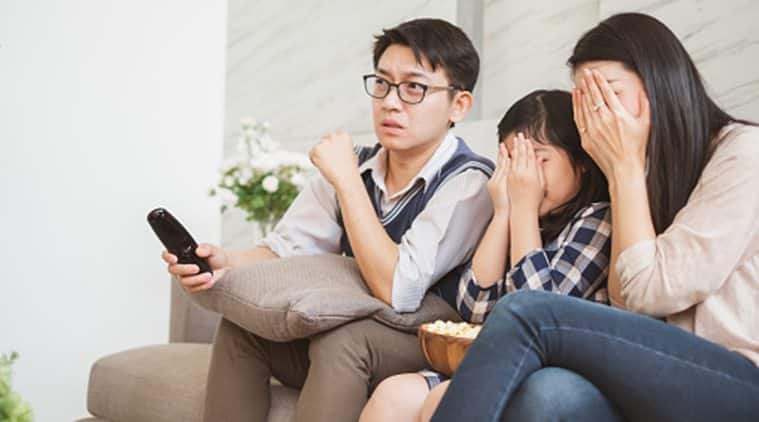 Recently, on a social media group, Kavita Bagga, a resident of Gurugram, exasperatedly asked a pertinent question, “Is your parenting style a personal matter or does it have a public repercussion, considering the upbringing of your child prepares him or her to grow up and engage with society at large?” The context was a newspaper article that pointed out how movie-goers continue to bring their kids along to A-rated films and there’s nobody checking them. In the article, a cinema hall manager had justified their callousness by saying that people will just take their business elsewhere.

It’s not about other patrons being disturbed by a kid running around or asking awkward questions in a film like Kabir Singh. It’s not even about which moral camp you belong to. It’s purely about the psychology of the child and how inappropriate content confuses or harms them. They soak in prevalent prejudices portrayed in the movie, without really knowing the complete picture. They can certainly pick up bad language and lewd gestures. Their young brain is not fully developed for managing certain emotional responses or understanding adult humour. They can get anxiety or nightmares after watching something scary. And more often than not, they can’t articulate how they’re feeling and why.

Sonal Sood, a Delhi-based psychotherapist says, “My views on the matter are that advisories for films must be taken seriously. Exposing children to inappropriate subject matter – violence, sexualised behaviour, gendered story lines, trauma – can all have lasting impact on a child. Some parents believe that small children don’t know what’s going on. This is often what parents say to themselves but children even as young as two are very aware. The visual medium is what children connect with. Their brains are wired to learn visually, so anything on a screen will impact them. Children internalise everything we expose them to and it becomes their inner voice to themselves and for the world around them.

Disney Channel has humorously touched upon this tricky topic in their ad, urging parents to let their kids watch what’s meant for kids.

Often, parents take their children to movie halls due to lack of childcare at home or a lack of alternatives for family-friendly outings. Children don’t need a lot to entertain themselves. We adults make their need for entertainment complex because it may seem boring and tedious to us parents, after a long day.

Cinemas across the world stick to age advisories. It’s sad that in a country where the censor board is so active, we are unable to enforce age guidelines. That said, it is a parent’s responsibility to help their children understand what’s age-appropriate for them. Parents need better information about child rearing and the importance of setting boundaries for a child. As it is, letting children be children is a huge challenge in an age where screens are so easily available to them.”

Mahak Jain, an NRI residing in London, says, “We are required to buy a full-price ticket for an adult and a child-price ticket for kids. That serves as a deterrent in itself. Plus, carrying IDs is essential, which are checked and if the movie is for 13 and older, a younger child simply won’t be allowed inside. I have not been to the cinema hall for some time now because both my kids are still small and we don’t have help to leave them with. My husband and I are happy to stream films online after tucking the boys into bed. Why are people not more aware, and why is it so difficult for the same rules to be enforced in India?”

Overseas, the film ratings are decided by an association, keeping the current parental outlooks in mind. In India, the Central Board of Film Certification consists of a panel appointed by the central government, comprising people from various walks of life. They state that “If the Board, having regard to the nature, content and theme of the film is of the opinion that it is necessary to caution the parents/guardian to consider as to whether any child below the age of twelve years maybe allowed to see such a film, the film shall be certified for unrestricted public exhibition with an endorsement to that effect.” Which means it will have the U/A certification. U-certified films mean suitable for family viewing, that is to say, the film shall be such that all the members of the family including children can view it together.

To sum up, it’s a bad idea to take kids for movies past their bedtime. Paediatricians strictly advise against screen time for children under two. Also, from a kid’s point of view, it’s torture to sit quietly through a full-length feature film, especially if it’s of no interest to them. So the next time you watch a movie with your kid, keep their desire and readiness in mind as well.