As I've gone through life as a girl, then a woman, I've noticed there are a few things that definitely happen to women's bodies but are never really talked about. It was several years until I found out about postpartum alopecia or what an episiotomy is. I was also kind of surprised to find out that female pattern baldness is a thing — and it may be the reason why your part is starting to widen. And in the complete opposite direction, there's the topic of facial hair.

Now, there are plenty of women and femmes out there who are happy to openly talk about waxing their 'staches or plucking those chin hairs that always seem to sprout at the most inopportune moments. But there are also those who are a little more apprehensive about the topic, and in 2021, I'd say it was time to strip away the pretensions, no? Many of us do some kind of facial hair removal. And that includes the rich and famous, the people in our society that are deemed the most beautiful — yes, even the ones who have made that "Most Beautiful" list.

"When I was growing up, I used to use depilatories [to remove facial hair which would] take my skin off," Halle Berry, Oscar-winning actor and now Finishing Touch ambassador, tells me over a Zoom call on a Thursday afternoon. We're talking about her partnership with the brand, whose "Flawless" hair removal tool she is fronting. "That would burn my lip, and then I'd have a scar for six months, like a muzzle around," she explains.

Thankfully, things have greatly improved since Berry's depilatory days. When she discovered the Flawless tool, she was an immediate convert — she shared with me that she's been using the product before she even decided to partner with the brand. "These products just have taken all that [damage] off the table. We can [remove the hair] now, effortlessly and cleanly. We're not going to hurt or scar ourselves — we just get rid of the hair." 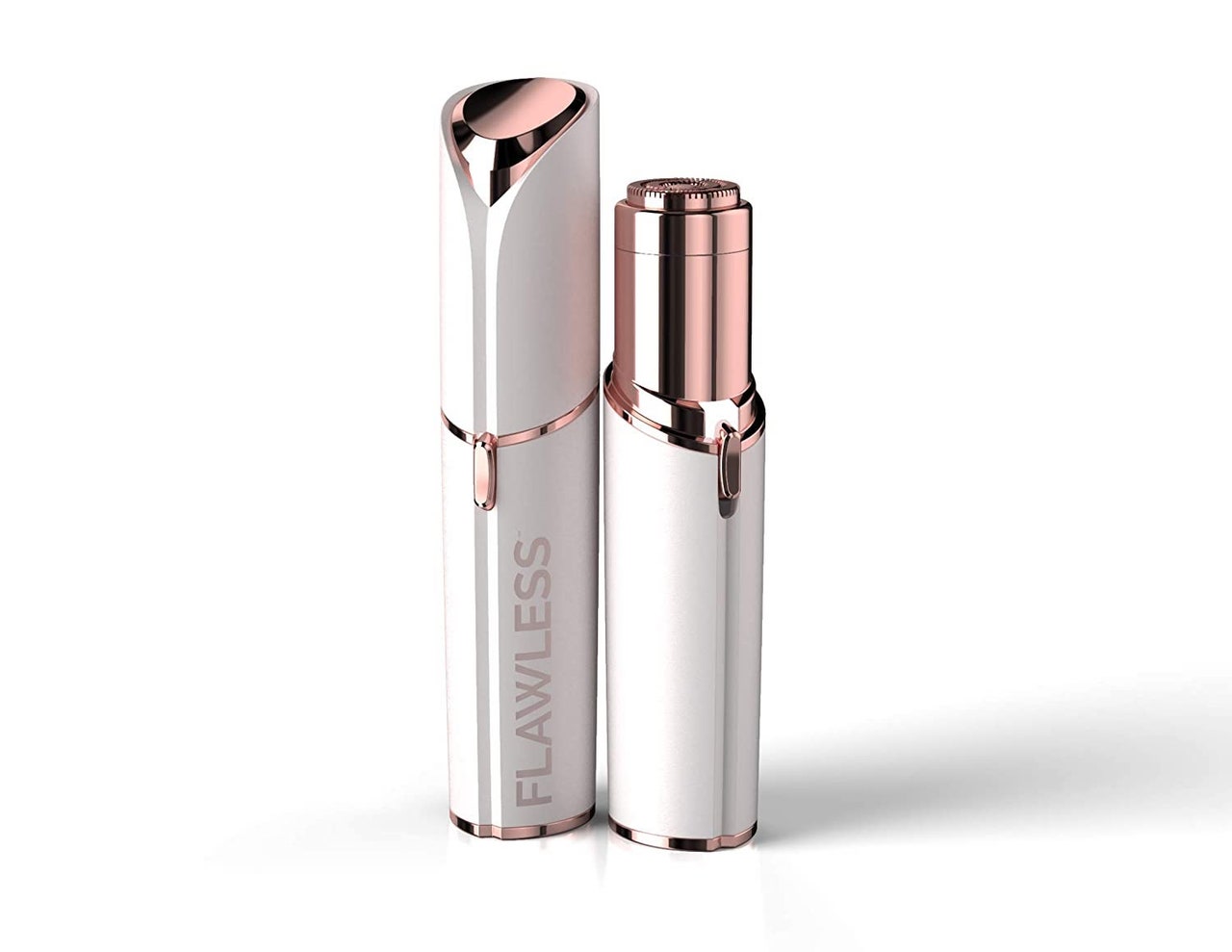 Berry tells me she uses the tool — which is about the size of a foundation stick — on her upper lip, sideburns, and chin for those errant hairs that have "the nerve" to crop up. It works so well for her, she says, that she's even got her 13-year-old daughter Nahla to use it and other hair removal products from the brand.

"My daughter is really in love with the new razor, because she's just learning. I can give her this and know she's not going to draw blood in the bathtub," she shares. "As a mother, that makes me feel really good." 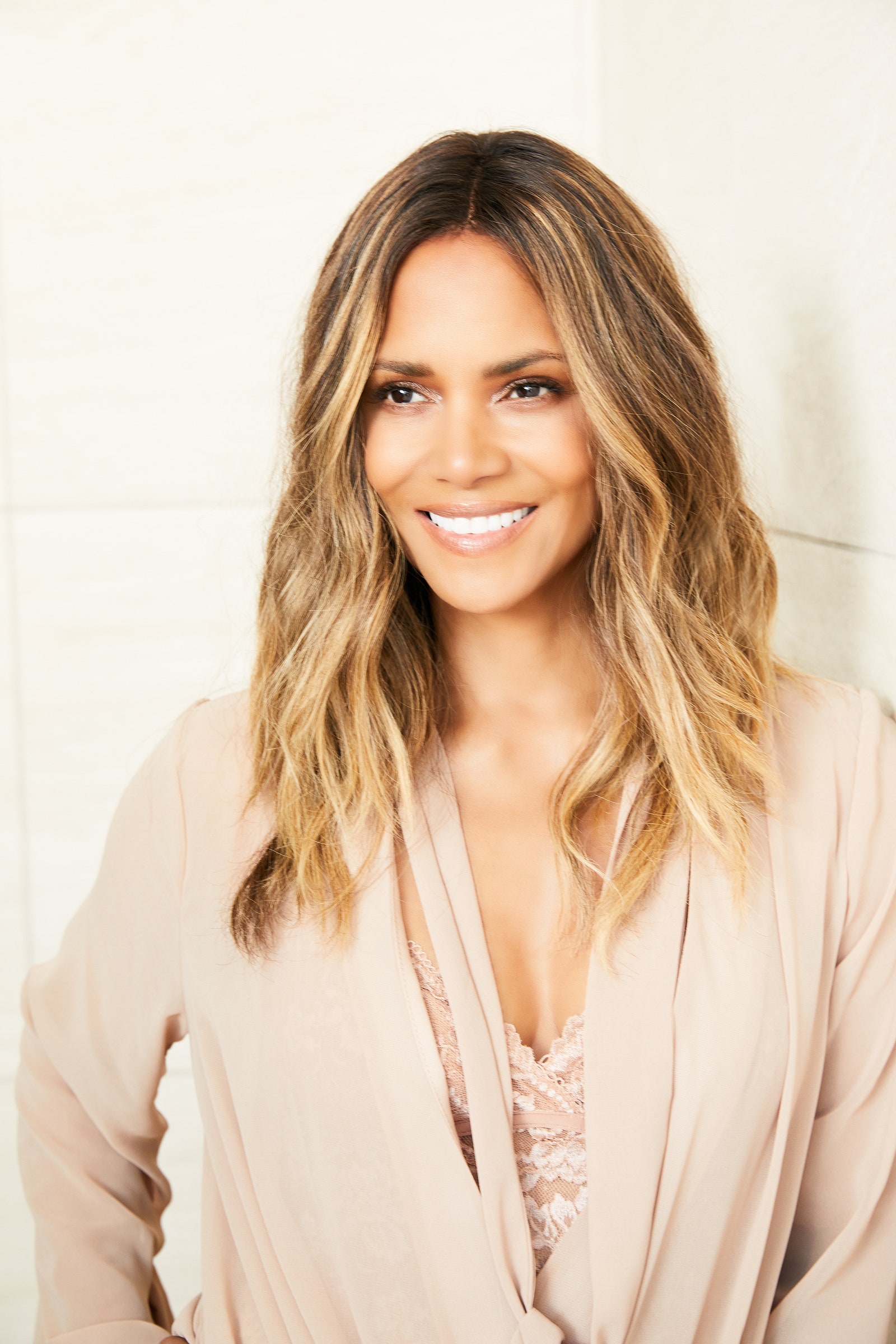 In times like these, feeling good, or at the very least, worried about one less thing is absolutely key. Thanks to the pandemic, there's been a hyperfocus on self-care and for many people, that takes the form of doing more beauty treatments and rituals at home. And it's not just a phenomenon amongst us decidedly unfamous lot — celebrities, including Berry, have been getting in on the action, too.

"I've been doing a lot of home facials with products from the house like yogurt and honey, cucumber water, rosewater — things that I can easily get," she shares. "That's been helpful. I've had more time to meditate than I normally have. I have this little sanctuary in my backyard that I found myself having a little bit more time to go to than I used to. That's been really nice."

Another huge part of Berry's self-care routine, pre- and during the pandemic, has been fitness. The actor's Instagram account is a veritable fitspo wonderland. Apropos, as Berry's created Respin, her wellness and fitness platform. Sprinkled through images of her posing in verdant settings, are photos of her working out with her personal trainer, doing sit-ups while dangling from a punching bag, or standing triumphantly after a boxing session.

"I work out at least four to five days a week," which, she says, has also helped her manage her diabetes. "I know I'm doing the best thing I can do for my body to stay as healthy as I can and be here as long as I can for my kids."

Frequent workouts can sometimes do a number on your skin. All that sweating can cause you to break out, and it's an issue Berry has dealt with. But she's found a way to mitigate the undesirable side-effects, and it's all about the prep.

"Before I work out, I make sure my face is cleansed and I put a topical product on my face that I really care about absorbing into my skin," she says. "[I'll use] hyaluronic acid or some sort of vitamin C because that's what I know I want to [be asborbed]."

When she's done, she says she cleanses again. "I do a lot of martial arts, so sometimes my face is on mats or I'm getting hit with gloves that aren't exactly clean," she says. "So, then I want to go cleanse right after I work out too, which is really important."

According to Connecticut-based board-certified dermatologist Mona Gohara, cleansing before and after a workout might be a good strategy if you're battling breakouts. "It depends on the person," says Gohara. "If the friction or sweat makes [you] acne-prone, it isn't a bad idea."

Before I signed off from my chat with Berry, I had to ask — is there anything she ever picks up at the drugstore? Celebrities have so much access to expensive beauty products — whether they're using their own coin or getting it for free from the brands — but I'm always curious as to what, if anything, they may pick up on a Target run (clad in large sunglasses and a baseball cap, of course).

Berry had to think a bit, but after a few beats, she tells me that though she doesn't do the bulk of her beauty shopping in the drugstore, she is partial to a nice body scrub, especially during those aforementioned spa sessions. "[They help] give my home spa experience a lift," she says.