TUESDAY, Feb. 26, 2019 — When times are tough, single moms tend to spend more on their children’s health care than on their own, a new study finds. But two-parent families are less likely to make that change, the researchers said. The study looked at how losing a job, money or health insurance affects a
Read More The face of HIV in the United States has long been white gay men, even though the epidemic has had a devastating and disproportionate impact on African-American communities. This is especially true among women; 60 percent of newly diagnosed cases of HIV in women in 2017 were African-American. Yet, African-American women’s voices are notoriously absent
Read More Many South Asian immigrants from countries where tuberculosis (TB) is common do not get tested even though they are at high risk for developing the disease, according to a recent study by Rutgers University and St. Peter’s University Hospital. Tuberculosis, which mainly affects the lungs, kills more people worldwide—about 1.6 million—than any other single infectious
Read More 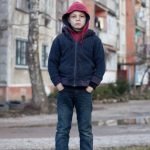 (HealthDay)—For many city-dwelling teens with asthma, their chronic lung disease may go undiagnosed and untreated, a new study finds. According to a survey of more than 33,000 New York City high school students, 20 percent reported having asthma-like symptoms, but were not diagnosed with the illness. The researchers also found that teenage girls and Asian-Americans
Read More

TUESDAY, Sept. 11, 2018 — Many outpatient opioid prescriptions have no documented medical indication, according to a research letter published online Sept. 11 in the Annals of Internal Medicine. Tisamarie B. Sherry, M.D., Ph.D., from the RAND Corporation in Boston, and colleagues examined the percentage of opioid prescriptions with a documented medical indication between 2006
Read More Ever tried a traditional Chinese medicine for your cold? You might want to question what’s really in that “natural extract”. Nearly 80% of Chinese patent medicines are mislabelled, a new study from the University of Guelph has found. Scientists at the uni worked with Chinese researchers to examine 20 extracts and 47 Chinese traditional medicines.
Read More Glial cells surround neurons and provide support—not unlike hospital staff and nurses supporting doctors to keep operations running smoothly. These often-overlooked cells, which include oligodendrocytes and astrocytes, are the most abundant cell types in the central nervous system. But these cells do more than support neurons. They also actively influence them, University of California, Riverside,
Read More With each new version of the widely-used manual of mental disorders, the number of mental health conditions increases. The latest version (DSM-5) lists around 300 disorders. To complicate things, many share common features, such as depression and anxiety. The manual is a useful guide for doctors and researchers, but making a diagnosis is not a
Read More

Transgender and gender-nonconforming youth are diagnosed with mental health conditions much more frequently than young people who identify with the gender they are assigned at birth, according to new Kaiser Permanente research published today in Pediatrics. While this subject has been analyzed in small, specialized, clinic-based studies that rely on self-reported behavior problems, this large
Read More
Health Problems