Anti-vaccine billboards claiming that routine childhood shots are deadly have popped up in several West Virginia cities. They warn that the son of former Ultimate Fighting Championship fighter Nick Catone died from a vaccine, though the infant’s death was officially ruled to be sudden infant death syndrome. A physician director for the Cabell-Huntington Health Department,
Read More

Since 2013, gifts and payments to doctors by pharmaceutical and medical device companies have been publicly reported. In addition, some medical centers, physician employers, such as Kaiser Permanente, and states have banned or restricted detailing visits, physician payments or gifts. Some manufacturers have also changed their practices for certain gifts. In order to better understand
Read More 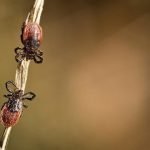 Physician burnout is at least equally responsible for medical errors as unsafe medical workplace conditions, if not more so, according to a study led by researchers at the Stanford University School of Medicine. “If we are trying to maximize the safety and quality of medical care, we must address the factors in the work environment
Read More

It is currently recommended in Europe that screening for hepatitis C virus (HCV) should target people at high risk of infection. In France, public health data suggest that in 2014 approximately 75,000 people aged 18 to 80 were infected by HCV, but were unaware of their status. In at least one in ten cases, these
Read More

Several states are likely dramatically underestimating the effect of opioid-related deaths because of incomplete death certificate reporting, with Pennsylvania leading the pack, according to a new analysis by the University of Pittsburgh Graduate School of Public Health. The study, published today in Public Health Reports, the journal of the Office of the U.S. Surgeon General,
Read More

Nurse practitioners (NPs) are providing an increasing proportion of primary care, which is in short supply in many areas of the country. NPs deliver quality care in retail clinics, community health centers, rural clinics, and in primary care and specialty medical practices. In an article published today in the New England Journal of Medicine, University
Read More

Most participants in clinical trials believe the benefits of broadly sharing person-level data outweigh the risks, according to a new study by Stanford University researchers. And despite low levels of trust in pharmaceutical companies, most of those who take part in clinical trials are willing to share their data with drug firms, the researchers found.
Read More

Better educational opportunities and higher incomes may be key to closing the gap of cardiovascular health behaviors — including smoking, physical activity, and diet quality — between black and white Americans, according to a new study led by a University of Iowa researcher. The study, headed by Kara Whitaker, assistant professor in the UI’s Department
Read More

Healthcare access and quality improved globally from 2000-2016 due in part to large gains seen in many low and middle-income countries in sub-Saharan Africa and Southeast Asia, according to the latest data from the Global Burden of Disease study published in The Lancet. Despite this, some countries saw progress slow or stall over this time.
Read More 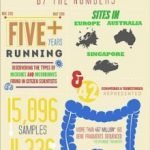 Children who participate in gun safety programs often ignore what they learned when encountering a real firearm, according to a Rutgers School of Nursing study. The report, published recently in Health Promotion Practice, reviewed 10 studies on the effectiveness of strategies for teaching gun safety to children ages 4 to 9. The researchers found such
Read More

Prescription drug monitoring programs (PDMPs) are a key component of the President’s Prescription Drug Abuse Prevention Plan and considered a critical tool for reducing prescription opioid-related illness and death. The results of a study just conducted at Columbia University’s Mailman School of Public Health and University of California, Davis, show there is insufficient evidence to
Read More 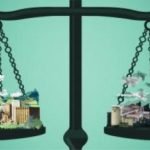 Researchers at the George Washington University (GW) are at the forefront of analyzing how climate lawsuits shape the nation’s response to climate change. A new analysis investigates the role of health concerns in climate litigation since 1990 and finds that although health is cited in a minority of cases, it may have critical potential for
Read More
Health Problems