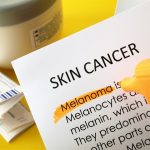 A new prototype photodynamic therapy (PDT) device that can be used at home significantly reduces pain levels during treatment of basal cell carcinoma (BCC), while achieving efficacy comparable with a hospital stay. These findings come from a breakthrough pilot study, presented today at the 30th EADV Congress. The efficacy of PDT, a treatment that involves
Read More 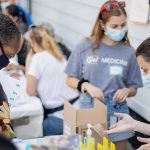 Those who self-identify as Hispanic or Black have a lower self-perceived risk of melanoma. In fact, people of color receive little to no information concerning skin cancer risks and prevention strategies and experience a longer time from diagnosis to definitive surgery, resulting in far worse outcomes, compared with non-Hispanic Whites. Volunteers and participants at the
Read More 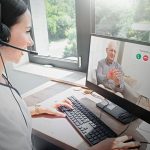 Telemedicine has had a profound effect upon the practice of rheumatology during the COVID-19 pandemic and will continue to do so afterward, speakers predicted at the 2021 Rheumatology Winter Clinical Symposium. “Telemedicine will change the way we do business. It already has,” observed Eric M. Ruderman, MD, professor of medicine (rheumatology) at Northwestern University in
Read More

Telemedicine has had a profound effect upon the practice of rheumatology during the COVID-19 pandemic and will continue to do so afterward, speakers predicted at the 2021 Rheumatology Winter Clinical Symposium. “Telemedicine will change the way we do business. It already has,” observed Eric M. Ruderman, MD, professor of medicine (rheumatology) at Northwestern University in
Read More 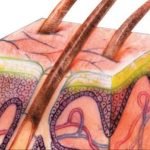 A Massachusetts General Hospital (MGH) research team has identified interaction between two elements of the immune system as critical for the transformation of a protective immune response into chronic, cancer-promoting inflammation. In their report published in PNAS, the investigators demonstrate that elevated levels of the immune factor IL-33 and regulatory T cells (Tregs), which suppress
Read More

Cardiff University researchers have uncovered new information about the underlying mechanisms for gastric cancer, providing hope of potential new therapies in the future. The team, at the University’s European Cancer Stem Cell Research Institute, found they could stop gastric cells dividing and growing by deleting a particular cell-surface receptor implicated in the function of stem
Read More

A new Tel Aviv University study finds that eosinophils — white blood cells that may have played an evolutionary role in combating parasites, but which are today responsible for chronic asthma and modern allergies — may be used to eliminate malignant colon cancer cells. The research was led by Prof. Ariel Munitz of the Department
Read More 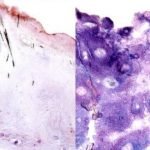 Scientists at the Eli and Edythe Broad Center of Regenerative Medicine and Stem Cell Research at UCLA have discovered that squamous cell skin cancers do not require increased glucose to power their development and growth, contrary to a long-held belief about cancer metabolism. The findings could bring about a better understanding of many cancers’ metabolic
Read More

Scientists at the German Cancer Research Center (Deutsches Krebsforschungszentrum, DKFZ) have now found a cause for the frequent catastrophic events in the genetic material of cancer cells that have only been known for a few years: If an important DNA repair system of the cells has failed, this promotes fragmentation and defective assembly of the
Read More
Health Problems