Brickie Ben Roche in March 2017 fell five metres from a collapsed scaffold headfirst on to concrete at a building site at Richlands.

He ended up in hospital in an induced coma. 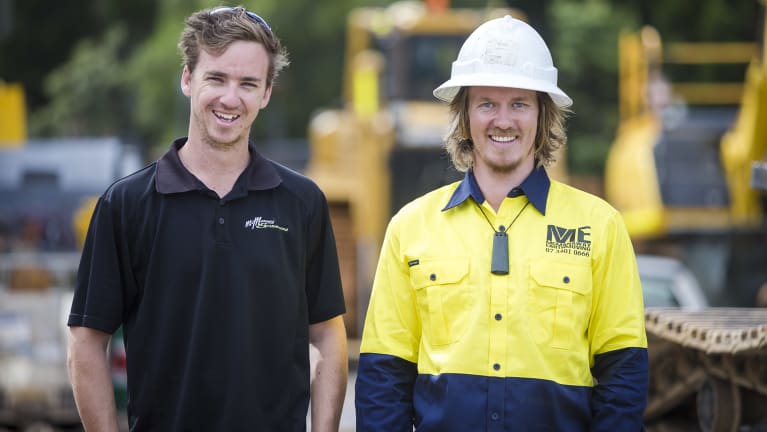 He was comatose for 10 days to allow swelling on his brain to reduce.

Mid-2018, and 27-year old Mr Roche, now living in Beenleigh, is almost back to full-time work, this time as a driver for an earth moving company.

Mr Roche is driving trucks, not working as bricklayer. But he is alive, walking without a limp and employed. If you met him, you would not notice a thing out of place.

He won Best Apprentice at New Zealand’s national Golden Trowel awards in his first year on the job. He followed up this achievement with an outstanding fourth place finish at the World Skills competition in London in 2011.

“Bricklaying was always a passion from the time I left school,” Mr Roche said.

“The hardest part –after the accident – has been adjusting to the reality that I’ll never be able to do it again.

“It’s not safe for me to work at heights or deal with the mental stress of managing teams.”

Mr Roche is one of 66,430 Queenslanders who lodged a workplace accident claim in 2017 through Workcover Queensland.

The top five injuries reported to Workcover Queensland in 2016-17 were:

More than 92 per cent of those workers return to work. Some to their employment; others like Mr Roche to new, or modified careers.

In Mr Roache’s case, getting back to work was not easy. He began an intensive physiotherapy program.

Twice a week he went to speech therapy classes to relearn to speak, to improve his memory and his reasoning.

“It was initially frustrating to be told by the doctors about all the things I could no longer do because of my injury,” Mr Roache said.

“But I’ve been really determined to find things in life that I can still enjoy.”

And he is determined as hell.

“An old bloke told me, ‘If you want sympathy, look it up in the dictionary’,” Mr Roache said.

He began to help himself. He may no longer play rugby, but he is coaching the local under six rugby team.

“Talking to the kids and helping them improve their rugby is so fantastic because it lets me pursue my passion for rugby and still be involved in the sport,” he said.

Mr Roche has taken his time getting back to work with Cleveland demolition and earthmoving company McManaway Earthmoving.

His best mate from New Zealand is the company’s operations manager.

He persuaded his boss, McManaway Earthworks’ James McManaway, to give him a chance.

“Sitting around was just making me crazy," Mr Roache said.

“I was really in a downward spiral of depression and I just really needed to get back to work.”

He began working one day a week and now works four days week.

Mr McManaway gave him the chance to return to work.

“Ben has been so keen to get back to work. He’s so committed to picking up new skills and he tackles every task we give him with energy and confidence,” he said.

“We make sure that Ben doesn’t feel pressured to do any jobs he’s not confident of performing safely and, despite his injuries, Ben has been so positive and motivated about his recovery and has been a reliable employee since day one.”

Mr Roche knows he is lucky to be back in the workplace.

“My boss knows how far I should safely push myself,” he said.

“I know, if I’m not feeling right, my boss is happy for me to stop work and go for a quick walk and get some fresh air.

“It’s about my happiness.

“I keep reminding myself that this is my life and it’s up to me what I do about it.”