Skip to content
HomeHealth NewsAre you using your asthma inhaler the WRONG way?

As Britain’s asthma death rate rises by 20 per cent: Are you using your inhaler the WRONG way?

A revolutionary hand-held device can help asthma patients use their inhalers properly. The gadget flashes a green light if the right amount of medication has been inhaled, and a red one if not.

Called the Airbrio, it could cut asthma attacks and wheezing by ensuring sufferers get the right amount of drug into their lungs.

The charity Asthma UK estimates up to one in three patients is making their condition worse by not using their inhaler properly. 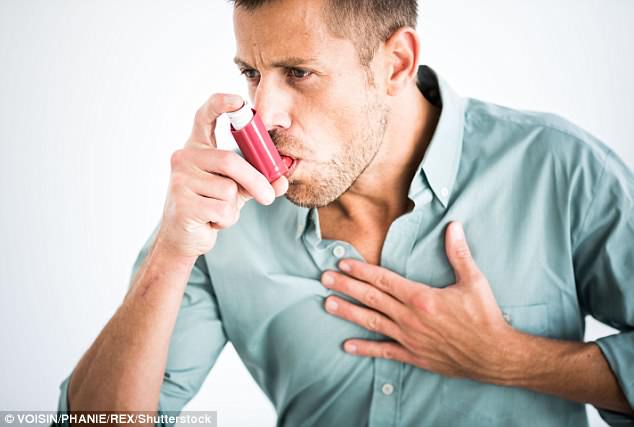 Last week, it unveiled research showing that Britain’s asthma death rate is among the worst in Europe — up 20 per cent in the past five years, with more than 1,400 people a year dying from the incurable condition.

It warned patients are not getting yearly reviews or regular checks from their GP to make sure they are using inhalers properly.

Asthma patients use inhalers to take steroids, such as beclomethasone (which dampens down inflammation in the lungs and prevents asthma attacks), or a drug called salbutamol, better known as Ventolin, to open the airways when they become wheezy.

Inhalers are used rather than pills because they act more quickly, since the drug does not first have to pass through the stomach and into the bloodstream. But to get it deep into the airways where it is needed, the patient must have the right technique.

This involves first breathing out fully, then inhaling deeply at the exact moment they press the canister, then holding their breath for ten seconds to allow the aerosol drops to settle on the surface of the airways.

If they don’t, the medication simply won’t work. It’s a technique that many struggle to master and so they may end up with the medicine being deposited on the tongue or at the back of the throat, instead of reaching the lungs.

In the Nineties, ‘spacers’ were developed to help crack the problem. These are egg-shaped plastic chambers into which the inhaler is inserted at one end. 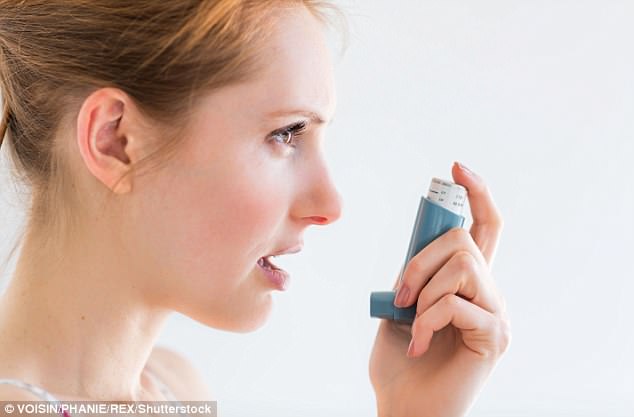 Risk: Asthma UK estimates up to one in three patients is making their condition worse

The advantage is that spacers hold the drug inside the chamber until the patient is ready to breathe through the valve, so getting the timing right is much less important.

But young children sometimes struggle to breathe in sufficiently to open the valve, as their breaths are not deep enough, while a common mistake among adults — even those using spacers — is to take short, rapid breaths, rather than the slow, steady, deep ones needed to draw the medicine down to the lungs.

A 2016 study by the Autonomous University of Barcelona looked at whether there had been an improvement in how patients had been using inhalers without spacers since the Seventies.

Writing in the journal Chest, the researchers concluded: ‘Incorrect inhalation technique is unacceptably frequent and has not improved over the past 40 years. There is an urgent need for new approaches to education and drug delivery.’

One of the warning signs that inhaled steroids are not being taken correctly is a persistent sore throat or a hoarse voice — caused by the bulk of the drug being deposited in the throat. Tasting the medicine in your mouth or ‘smoke’ coming out of the nose or mouth are other signs.

The Airbrio device looks similar to a spacer, but has built-in sensors in the mouthpiece to monitor the amount of drug that passes through it when the patient inhales.

A microchip inside the device stores data and automatically transmits it to a smartphone app via a wireless connection.

The patient inserts their inhaler into one end of the spacer-like device and presses a button on the mouthpiece in order to switch on the sensors.

A panel of lights on the device shows whether they are inhaling correctly. If their technique is too slow, fast or weak, a red light shows.

Correct technique triggers a green light — two amber lights are then displayed once they have taken the medicine successfully.

The app plots the readings into a chart, allowing the patient to monitor how well they are using their inhaler.

In a recent trial involving 29 patients with severe asthma, GPs at Aberfoyle Medical Practice in Derry, Northern Ireland, measured lung function in the patients before and after using the Airbrio with their inhaler every day for eight weeks.

The results, published recently in the Primary Care Respiratory Journal, showed that lung function improved significantly in almost half of the volunteers. Two-thirds of them found that their inhalation technique had improved.

‘Any interventions that improve inhaler technique would be very useful and this device could benefit asthma management,’ he says.

‘But we need more evidence on its effectiveness before it can be widely used.’

The device is undergoing further testing and is expected to be available to buy or rent without prescription from early 2019.