Skip to content
HomeHealth NewsEating nuts lowers the risk of heart flutter, a major cause of stroke

Eating a handful of nuts 3 times a week can reduce the risk of developing an irregular heartbeat – a major cause of stroke – by 18%, study finds

A large study has found that people who regularly eat a small quantity of nuts could have a lower risk of developing irregular heartbeat, a major cause of stroke.

The research showed that eating nuts at least three times a week was associated with an 18% reduced risk of atrial fibrillation, a heart condition often felt as an irregular heartbeat.

Nearly 1.3 million people in the UK have been diagnosed with atrial fibrillation, and abut 500,000 more have the condition but are not diagnosed, according to the British Heart Foundation. 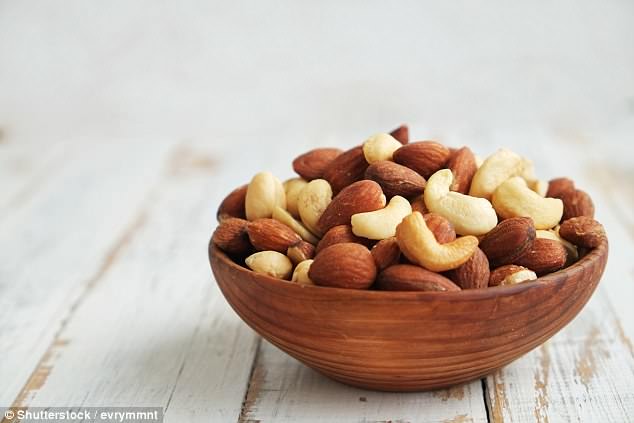 Research showed that eating nuts at least three times a week was associated with an 18% reduced risk of atrial fibrillation, a heart condition often felt as an irregular heartbeat

Another finding in the study was that moderate (one- to-two times per week) – but not high consumption – was associated with a lower risk of heart failure.

The researchers, from Sweden’s Karolinska Institute, looked at over sixty thousand Swedish adults and followed their consumption of nuts and almonds and their heart health over 17 years.

The findings initially suggested that nut consumption might also be associated with a lowered risk of heart attack and stroke. 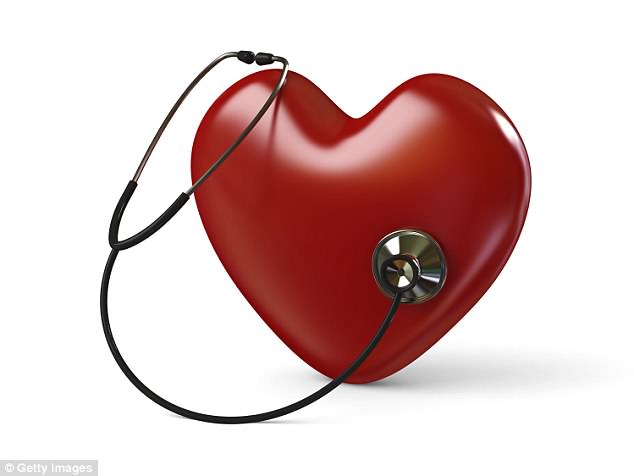 But study participants were more likely to be younger and physically active, had healthy weight, drank less alcohol and consumed more fruits and vegetables. Once those lifestyle factors were taken into account, that association for heart attack and stroke disappeared.

More clear was the benefit for reducing the risk of irregular heartbeat and, to some extent, heart failure.

‘Since only a small proportion of this population had moderate (about 5 per cent) or high (less than 2 per cent) nut consumption, even a small increase in nut consumption may have large potential to lead to a reduction in incidence of atrial fibrillation and heart failure in this population,’ the authors concluded in their study, which was published in the journal Heart.

WHAT IS A STROKE?

There are two kinds of stroke:

An ischemic stroke – which accounts for 80 percent of strokes – occurs when there is a blockage in a blood vessel that prevents blood from reaching part of the brain.

The more rare, a hemorrhagic stroke, occurs when a blood vessel bursts, flooding part of the brain with too much blood while depriving other areas of adequate blood supply.

It can be the result of an AVM, or arteriovenous malformation (an abnormal cluster of blood vessels), in the brain.

Thirty percent of subarachnoid hemorrhage sufferers die before reaching the hospital. A further 25 percent die within 24 hours. And 40 percent of survivors die within a week.

Age, high blood pressure, smoking, obesity, sedentary lifestyle, diabetes, atrial fibrillation, family history, and history of a previous stroke or TIA are all risk factors for having a stroke.

SYMPTOMS OF A STROKE

Of the roughly three out of four people who survive a stroke, many will have life-long disabilities.

Both are potentially fatal, and patients require surgery or a drug called tPA (tissue plasminogen activator) within three hours to save them.