Instead of using a traditional stethoscope or otoscope to examine a patient, one physician-in-training at the University of Michigan uses a new device, with a long, flexible wire and camera at its tip. A live video feed plays important diagnostic information back on her cell phone.

The specially created device allows this medical student to overcome the challenges of performing standard patient examinations with limited mobility.

After a swimming accident at age 15 left Molly Fausone paralyzed from the chest down with limited use of her hands, she wanted to stay away from hospitals as much as she could. She spent the first half of her college career at Stanford University exploring her options, thinking maybe she would become an engineer.

“I wanted to find something I was excited about, and when I took a course in human biology I knew that was what I wanted to do,” Fausone said.

She thought about a career in biological research but medicine was still in the back of her mind. After graduation, she taught biology for a year at Stanford and enjoyed working closely with students.

“I slowly made my way back to medicine after my injury, working in a free clinic in Chicago for two years after teaching at Stanford. I had reached the conclusion that medicine was a good combination of research, interpersonal interactions and teaching, too,” she said.

Fausone is now a third-year medical student at U-M and is determined to become a doctor despite the physical limitations of her disability. She decided on U-M mainly because the administration was willing to work with her and help her overcome challenges she would face.

“It became clear early on that they’d be a good fit and go out of their way for creating an environment where I can be successful, and that goes with their general ethos of being responsible to their students,” Fausone said.

“Very few universities accept first year medical students who are paraplegic or quadriplegic,” said David Burke, professor and interim chair of the Department of Human Genetics. “Historically, certain people have been dissuaded from areas of medicine.

“Most of the imaging systems that doctors use require the doctor to be up against the patient’s ear or mouth or nose. The physician’s eye has to be collinear with the object being examined. If the patient is lying down, going to the other side of the patient isn’t always possible, as some examination rooms aren’t big enough to take a wheelchair around both sides.”

Recognizing that even a straightforward patient examination can pose a major challenge, Burke and David Lorch, program director for the Global Challenges for the Third Century Initiative on Deep Monitoring, started brainstorming, eventually creating a device that allows Fausone to examine a patient’s skin, eyes, ears, nose, throat and mouth from a distance.

“Being able to align my eye with a patient’s ear or nose isn’t the critical component of being a doctor,” Fausone said. “The crux of it is finding a problem, interpreting it and treating it.”

The device has a long, flexible wire and a camera in its speculum, which is the cone-shaped piece at the end of a standard medical otoscope used to examine a patient’s ears. The system displays images on any mobile device. 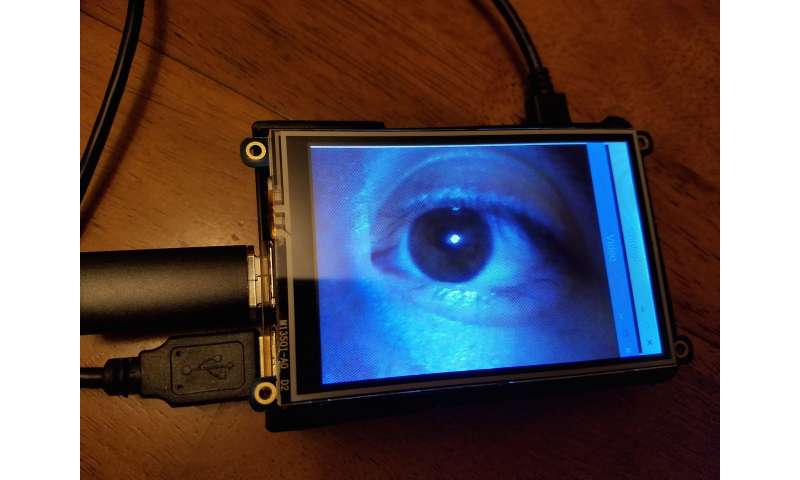 Burke and Lorch are working on adding other features to the device. Adding video recording, for example, would provide a variety of opportunities for all doctors, such as looking back at older recordings to see if a condition has changed, sending the recording to a specialist, or using it to teach medical students.

“We now have a set of low-cost technologies that make it easier to build machines that can capture high-quality information from patients and then send it, rather than the physician and the patient needing to physically be in the same place at the same time,” Burke said. “I think this will be particularly important for remote and underserved populations, places where there are a low density of physicians, especially specialists.”

The live video stream can enhance and zoom in on images to facilitate the physician’s examination. The device has its own WiFi network to ensure recordings are sent safely.

Another challenge Fausone faces is standard neurological examinations. These require the physician to exert significant force, such as when the examiner asks the patient to press against his or her hand with the same amount of force.

“We’re using three dimensional tracking technologies so that we can find a way for her to measure a person’s strength and mobility without her having to make direct contact with the patient,” Lorch said.

The device would capture the amount of force exerted, allowing for more accurate measurement compared to a physician’s subjective assessment of the neurological examination. Both Burke and Lorch also noted this device could help create more standardization in the medical field.

The goal is for these devices to be used by all physicians, regardless of whether they have a physical limitation or disability. The option to use such medical devices may open up the opportunities of a medical career for many individuals who otherwise would not be able to meet its demands. 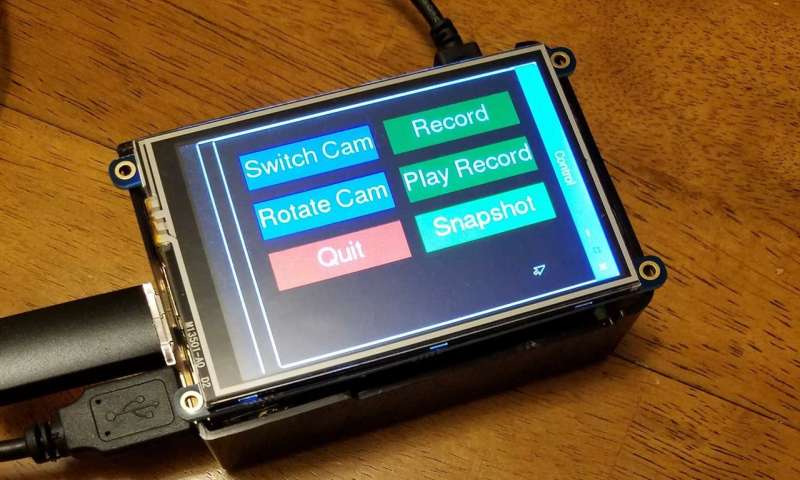 “There are also invisible disabilities such as hearing impairment or neurodevelopmental disability. Finding ways to adapt and accommodate training within medical professions is not just an issue for doctors with disabilities. This can be an issue for nurses, physical therapists, physician’s assistants, etc. Oftentimes, the environment becomes the factor that limits a person’s function and accessibility, and technology can serve as a bridge to these barriers.”

Fausone is currently piloting the device while Burke and Lorch continue to improve it. In the meantime, she has been seen using a stethoscope that Burke and another engineer, Fred Bayoff, made for her.

Burke and his colleagues received funding from Third Century Initiative Global Challenges grant program to create the force and movement assessing device as part of the larger project “Deep Monitoring.” The grant aims to find solutions to issues that impact communities, such as students, and then transfer solutions for use on a wider, global scale.

“We see technology as having the potential to help many people but only if it’s developed in such a way that is responsive to the needs of people with various types of disabilities,” said Michelle Meade, director of the TIKTOC RERC. “This project is very exciting because there’s the recognition that the technology is already out there to do this. It just needs to be adapted for Molly and other individuals.”