Skip to content
HomeHealth ProblemsMy cancer is in remission – does this mean I’m cured?

So you’ve been through cancer treatment and your doctor has called you in for “some good news”. Satisfied, she tells you your cancer is “in remission.”

What does this mean? Are you cured? Is the cancer gone forever? And what about all those stories you’ve heard of someone who thought they’d “won the battle” – but then their cancer came back?

Your cancer is in complete remission when, after treatment, no cancer can be detected. The term “cure” can only be used in hindsight. Commonly, years after the cancer has gone into remission, if it has not returned (or relapsed), it is said to have been cured.

However, a secondary cancer could occur if the same conditions that triggered the first are present.

When a cancer can no longer be detected, it’s cured only if the treatment has killed every cancer cell. But it’s difficult to know if that’s the case due to our inability to detect small amounts of cancer.

A skilled specialist may be able to feel a breast lump that is half-a-centimetre wide. A plain chest X-ray can be expected to detect cancers from 1cm wide. And a CT scan will detect smaller cancers to a few millimetres.

So, even when a cancer can no longer be seen and is no longer causing symptoms, there can still be millions of cells remaining. They can keep growing and eventually the cancer will be large enough to be detected again. That’s when the cancer is said to have relapsed. 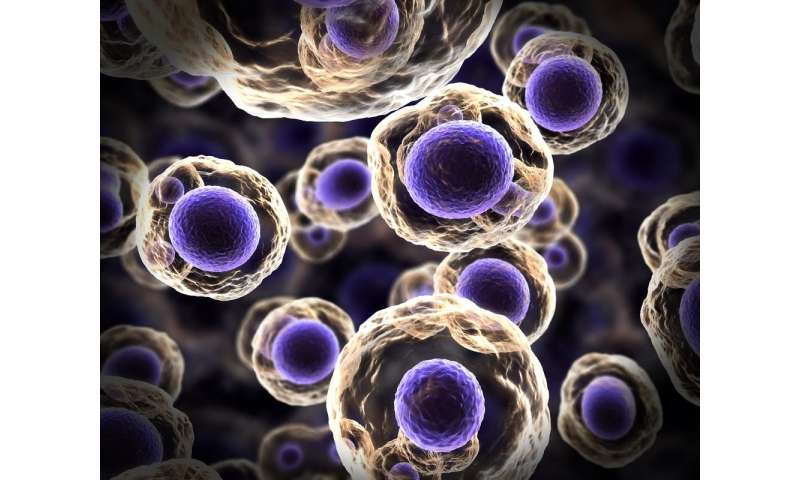 Some cancers, like testicular cancer, produce proteins (alpha FP and Beta HCG) that can be measured in blood. Measuring these is more accurate than scans in detecting small amounts of cancer.

Better still, chronic myeloid leukaemia (CML) – a rare form of leukaemia – has a characteristic genetic abnormality, which a very sensitive blood test can detect. This is helpful in determining whether a treatment has eradicated microscopic disease. The holy grail would be to develop such sensitive blood tests for every cancer.

Because we can’t tell whether remission means cure for most cancers, treatment strategies have been devised to increase the likelihood of cure. If a cancer is being treated with chemotherapy and becomes undetectable, further courses will be given to continue to reduce the remaining microscopic disease.

Some cancers, like breast and bowel cancer, where there is no visible disease after surgery, are given additional treatment in case some cells are still present near the operation site or have spread more widely through the bloodstream. Radiotherapy is given after the cancer has been removed by surgery to kill any remaining cells in the breast.

When it comes to brain cancer, it’s difficult to know if it has been completely cleared. The extent of surgery is limited because of the damage to normal tissues and function, and we don’t have very effective therapies to follow up the surgery. This is why it’s so difficult to cure.

It is common to use multiple types of treatment – surgery, radiotherapy or drug therapy – to improve the chances of a cure.

Chemotherapy may not be able to kill all of a cancer because it kills cells only when they are dividing, which means resting cells escape. Only a percentage of cells are dividing at any one time. In cancer that percentage is higher than in most normal tissues, so cancer suffers more damage than normal tissues with chemotherapy. Multiple doses might catch the resting cells when they begin to divide. 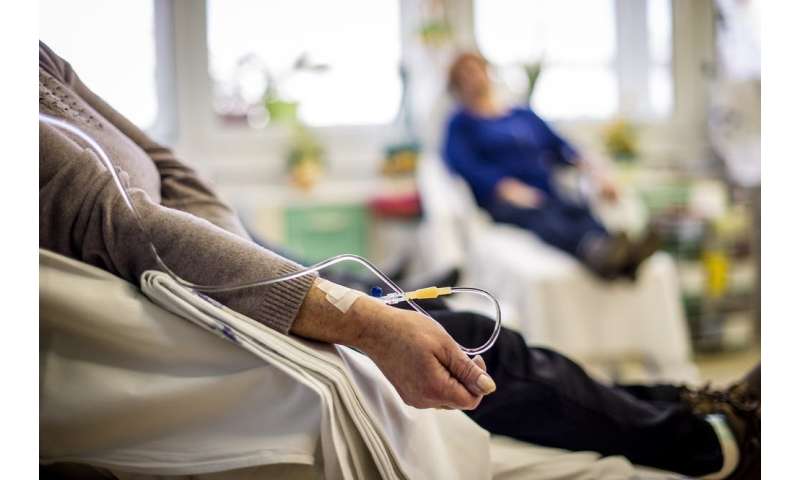 Another problem is that, after initially shrinking some of the cancer, some cells are found to be resistant, or become resistant, to the chemotherapy and are left untreated. Drug combinations are given as cells resistant to one drug might be susceptible to another.

It’s common when reporting cancer outcomes to compare the five-year survival rate, which is the percentage of patients who survive five years after diagnosis. Five years is a convenient interval at which everyone can collect statistics so comparisons can be made between cancers – or the outcomes of cancers between treatment centres, states or countries.

As it happens, with many cancers in remission, to have survived five years does mean they are probably cured. But there are differences for different cancer types.

A person diagnosed with an aggressive lymphoma whose cancer achieves remission is most likely to have been cured if the cancer has not returned in two years. This is because any residual lymphoma would be expected to regrow rapidly.

The opposite is the case for breast cancer. Although the chance of relapse after complete remission is greatest in the first two years and becomes smaller over time, and the five-year survival rate is 90%, relapses have been recorded up to 20 years later.

It is important to note, though, that survival rates have greatly improved over time and are always improving. In the 1970s, only one cancer patient in three made it through the first five years after diagnosis. Today, this figure is around 70%, and exceeds 85% for some cancers that were previously fatal.