Skip to content
HomeHealth NewsOregon marijuana: Lots of data, few to analyze and check it

To the beat of electronic dance music, men and women inside a slate-gray building harvested marijuana plants festooned with radio-frequency identification tags. In another room, an employee entered the tag numbers into a government database.

The cannabis tracking system used by Avitas, a marijuana company with a production facility in Salem, is the backbone of Oregon’s regulatory system to ensure businesses with marijuana licenses obey the rules and don’t divert their product into the black market.

A huge amount of data is entered into the system by Oregon’s 1,800 licensees every day, a reality that means the state has a tremendous amount of information at its fingertips. But the reality also is the state doesn’t have the manpower to monitor all that data.

The marijuana regulatory agency—the Oregon Liquor Control Commission—has only one marijuana data analyst, and not enough inspectors to randomly inspect grow sites and processing facilities to ensure the accuracy of the data they are providing.

“I think this is a fundamentally sound system,” the commission’s executive director, Steve Marks, told The Associated Press. But he conceded: “It’s not being used to its capabilities. We don’t have the workforce there.” 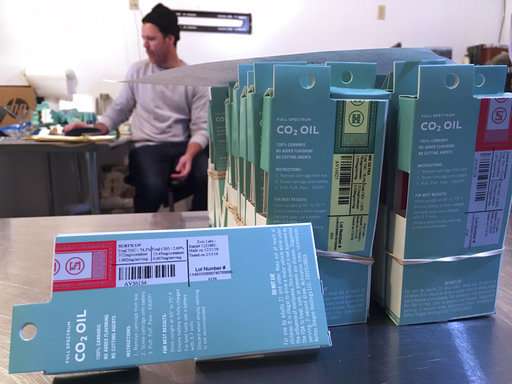 Oregon’s experience is reflective of one of the significant challenges in the expanding legal U.S. marijuana industry: the ability of governments to keep track of their own markets.

Washington, which with Colorado became the first state to broadly legalize marijuana in 2012, recently switched tracking contractors after it outgrew the first system, and quickly ran into major technical problems. Colorado has reported no significant technical issues but has only five people on the data analysis staff to help with investigations and look for potential violators.

The Oregon tracking system was created by Franwell, a Florida-based technology company that has contracts in a handful of states, including California. Licensees log entries into the system as seeds sprout into plants, the plants are harvested, processed, sent to stores and then sold. 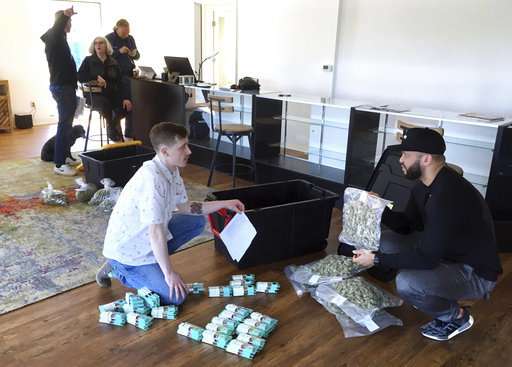 The flood of data is checked by the single full-time marijuana data analyst, with occasional help. Five more will be hired soon, but they’ll have their hands full as an estimated 2,000 medical marijuana growers start entering the tracking system on July 1.

According to the Oregon Liquor Control Commission, a recent inventory of adult-use marijuana in the state stood at more than 1 million pounds (0.45 million kilograms). That’s roughly 4 ounces (113 grams) for each of the state’s 4.1 million residents.

Avitas general manager Joe Bergen said the pot businesses are inputting a “ridiculous” amount of information to the tracking system. He said 10 percent of Avitas’ staff at the Salem facility is dedicated to rules compliance: tagging plants and finished products, tracking the inventory and filling out official shipping manifests.

“It’s important to do it, but it’s burdensome for a small business,” Bergen said. 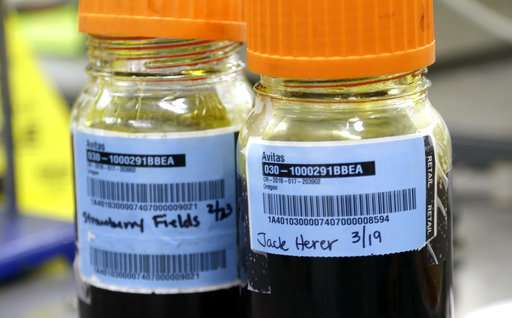 The data has been useful in confirming wrongdoing in roughly 50 investigations, though less than half of them were triggered by the data, commission spokesman Rob Pettinger said.

On a recent morning, Cecilia Espinoza sat at a table inside Avitas’ production facility, staring at a desktop computer. A small wheel spun on the screen for a couple of minutes as she waited for the web application to open so she could update information about the hundreds of plants growing in the 12,000-square-foot (1,115-square-meter) building.

“We call it the ‘spinning wheel of death,'” Espinoza said with a laugh. “It’s tedious.”

Across the room, Bergen placed marijuana products into a bin for delivery to Mr. Nice Guy, a marijuana shop in Salem. He then walked back the history of one of the cartridges of marijuana oil. The powerful oil was produced from Strawberry Fields, a marijuana strain that the pot review site Leafly says is “tranquilizing.” 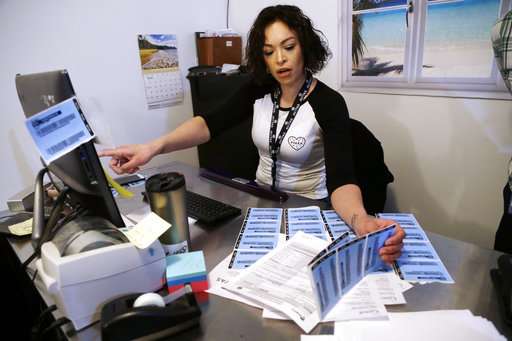 Bergen clicked on a column and added filters until he found a date—Nov. 14, 2016. That was when one of the plants whose THC was a component of the oil was cloned, when an Avitas grower snipped a sprig from a mother plant and stuck it into spongy material soaked in nutrients.

“It’s the first batch we ever produced here,” Bergen exclaimed, grinning and pointing at the screen. “That’s the beginning; that’s the origin story!”

Cannabis producers and regulators compare the tracking system to filing income taxes: They operate to a large extent on good faith, but when an auditor or inspector comes there better be evidence to back the numbers.

However, the chances of a “compliance inspector” showing up at a site is low. The Oregon commission only employs 19, with four more to be added soon. 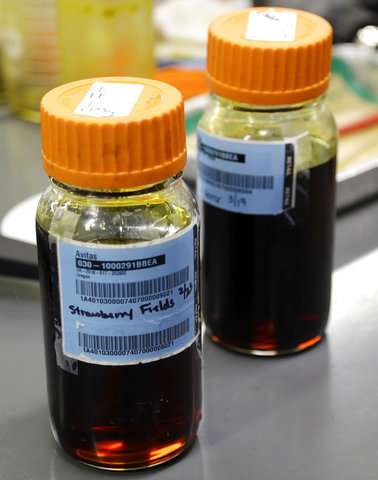 They don’t have time to randomly check grow sites and compare amounts of marijuana they see with the data. Instead, inspectors are largely tied up investigating complaints, for example on someone carrying out a function beyond the scope of a license, or harvesters lacking the required permit, commission officials said.

Companies that have gone the legal route—paying for licenses, security and other systems to meet the requirements—say regulators should focus on those who remain outside the legal system. They note the illegal producers are unfair competition, without the large overhead.

Tags:analyze, and, check, data, few, it, Lots, marijuana, of, Oregon, to
Related Posts