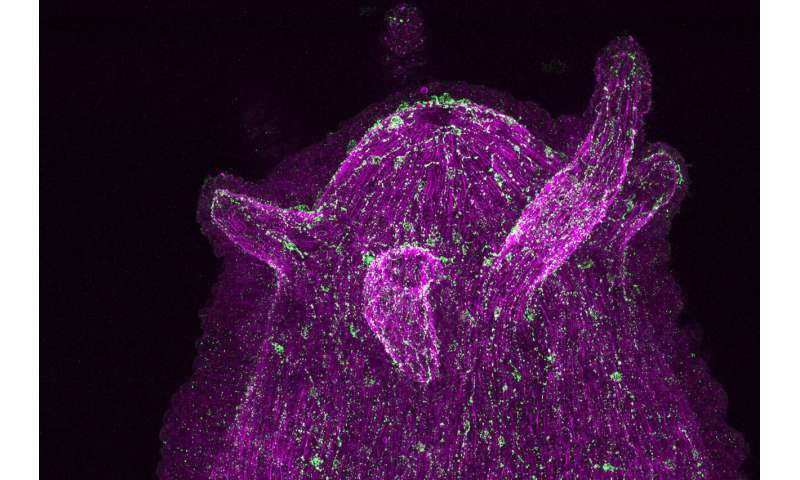 Various diseases of the digestive tract, for example severe intestinal inflammation in humans, are closely linked to disturbances in the natural mobility of the intestine. What role the microbiome—i.e. the natural microbial community colonizing the digestive tract—plays in these rhythmic contractions of the intestine, also known as peristalsis, is currently the subject of intensive research. It is particularly unclear how the contractions are controlled and how the cells of the nervous system, that act as pacemakers, function together with the microorganisms.

A research team from the Cell and Developmental Biology group at Kiel University has now succeeded in demonstrating for the first time, using the freshwater polyp Hydra as an example, that phylogenetically old neurons and bacteria actually communicate directly with each other. Surprisingly, they discovered that the nerve cells are able to cross-talk with the microorganisms via immune receptors, i.e., to some extent with the mechanisms of the immune system.

On this basis, the scientists of the Collaborative Research Center (CRC) 1182 “Origin and Function of Metaorganisms” formulated the hypothesis that the nervous system has not only taken over sensory and motor functions from the onset of evolution, but is also responsible for communication with the microbes. The Kiel researchers around Professor Thomas Bosch published their results together with international colleagues today in the journal Proceedings of the National Academy of Sciences (PNAS).

Observations in a simple and ancient nervous system

The research team studied the simple nerve network of the phylogenetically ancient freshwater polyp Hydra. This nerve net is similar in function to the so-called enteric nervous system of vertebrates which controls the digestive tract motility. The researchers of the CRC1182 made two important observations. First, they succeeded for the first time in identifying those cells of Hydra’s nervous system that are responsible for the rhythmic contractions of the gastric cavity. 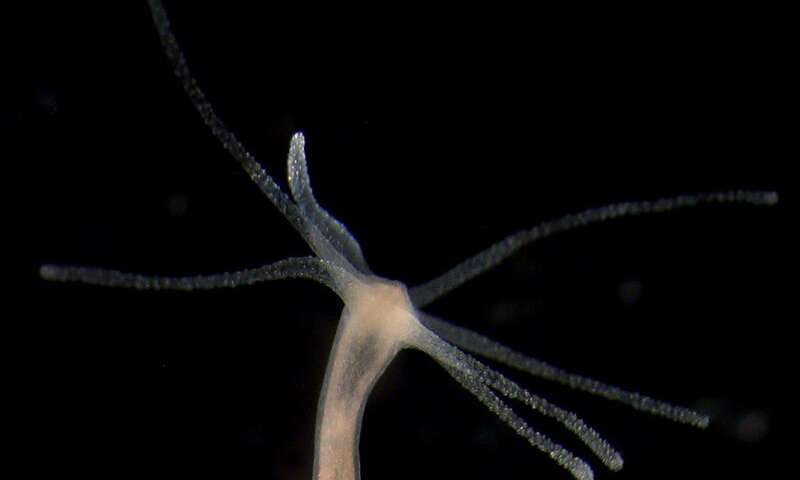 The key to this discovery was the close collaboration with a human medicine research group led by Professor Mauro D’Amato from Monash University in Melbourne, Australia. In a high-throughput study with sample material from patients suffering from Irritable Bowel Syndrome (IBS), the Australian researchers discovered genes that could be responsible for disorders of intestinal peristalsis in humans. On this basis, Thomas Bosch’s research team examined Hydra for cells in which these genes are active. Surprisingly, the Kiel researchers found them in a small group of nerve cells of this ancient nervous system.

When they blocked the activity of these genes in Hydra, this immediately led to a drastic reduction in rhythmic body contractions. The scientists at Kiel University were thus able to prove that these were indeed the pacemaker cells that control the peristalsis. Since the genes were originally discovered in human samples of IBS patients, the Kiel researchers suspect that these neurons are central control units that emerged early in the evolution of animals to regulate complex body functions.

Additionally the study by the Kiel research team also produced a second, equally surprising result. The detailed molecular genetic analysis of Hydra’s individual nerve cells showed that they exert a direct influence on the density and composition of the symbiotic bacteria using the tools of the innate immune system. It was already known that the absence or disruption of the microbiome exerts a significant influence on the frequency and regularity of contractions. The new study now makes it clear that this is a phylogenetically ancient regulatory system in which the bi-directional communication between certain neurons and the symbiotic bacteria plays a central role.

“Our observations indicate that the nerve cells are able to perceive microorganisms and react to them,” explains Dr. Alexander Klimovich, scientist in Cell and Developmental Biology group and member of CRC 1182. “For this, the neurons use receptors that are found in other animals in cells of the immune system,” the first author of the study continues. Activated pacemaker cells then release certain molecules such as antimicrobial peptides, which in turn have a strong influence on the presence or absence of specific microbes.

In subsequent investigations, the Kiel research team compared the molecular toolkit of the pacemaker neurons in mice and nematodes with the situation found in Hydra. They found that communication of pacemaker cells and microbes may also take place in other organisms. More detailed analyses showed that, for example, the pacemaker cells in the mouse intestine also possess immune receptors that communicate with the microorganisms in a similar way.

“We therefore assume that the communication between neurons and microbes via immune receptors is an evolutionarily highly conserved fundamental principle,” Klimovich emphasizes. “It is possible that this connection between the nervous system and the microbiome first developed in hydras around 650 million years ago,” says Klimovich. 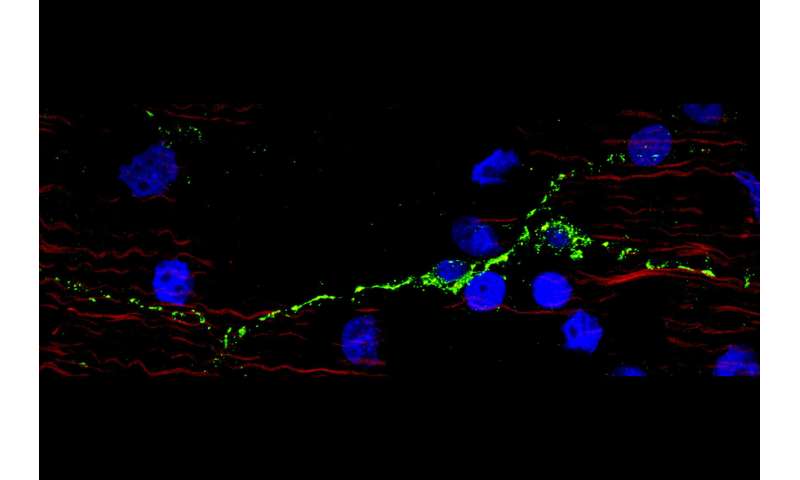 The findings of the Kiel research team thus provide strong evidence that the emergence of the nervous system was closely linked to symbiotic microorganisms from the very beginning. “We may have to rethink the evolution of the immune and nervous systems,” emphasizes Bosch, head of the Kiel Cell and Developmental Biology group and spokesperson of the CRC 1182, “The investigations on Hydra show that even the evolutionary oldest nervous systems interacted with microorganisms. It is possible that nerve cells evolved to enable communication with the microbes that are so important for the body,” Bosch continues.