Skip to content
HomeHealth NewsWhat is sodium lauryl sulfate and is it safe to use? 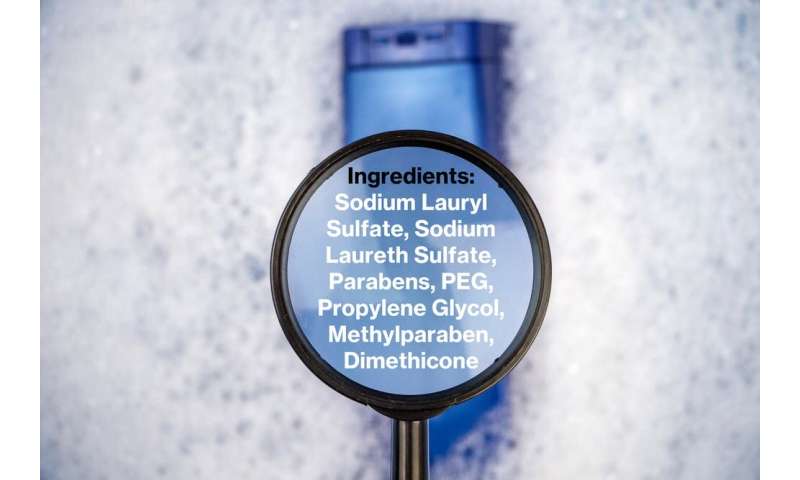 If you’ve ever Googled the causes of a skin complaint or damaged hair, chances are someone on the internet has pointed the finger at SLS, or sodium lauryl (or laureth) sulfate, a common ingredient in beauty products, washes, toothpastes and even cleaning products.

So what does this ingredient do, why is it in everything, and what does the evidence say about how safe it is?

When we use a wash or beauty product on our skin, it’s probably a liquid made of a water phase and an oily phase. As we know, oil and water don’t mix, so something is required to keep the ingredients together.

That something is called a surfactant. A surfactant allows the oil and water molecules to bind together—it’s what’s found in soaps and detergents so we can wash our oily faces or dishes with water and get the grime to disappear.

Sodium lauryl sulfate is a surfactant, and its efficacy, low cost, abundance and simplicity mean it’s used in a variety of cosmetic, dermatological and consumer products.

Our skin’s outermost layer is specially designed to keep harmful stuff out, and this is where a surfactant can cause problems. Using a chemical that weakens this defense mechanism can potentially cause our skin harm.

And some surfactants are more irritating to our skin than others. For something to be harmful, irritant or allergenic, it has to fulfill two criteria.

It has to have been found in studies to irritate human skin, and it has to have the ability to penetrate the skin. SLS ticks both of these boxes.

Researchers from Germany tested 1,600 patients for SLS irritancy and found 42% of the patients tested had an irritant reaction.

Another study, on seven volunteers over a three and a half month period, found regular contact caused irritation, and the irritation subsided once the skin was no longer exposed to SLS.

Another study found the warmer the water used with SLS, the more irritating it will be.

In fact, SLS is so known to cause irritation, it’s used as a positive control in dermatological testing. That is, new products being tested to see how irritating they might be to human skin are compared to SLS—something we know definitely to be irritating.

If a person is sensitive to SLS, they might find the area that has been in contact is red, dry, scaly, itchy or sore.

It’s also important to note there’s no scientific evidence SLS causes cancer, despite what you may read on the internet.

So why is it allowed?

So if it’s known to be irritating to human skin, why don’t the regulatory authorities ban its use?

For SLS to be considered dangerous, it would have to be in contact with the skin for a long period of time. Generally, with consumer products such as washes that contain SLS, it’s assumed they won’t be on the skin for very long, meaning the chance of your skin being affected is pretty low. So authorities don’t ban its use, but instead cap the maximum percentage at which it can be used in products.

This cap varies based on how long the product is likely to be in contact with the skin. So products that will be on the skin for a prolonged time can contain no more than 0.05-2.5% SLS in most countries.

All consumer and cosmetic product manufacturers are required to conduct thorough testing and include any adverse findings in the form of warnings on their labels. So on products containing SLS, you should see something like “if this product causes any skin redness or irritation, discontinue use and consult a medical practitioner.”

Who should avoid SLS?

People with a history of sensitive skin, hyperirritable skin and patients suffering from skin conditions such as atopic dermatitis (eczema), rosacea and psoriasis are best to avoid products containing SLS.

Tags:and, is, it, lauryl, Safe, sodium, sulfate, to, use, what
Related Posts