Last year the rather religious sounding film The Immortal Life of Henrietta Lacks was released in the US. It documents the tragic real life story of a young woman who died in the early 1950s due to rapidly growing ovarian cancer.

The ‘immortal’ part refers to her cancer cells, which scientists at the John Hopkins Hospital in Baltimore, succeeded in growing in culture, and in doing so establishing a continuous growth of her cells. This means the cells can continue to grow forever, so long as they are trimmed a couple of times a week and receive a steady supply of growth medium

In other words, scientists have immortalised the cancer cells.

Henrietta’s initials even inspired the name of the cells, HeLa, and it is one of the first examples of what we call an immortal cell line.

‘Line’ indicates that the cells originate from a single cancer cell, which – and this is what makes it unique – for some reason is able to grow outside the body in conditions they would not normally be able to survive.

The Immortal Life of Henrietta Lacks is based on a book by Rebecca Skloot, which follows Lacks’ life and death, but actually dedicates most of its text to describe how scientists have used the HeLa cell line, which has produced tonnes of HeLa cells over the years.

The cell line has been crucial for laboratory studies on the growth of cells – and more importantly, how their growth can be inhibited with the use of, for example, chemotherapeutic drugs.

In some way, Lacks’ death made it possible to save other lives, thanks to the knowledge gleaned from studying her cells..

Since the HeLa cell was established, scientists have developed cell lines for most types of cancer. Of these, leukaemia was the easiest to develop, since these cells grow as single cells and not as a solid mass of cells as the case is for tumours – like the one in Lacks’ ovaries.

This is the good news. 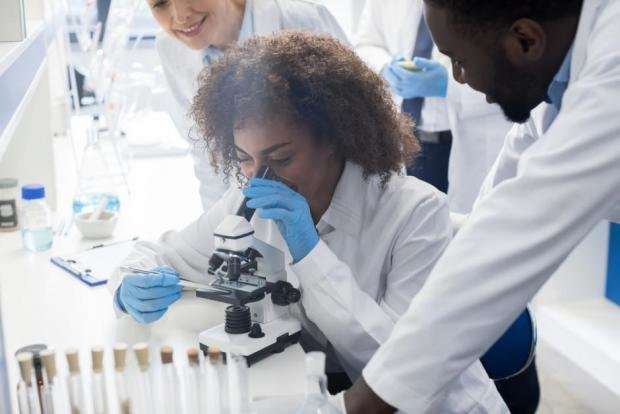 Cell lines on the move

The negative side of using cell lines is something that I personally experienced 30 years ago, when I worked with leukaemia cells to study how uniform they are.

As mentioned above, these cell lines can grow in culture, but they can also be frozen down to minus 180 degrees Celsius and stored for longer periods until you need to work with them again.

But when I thawed one such cell line and used it to grow more cells, I couldn’t make its growth patterns fit with what I had expected.

When I took a closer look at the cells using a number of different methods to characterise them (for example, their chromosome changes), I discovered that the original line had been contaminated by another cell line, which grew much quicker.

Whoever had worked with the line before me at Harvard University must have contaminated the slow growing line with a faster growing cell line.

Here comes the bad news: Dutch scientists have suggested that more than 32,000 published studies have failed to establish whether they worked with the correct cells before studying them.

It is obvious that results from one cell line cannot automatically be applied to another. Undoubtedly, this has led to some incorrect conclusions, which other scientists have then developed further.

The problem has not subsided. It seems to occur throughout the world, and we now have what we call in the healthcare system a “dangerous unintentional incident.”

For the sake of fairness, I should point out that these mistakes collectively account for less than one per cent of all work with cell lines – and that the conclusions from most of the cell line studies hold water.

Internationally, scientists are now working on establishing a quality control for cell lines used in manuscripts. Hopefully, this will help reduce the problem in the coming years.