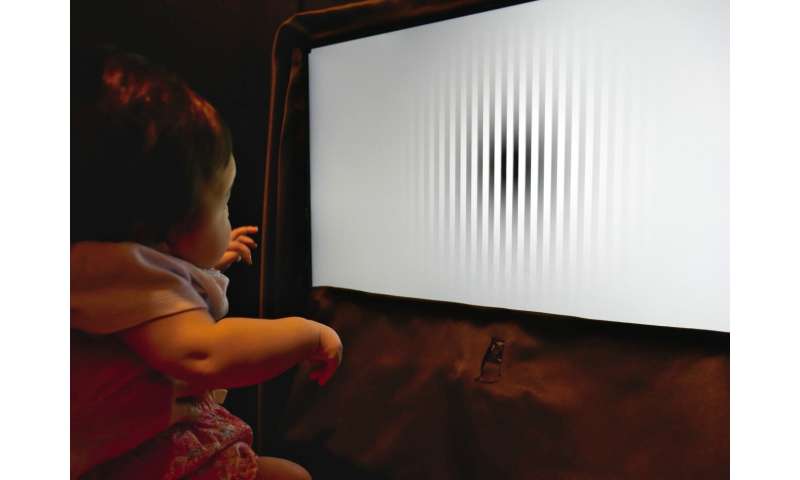 Humans can visually perceive the motion of a small object better than that of a large one. By contrast, according to a study reported in the journal Current Biology on September 5, babies under six months of age are better at seeing the movement of large objects than small objects.

In adults, the motion of a bigger object is more difficult to see. This counterintuitive phenomenon is thought to reflect surround suppression, an inhibitory mechanism observed in visual cortical neurons that suppresses irrelevant visual information in the areas surrounding an object in focus.

“We found that infants under six months showed the opposite pattern to adults, that is, better perception of large than small objects’ motion,” says Yusuke Nakashima, JSPS research fellow at Chuo University in Tokyo. “Infants over six months, on the other hand, lose this ability, and become good at seeing small objects’ motion. These results suggest that surround suppression is not present until the second half of the first year.”

It is known that surround suppression is also weak in older adults, and as a result, they can see the motion of large objects better than younger adults.

“Younger infants’ results, we found, are similar to the characteristics of older people’s motion perception,” says So Kanazawa, professor at Japan Women’s University. “Both younger babies and older adults can see large objects’ motion well due to weak surround suppression.”