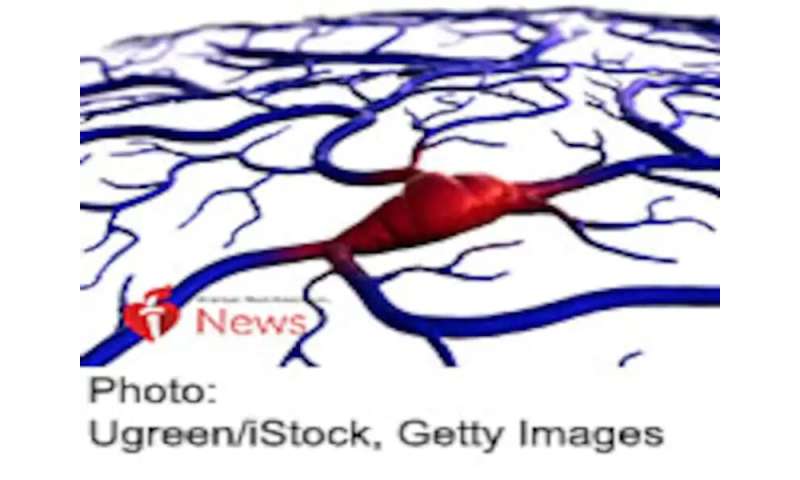 Not all strokes have a clear-cut cause like high blood pressure or smoking. For those so-called cryptogenic strokes, new research suggests cancer might be the trigger—a finding that could potentially lead to earlier diagnosis of cancer.

It came down to genes. Using blood samples, researchers looked at more than 12,000 genes and found 438 that acted differently in stroke survivors with cancer.

“No one before had differentiated gene expression between patients with cancer, stroke or both,” said Dr. Babak Navi, lead author of the study published Thursday in the American Heart Association journal Stroke.

Innovative research on how genes change in people with different diseases could lead to new diagnostic tests and treatments.

Although the study included only 40 people, “we clearly see that cancer-stroke patients have a unique gene expression profile,” said Navi, chief of stroke and hospital neurology at Weill Cornell Medical College in New York.

A blood test would be “easier, safer and less expensive than a CT or PET scan to diagnose cancer,” he said.

“This would give us the ability to potentially diagnose cancer earlier, which is fantastic,” said Holmstedt, who wasn’t involved in the study.

For people already diagnosed with cancer, this research could lead to a genetic test to predict their odds of having a stroke, Holmstedt said. “We may be able to target and prevent stroke earlier in cancer patients prone to excessive blood clotting.”

Cancer is the nation’s No. 2 killer. Stroke is the No. 5 cause of death and a leading cause of disability. For about 1 in 4 clot-related strokes, the cause is unknown.

The new study examined the blood of people with cancer or stroke, or both. Researchers analyzed the molecule called messenger RNA to see if it functioned differently in people with stroke and cancer. The messenger RNA carries the genetic code to make proteins that determine cell function.

In addition to the more than 400 genes that acted differently in people with both conditions, half of strokes in the cancer-stroke group weren’t caused by traditional risk factors.

“There is a lot of interplay between these two diseases,” said Boryana Stamova, a geneticist who performed the molecular analyses for the study.

“Ten percent of stroke patients already have cancer and 4% of stroke patients will be diagnosed with cancer in the few years after stroke,” said Stamova, associate adjunct professor of neurology at the University of California Davis’ School of Medicine. “We’re just scratching the surface of what we might uncover in cancer-stroke.”

Navi said larger studies are needed, but this new analysis is the first step toward changes in patient care.

Tags:activity, and, both, Cancer, discovered, gene, in, people, Stroke, unique, with
Related Posts