The coronavirus disease (COVID-19) pandemic, caused by the severe acute respiratory syndrome coronavirus 2 (SARS-CoV-2), continues to wreak havoc across the globe. Scientists are racing to develop effective therapeutic regimens to combat the infection.

One of therapy currently used to stimulate a robust immune response against the virus is monoclonal antibodies, a treatment used for more than three decades to treat cancer and infectious diseases.

Researchers at the New York University Grossman School of Medicine and Biohaven Pharmaceuticals found that the REGN10933 and REGN10987 combination was 9.1-fold less potent on the B.1.351 variant, which emerged in South Africa, and 16.2-fold less potent on mink cluster 5.

The study findings, published on the pre-print server bioRxiv*, raise the concern of reduced effectiveness in treating patients infected with the circulating variants of SARS-CoV-2. The researchers suggest the need to develop additional monoclonal antibodies, which are not impacted by the current spike protein mutations. 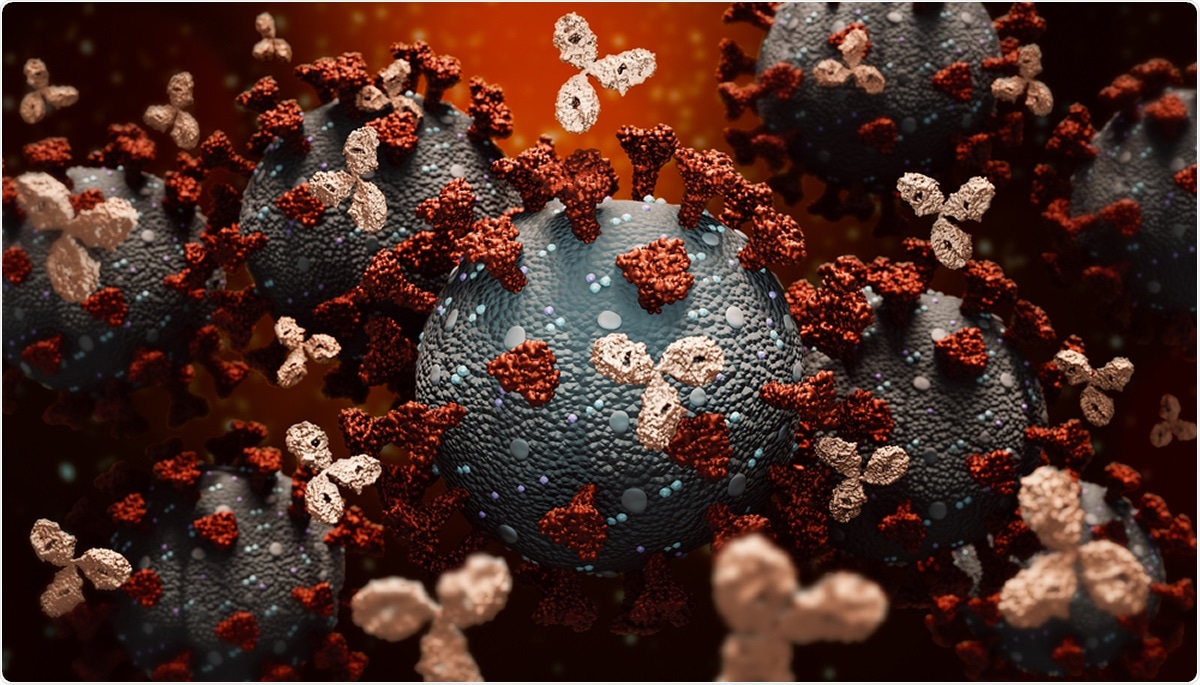 Antibodies are proteins made by the immune system in response to antigens, like viruses, bacteria, and fungi. Antigens can also include chemicals, parasites, and other substances the body identifies as foreign.

Scientists can produce antibodies in the laboratory that mimic the action of the immune system. Man-made antibodies, called monoclonal antibodies, are produced by introducing human genes that make antibodies into mice or other animals.

Monoclonal antibody treatment with Bamlanivimab or Casirivimab and Imdevimab is currently used in people who have tested positive for COVID-19 and have mild to moderate symptoms.

In the treatment, Casirivimab and imdevimab must be administered together, while bamlanivimab is given alone. These drugs have been approved by the U.S. Food and Drug Administration (FDA) under an Emergency Use Authorization (EUA), while human trials are being conducted.

The SARS-CoV-2 first emerged in Wuhan City, China. Following the isolation of the Wuhan-Hu1 SARS-CoV-2 in December 2019, the virus continued to evolve as it adapts to the human host.

In January 2020, a variant with a D614G mutation in the spike protein was identified. By May 2020, D614G had become the predominant strain globally, with a prevalence of about 97 percent.

By September 2020, a new variant emerged in the United Kingdom. The B.1.1.7 lineage or the VOC-202012/.01 variant was reported to be more transmissible. At the same time, South Africa also reported the emergence of the B.1.351 variant. Scientists discovered that in the South African variant, antibody therapy and vaccines were less effective.

In the current study, the researchers tested monoclonal antibodies REGN10933 and REGN10987 that used in combination. The team wanted to see the effectiveness of these antibodies to neutralize SARS-CoV-2 variants B.1.1.7, B.1.351, milk cluster 5, and COH.20G/677H.

Location of amino acid residue causing escape from REGN10933 in the SARS-CoV-2 spike protein. Side (left) and top (right) views of the prefusion structure of the SARS-CoV-2 spike protein. The location of amino acid residues 417, 453, 484 and 486 in the RBD that cause escape from REGN10933 are shown (a single RBD is shown in grey).

The study findings showed that REGN10933 maintains its neutralizing activity against B.1.1.7 or the U.K. variant but was not effective on the B.1.351 or the South African variant and mink cluster 5 spike proteins.

The team suggests additional monoclonal antibodies that are not affected by the recent variants.

“The findings highlight the benefit of a two-antibody cocktail as therapy with the single REGN10933 would have lost effectiveness for use in patients infected with the B.1.351 variant and would be problematic in populations in which the variant was prevalent,” the researchers noted in the paper.

Further, the team suggests that it is essential to continue SARS-CoV-2 variants surveillance.

The global pandemic has reached 192 countries and territories, infecting over 111 million individuals worldwide. To date, there had been 2.47 million deaths attributed to the pandemic.

Meanwhile, the United States remains the nation with the highest number of COVID-19 cases, reaching 28.18 million. India, Brazil, and the United Kingdom follow with over 11 million, 10.19 million, and 4.13 million cases, respectively.