With several vaccines already having received Emergency Use Authorization (EUA) against coronavirus disease 2019 (COVID-19), vaccination campaigns have already begun in several countries the world over. However, as with the disease itself, the remedy continues to be plagued by issues of inequity and disparity. A new preprint examines the racial and ethnic differences between COVID-19 hesitancy and uptake.

The paper, which has been released on the medRxiv* server, discusses the results of a survey including well over 1.3 million participants in the UK and the USA. During the initial part of the vaccination campaign – that is, the phase including February 1, 2021 – the researchers found significantly more hesitancy towards the vaccine among Black, Asian, and Hispanic communities, as well as greater difficulty in accessing vaccines among them. 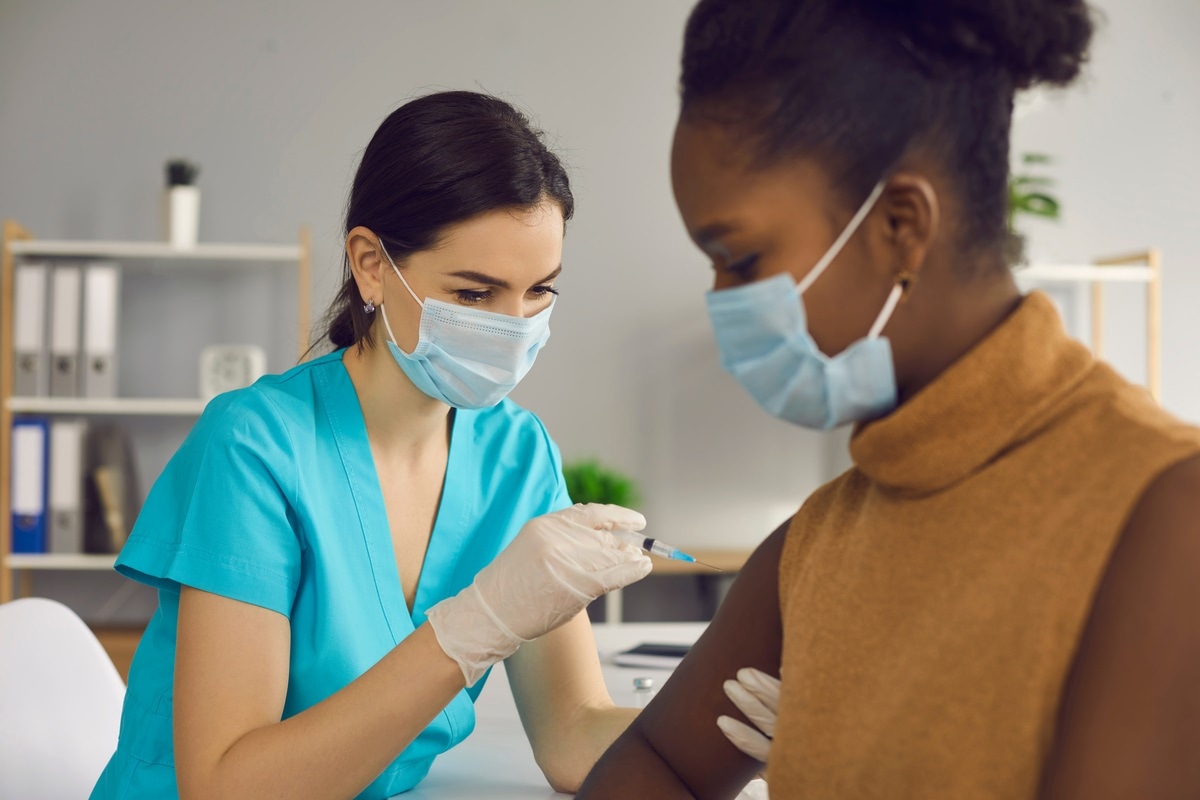 Data for this study was collected using the COVID Symptom Study smartphone application. The use of this method has its advantages and disadvantages. Among the former are a large number of participants, even though the percentage of those from ethnic minority groups was lower than expected.

The rapid collection of such information provided a real-time clue to the actual state of matters among prospective vaccine recipients that allows for rapid corrective action to be taken concerning public health programs. The breadth and the scale of the information are also much larger than that typically available using registries or large-scale monitoring efforts.

Conversely, age and technological unfamiliarity may have excluded a significant proportion of participants, which in turn allows the underestimation of vaccine-related differences.

Vaccine hesitancy in the US

In the US, over 73,000 people participated in the vaccine-attitudes part of this study. Among these, 91% were willing to take the vaccine.

Factors such as age, sex, a history of cancer or heart disease, and being part of a community with a lower educational background and median income were more common among those with vaccine hesitancy.

The researchers found that after adjusting for multiple variables, vaccine hesitancy was more than three-fold higher among Black participants, 1.4-fold higher for Hispanics, 1.3-fold for Asians, and two-fold for all other non-white categories or mixed-race participants.

Vaccine hesitancy in the UK

These patterns were reflected in the UK, too, but on a smaller scale among healthcare workers.

Issues of healthcare access continue to affect the American Black community, it would appear, with the chances of receiving a vaccine being less for a Black person in the USA irrespective of willingness, but not in the UK, except in some pockets.

The odds that a Black participant had got the vaccine, even after expressing willingness to take it, were 30% lower in the US. Such disparities in uptake were not visible in the UK, possibly due to its centralized public health infrastructure. In fact, non-white participants had higher vaccination rates in the UK during the first phase of vaccine rollout.

The greatest factor driving vaccine hesitancy was a lack of confidence that the vaccine was safe, over the long-term, and fear of short-term reactions. The findings do reveal that local injection site reactions are no more likely among such minority groups with the new vaccines than among the majority community.

The significantly higher rate of vaccine hesitancy among healthcare workers was somewhat unexpected. This finding may be because many more in this profession have been infected already.

The findings are in agreement with those of earlier researchers. Sadly, historical factors play a role in the genesis of vaccine hesitancy among ethnic minorities, who have often been the victims rather than the beneficiaries of the medical system. This partly explains the ongoing mistrust towards public health recommendations.

This is fueled by the often gross failure to include a sufficient number of white individuals in clinical trials of new interventions, despite their comprising the vast majority of the population in both countries.

Finally, these minority groups have been subject to the worst of the pandemic, with a disproportionate number of cases and deaths. As such, the lack of prioritized healthcare for these high-risk groups, despite the evidence of the need, has exposed them to systemic unfairness during the pandemic.

This position, added to the unknown potential dangers of a new vaccine, may contribute to the lack of appeal of a vaccine to these communities.

Misinformation about the pandemic and the vaccines fuel such hesitancy, as shown by a recent randomized controlled trial, with different social and demographic groups showing varying levels of susceptibility to and receptivity towards such false reports.

The observed variations provide a valid pointer to potentially greater disparities between different segments of the population in the US and UK, particularly Black and Hispanic individuals.

When buttressed by the actual existence of unfairness in vaccine allotment in the US, such that more Black than White individuals who are willing to take the vaccine are forced to go without it, this data points to the need for more targeted information campaigns in these communities.

Lower uptake among Black participants in the U.S. during the initial vaccine rollout is attributable to both hesitancy and disparities in access. These findings support the need to address long-standing systemic disparities to achieve the health equity required for population-scale immunity.”