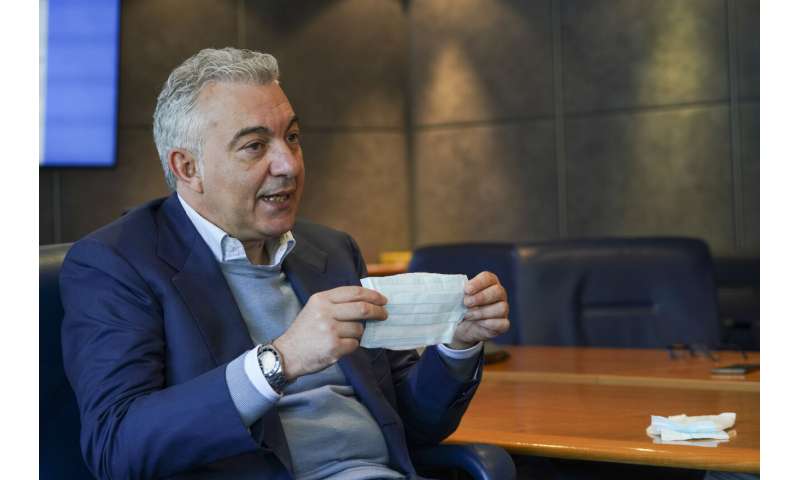 A significant number of Italians who want to be vaccinated against COVID-19 should have received their shots by next September, Italy’s special commissioner for the virus emergency said Thursday.

Italy is set to receive 3.4 million doses of the Pfizer vaccine in the second half of January through the European Union’s purchase program, enough to provide the requisite two doses to 1.6 million of Italy’s 60 million people, special commissioner Domenico Arcuri said. He said elderly Italians and individuals with the most risk of exposure would get first priority.

“This will be the biggest campaign to administer a vaccine that we can remember, not just in Italy but in all of Europe and many parts of the world,” Arcuri said during a news conference in Rome.

The commissioner said he expected Pfizer’s authorization from the European Medical Agency to be completed in time for the first vaccines to be administered in January. He said he was “anxiously awaiting” approvals of other vaccines against the coronavirus so they can be provided to all Italians on a voluntary basis.

“We don’t know how many Italians will want to get the vaccine,” Arcuri said. ‘”I can say on the basis of forecasts not yet validated, an important part of our population will be able to be vaccinated in the first half of the year, or in any case by the end of the third quarter.”

The Italian government, based on the Health Ministry’s recommendations, will inform parliament of the order in which various categories of citizens will receive the doses as they arrive, Arcuri said.

Arcuri’s agency plans to open Friday the bidding process for the syringes and needles needed to administer the vaccine. He said three types of syringes and at least six kinds of needles are required.