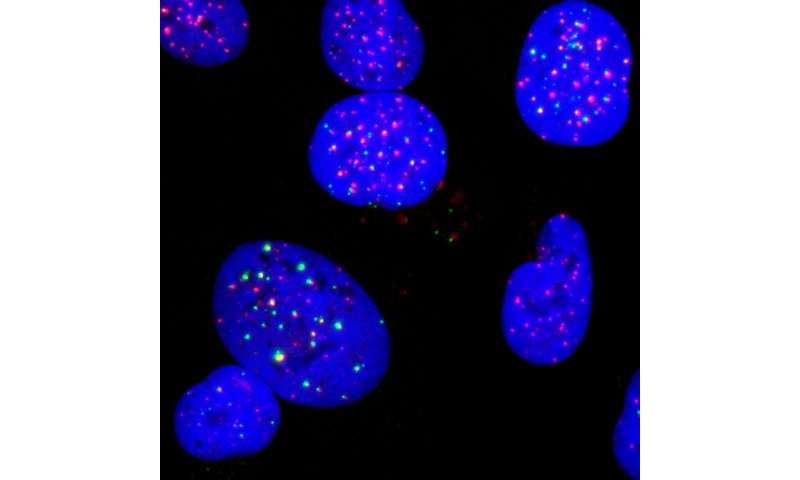 Tousled-like kinases (TLKs) are a potential therapeutic target for cancer treatment due to their central role in DNA repair and replication. The latest work by IRB Barcelona’s Genomic Instability and Cancer Laboratory, led by Travis H. Stracker, concludes that TLK inhibition activates the innate immune system, a very important factor in the response to cancer.

“We believe the TLKs are promising targets for cancer therapy and want to understand more about how they work and how cells respond to their reduction or loss,” says Stracker. Having headed the Genomic Instability and Cancer Laboratory at IRB Barcelona since 2009, in July this year Stracker took up a new position as group leader at the National Cancer Institute (NIH) in Bethesda, in the US.

The group of researchers had previously observed that reduced TLK activity made cancer cells more sensitive to some therapeutic agents. Now, they have found that blocking TLKs triggers an alternative telomere lengthening system (ALT), a pathway used by many cancers, including some of the most aggressive ones like glioblastoma, to maintain telomeres and allow cells to continue dividing.

In DNA, not all regions have the same function. Some regions contain genes with the information necessary to make proteins, but there are other regions, called heterochromatin, that have a regulatory and structural function, but do not contain genes that give rise to proteins. Another effect of TLK inhibition, observed in this study, is that this heterochromatin, which is usually compacted, ceases to be so, thereby becoming more accessible to the RNA production machinery and leading to an altered composition in the cell.