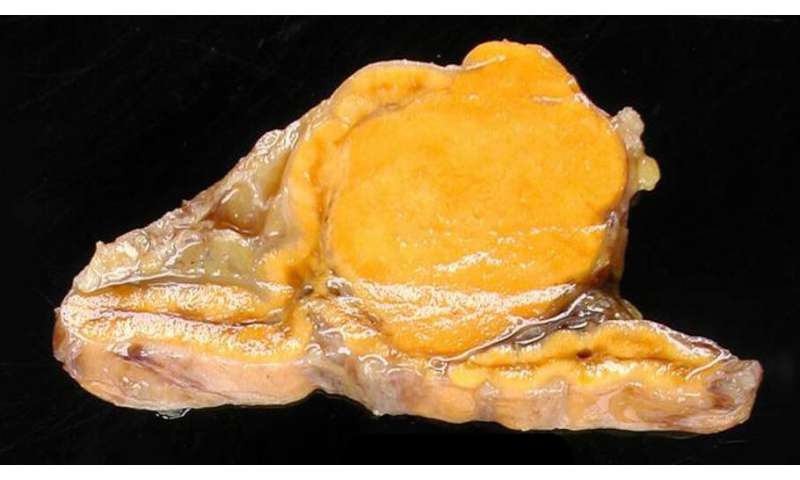 Researchers from the USA (Kansas State University) and the Republic of Ireland (the National University of Ireland Galway) have completed a successful initial test of a new microwave thermal ablation technique, which could eventually be used to treat Conn’s syndrome.

Conn’s syndrome occurs when a benign adrenal gland adenoma causes the production of excess aldosterone, which leads to high blood pressure. Treatment for the condition is currently limited to two options: an adrenalectomy or intensive medical management with significant side effects.

The researchers’ new technique, explained in Biomedical Physics and Engineering Express, could ultimately lead to a non-invasive treatment of small adenomas of up to 20 mm in size, without damaging surrounding tissue.

Hojjatollah Fallahi from Kansas State University, USA, is the study’s lead author. He said: “Microwave Ablation (MWA) is a form of thermal ablation most often used to treat cancer. It uses electromagnetic waves in the microwave energy spectrum (300 MHz to 300 GHz) to heat tissue.

“However, tumour ablation devices and systems were developed to treat large tumours, by maximizing the size of the ablation zone. We wanted to overcome the challenge for adrenal ablation, where the objective is to treat small adenomas while minimizing thermal damage to non-targeted adrenal tissue and preserving adrenal function.”

The international team suspected that water-cooled monopole antennae, operating at 2.45GHz and 5.8GHz, would allow the creation of short, round ablation zones from 10 to 20 mm in diameter.

To test this theory, they used a combination of computer modelling and ex vivo experiments with cow liver and adrenal gland tissue to investigate the ability to control ablation zone size, by adjusting antenna operating frequency, applied power, ablation duration, and coolant temperature.