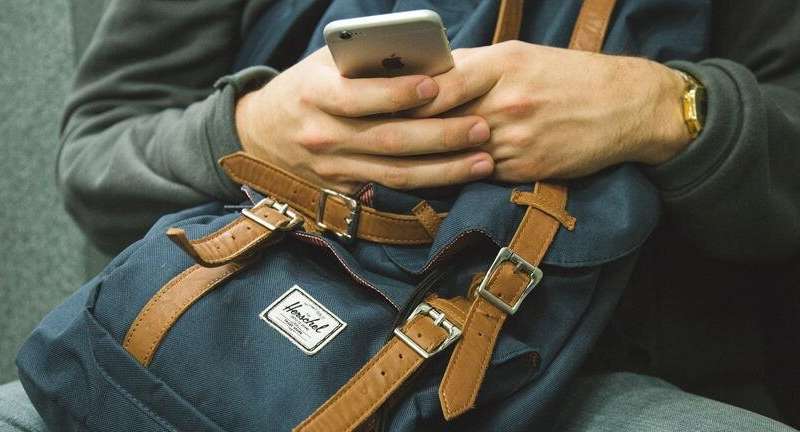 The self-report survey consisted of 156 questions. Based on their responses, the students were given a score ranging from 10 to 60, with a score of 32 and above being defined as problematic smartphone use. This definition was based on a threshold recommended previously in clinical validation studies using the scale. Typical characteristics of problematic use include: excessive use; trouble concentrating in class or at work due to smartphone use; feeling fretful or impatient without their smartphone; missing work due to smartphone use; and experiencing physical consequences of excessive use, such as light-headedness or blurred vision.

The researchers found that one in five (20%) of respondents reported problematic smartphone use.

“Although the effect of problematic smartphone use on grade point averages was relatively small, it’s worth noting that even a small negative impact could have a profound effect on an individual’s academic achievement and then on their employment opportunities in later life,” said Professor Jon Grant from the Department of Psychiatry & Behavioral Neuroscience at the University of Chicago.

“Smartphones can help connect people and help people feel less isolated, and our findings suggest that they may act as an avenue for sexual contact, whether through sustained partnerships or more casual sex,” added Dr. Sam Chamberlain, Wellcome Trust Clinical Fellow and Honorary Consultant Psychiatrist from the Department of Psychiatry at the University of Cambridge and the Cambridge & Peterborough NHS Foundation Trust.

The researchers found that alcohol misuse was significantly higher in those with problematic smartphone use compared to the control group. To assess this, the team used a scale known as the Alcohol Use Disorders Identification Test: a score of eight or above indicates harmful alcohol use. 33.3% of problematic smartphone users scored eight or above compared to 22.5% of other smartphone users. The researchers found no significant link with any other form of substance abuse or addiction.

In terms of other mental health problems, the researchers found that problematic smartphone use was significantly associated with lower self-esteem, ADHD, depression, anxiety, and PTSD, mirroring similar findings elsewhere.

“It’s easy to think of problematic smartphone use as an addiction, but if it was that simple, we would expect it to be associated with a wide range of substance misuse problems, especially in such a large sample, but this does not seem to be the case,” added Dr. Sam Chamberlain.

While the sample size for this study was relative large, suggesting that the findings should be fairly robust, the researchers point out that as a cross-sectional study (one that takes a ‘snapshot’ at one particular time, rather than following people over a longer period), and so direction of causality cannot be established. In other words, the study cannot say that problematic smartphone use leads to mental health issues or vice versa.