Chamomile – that yellow flower so often made into a tea, enjoyed before bed – is a very interesting plant. It was recently discovered that the humble flower may control or even prevent diabetes – and now my research into historical textile dyes has helped to identify the specific compounds involved. That bedtime herbal tea may be doing many people a lot of good.

I’ve been working with Chris Rayner for over 15 years to develop new techniques to identify the chemistry of natural colourants used throughout history to dye textiles. Before William Perkin’s serendipitous 1856 discovery of mauveine, the first synthetic dye, textile fibres were dyed with coloured extracts of plants and animals.

Nature makes a complex cocktail of different compounds in these dye plants, and many of these are transferred to textiles during dyeing. We analyse historical artefacts to see if these compounds are present to try to determine when, where and how they were dyed and with what plant. The chemistry and ratio of these molecules can provide significant information about which plant species was used to dye the fibres or the technique used for the dye process. In the context of historical textiles, this information is of paramount importance for conservation and restoration purposes, as well as the generation of information on the ethnographic origins of the artefacts.

So what does this have to do with diabetes? Well, many of the techniques that have been used to extract the dyes from textile samples cause damage to the dye molecule, resulting in a loss of information about the chemical fingerprint potentially available to conservators. But we have developed new “soft” extraction methods using glucose, which can preserve the dye molecule during extraction and analysis, and have used these new techniques to investigate dyes that were commonly used prior to the mid-19th century. 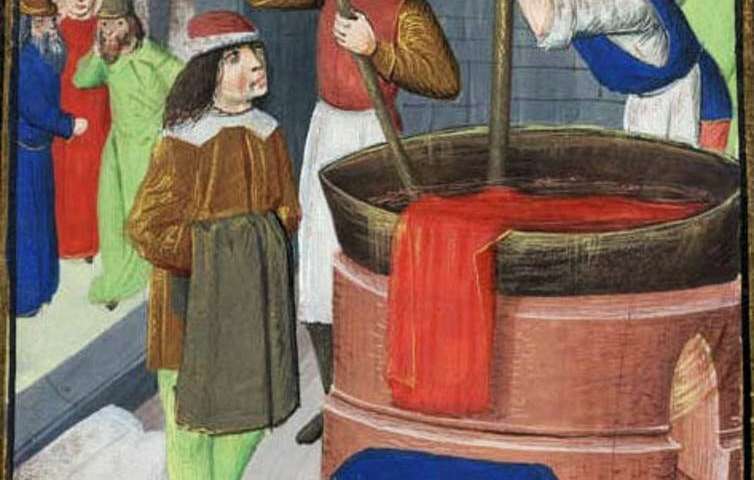 One such plant used throughout history was chamomile, which gives a bright yellow colour on wool, cotton and other natural fibres. There is evidence of its use in Europe and Asia to dye textiles dating back many hundreds of years. We identified the colourants and other natural components present in several species of chamomile in our attempts to understand their coloration properties and their identification in historical textiles, in the process significantly developing our knowledge of their complex chemistry.

This would have been interesting from a pure conservation and dye chemistry perspective. But then members of our team had a chat with another research group, led by Professor Gary Williamson in the School of Food Science and Nutrition, and it became apparent that we had a mutual interest in the chemistry of chamomile.

As a food, most people will be familiar with chamomile’s use as a herbal tea, often associated with aiding sleep. Indeed recognition of its medicinal properties as a relaxant and sedative is exemplified by its listing as an official drug in the pharmacopoeias of 26 countries, including the UK. But we didn’t realise that it potentially has other dietary benefits. German chamomile has been taken for digestive problems since at least the first century CE. 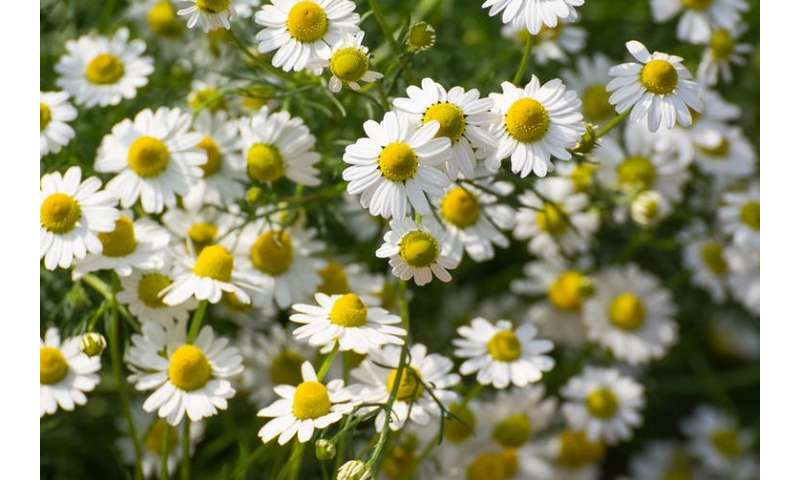 This team has spent the last few years studying the link between dietary components and carbohydrate digestion: specifically, how certain natural compounds can help to control blood glucose levels. They had screened several plant extracts and identified German chamomile (Matricaria chamomilla) as very effective in controlling diabetes in 2017. But what was really important was to understand which compounds in particular were responsible for this activity. We wondered if our research on natural dyes in chamomile could help with this.

We applied the techniques that we had developed for extraction of historical textiles to extraction and analysis of chamomile flowers. Working together, we identified four specific compounds that are active in chamomile and able to control carbohydrate digestion, drawing on our experience of dyestuff analysis. 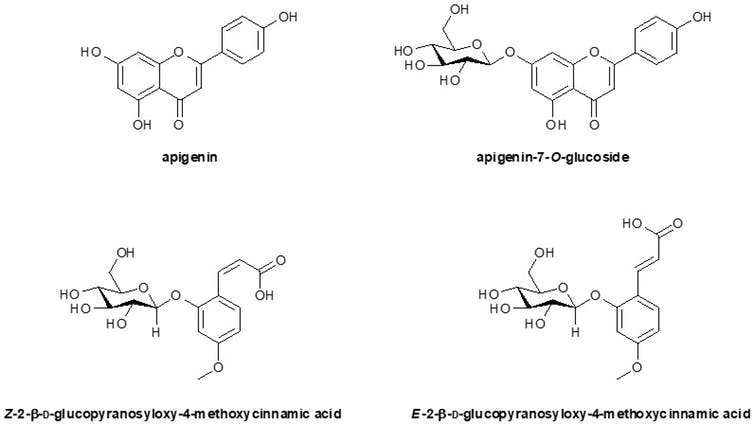 Two of these compounds, apigenin-7-O-glucoside and apigenin, are yellow colourants that we had previously seen in wool textiles dyed with chamomile. The other two compounds had been previously misidentified by other researchers, but we correctly identified them as (Z) and (E)−2-hydroxy-4-methoxycinnamic acid glucosides. We studied the contribution of these four compounds to the overall bioactivity of chamomile, and found that, taken together, they were able to modulate carbohydrate digestion and absorption. There is also the potential to extract and concentrate these components from chamomile for medicinal application.