Skip to content
HomeHealth NewsInsomnia causes the brain to ‘eat itself’, study finds

Insomnia causes the brain to ‘eat itself’ and may lead to Alzheimer’s, study finds

Insomnia causes the brain to ‘eat itself’, new research suggests.

Sleep is important to clear away brain cell ‘wear and tear’, however, a study found insufficient shut eye causes the system to go into overdrive and also remove healthy nerve cells.

Study author Dr Michele Bellesi, from Marche Polytechnic University, Ancona, Italy, said: ‘We show for the first time that portions of synapses are literally eaten by astrocytes because of sleep loss.’

Synapses allow nerve impulses to be communicated between cells, while astrocytes are cells in the central nervous system that ‘clean’ the brain.

Previous research suggests the removal of nerve cells has been linked to conditions like Alzheimer’s disease. 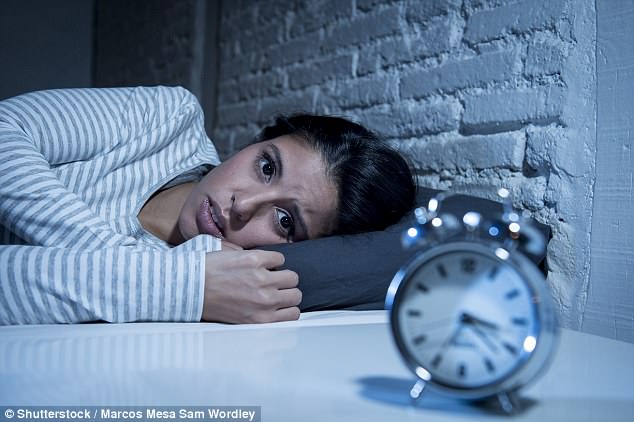 CAN INSOMNIA BE PSYCHOLOGICAL?

Insomnia may be psychological, research suggested in May 2017.

Sufferers who take placebo pills feel more rested than those who get no treatment at all, according to a review of 13 studies.

According to the researchers, the simple act of taking a pill may ease the anxiety that makes it harder for some insomnia sufferers to fall asleep.

Dr Patrick Finan from Johns Hopkins University, who was not involved in the study, said: ‘Insomnia is shaped by expectation and perception, so it is not surprising that placebos, which implicitly alter expectation, are effective in improving perceptions of sleep.’

The researchers, from the University of Sydney, examined data from a total of 566 insomnia sufferers who were assigned to either receive a placebo that they believed was an active treatment or no pills at all.

Placebo patients reported greater improvements in their ability to fall asleep, the total amount of rest they got and their sleep quality.

Comparing placebo against recognised insomnia therapies can give inaccurate results as simply believing you are receiving a sleep-inducing treatment can ease the condition.

Study author Dr Ben Colagiuri, said: ‘The comparison with no treatment means that we can be sure that the improvement we observed was due to a genuine placebo effect, rather than being an artifact of simply taking part in a trial.’

Insomnia may be considered a condition of the mind due to one person averaging four hours sleep a night and feeling sufficiently rested, while another may get seven hours and feel the amount or quality of their shut eye is inadequate, Dr Finan explained.

Rodents in one of the groups were fully rested by being allowed between six and eight hours sleep.

Other animals were woken spontaneously.

In sleep-deprived mice, astrocytes ‘eat’ part of their synapses, the New Scientist reported.

Rodents who are sleep deprived for eight hours have astrocytes in 8.4 per cent of their synapses, while those that chronically miss out on sleep have them in 13.5 per cent.

This is compared to just 5.7 per cent in well-rested mice and 7.3 per cent in those that are spontaneously awoken.

It is unclear if sleep deprivation has the same effect in humans or if it can be reversed by catching up on shut eye.

The findings were published in the Journal of Neuroscience.

Less than eight hours sleep is linked to anxiety and depression

This comes after research released last January suggested getting less than eight hours sleep is linked to anxiety and depression.

Insomniacs are less able to overcome negative thoughts than those who get sufficient shut eye, a study found.

Being unable to nod off also reduces people’s ability to disengage from negative emotions, the research adds.

Study author Professor Meredith Coles, from Binghamton University, New York, said: ‘We found that people in this study have some tendencies to have thoughts get stuck in their heads, and their elevated negative thinking makes it difficult for them to disengage with the negative stimuli that we exposed them to.

‘We realized over time that this might be important – this repetitive negative thinking is relevant to several different disorders like anxiety, depression and many other things.’