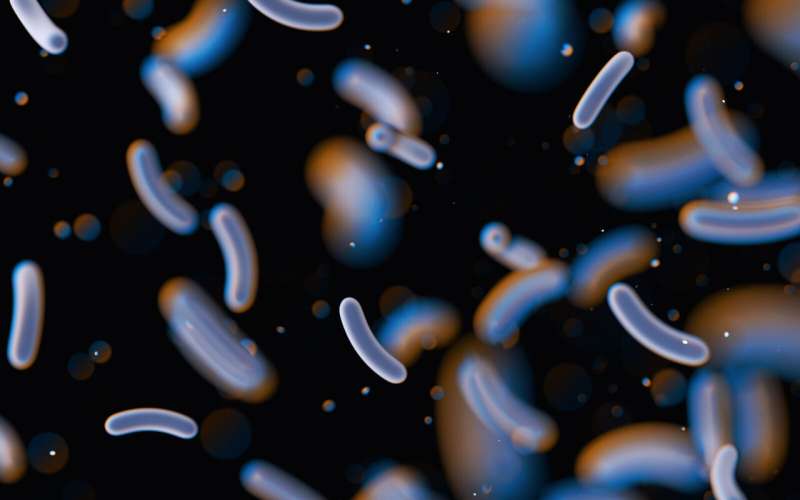 As early as the 13th century, scholars proposed that diseases were caused by ‘invisible entities’ unseen to the naked eye. However, it was not until the 1670s when Antonie van Leeuwenhoek made his microscope did the theory gain traction. Just as seeing tiny ‘animalcules’ zipping around under the microscope enabled the field to advance, it has taken development of the right tools to enable 21st century scientists to uncover the full impact that microorganisms have on human health.

Observational studies have long suggested a link between microorganisms in the gut and metabolic diseases. However, without the tools to prove what many had observed, the role of the gut microbiome was a major blind spot in biomedical research. Only in the past few decades—with the advent of high throughput sequencing and sophisticated analytical methods—have researchers been able to perform cause-and-effect studies, helping this key area of research finally flourish.

Since then, research has revealed that disruptions to the delicate balance of microorganisms in the gut can have wide-reaching effects on health and disease. Dysbiosis, or perturbations to the gut microbiome, has not only been linked to common metabolic disorders like diabetes, but can have effects that extend to autoimmune disorders like multiple sclerosis, cancer, and even cognitive disorders like Alzheimer’s disease.

While various factors can cause dysbiosis in the gut, one particular culprit stands out: antibiotics. Despite having saved millions of lives since the famed, fateful accident that led Alexander Fleming to discover penicillin nearly a century ago, antibiotics have proven to be a double-edged sword. Because they kill bacteria non-discriminately—good and bad alike—antibiotics use can lead to a tipping of the balance in these communities, causing a myriad of problems, one of which is obesity.

The impact of early exposure

As in adults, obesity in children is a growing epidemic around the world. While just four percent of children aged 5–19 were overweight or obese in 1975, that figure rose to over 18 percent by 2016. The issue is particularly profound in Asia, which in 2019 accounted for nearly half of the 38 million children overweight children under the age of five. Far from being a temporary problem, childhood obesity can have life-long effects, having been linked to the development of a wide range of health problems such as type 2 diabetes and heart disease.

While growing affluence and increasingly sedentary lifestyles have been blamed for the rise of childhood obesity, scientists suspect that the overuse of antibiotics could also play a role. “Dysbiosis of the gut microbiota is one of the influencing factors involved in the initiation of obesity,” explained Ling-Wei Chen, a Research Scientist at A*STAR’s Singapore Institute for Clinical Sciences (SICS). “The major reasons are disturbances in energy balance, lipid metabolism and a potentially related downstream impact on endocrine function.”

Chen, together with teams led by Neerja Karnani and Yung Seng Lee, principal investigators at SICS, hypothesized that early exposure to antibiotics could alter the gut microbiome, thereby affecting a child’s metabolism and, consequently, their risk of obesity. Although previous studies have shown that such a mechanism might be at play in mice, there has been little evidence that the same occurs in humans. The researchers thus conducted the first-in-human study examining the impact of antibiotic exposure on the gut microbiome in children, specifically focusing on whether antibiotic use led to obesity.

The study used survey data, stool samples, and height and weight measurements collected as part of the Growing Up in Singapore Towards healthy Outcomes study (GUSTO), a collaborative research initiative involving SICS, the National University of Singapore, KK Women’s and Children’s Hospital and the National University Hospital. Data from more than one thousand mother-offspring pairs followed over five years showed that infants who received antibiotics in their first year of life were more likely to be obese before they turned five, particularly if they had received three or more courses of antibiotics or had been treated between 6–12 months old.

Digging deeper into their results, the researchers also sequenced the children’s gut microbiome using stool samples taken at 24 months. They found that antibiotics use altered the gut microbiome, reducing species such as Eubacterium hallii while increasing Tyzzerella 4, and that these changes were linked to a higher risk of adiposity.

These findings have important implications for medical practice, Karnani said. Although antibiotics may be necessary in some circumstances, physicians and caregivers should balance the benefits and risks of administering antibiotics to children, she explained.

“Understanding the factors linked to dysbiosis in gut microbiota in early life and its relationship with metabolic adversities can help early intervention and reduce the burden of obesity on society,” Karnani added.

Gut microbiome sequencing studies, like the one performed by Chen and colleagues, have been made possible by recent advances in technology. The ability to determine the profile of microorganisms living within a given environment like the gut—known as metagenomics—allows researchers to compare populations and the effects of interventions. On the flip side, researchers can also use this information to develop ways to manipulate microbiomes for therapeutics.

For example, Niranjan Nagarajan, a Senior Group Leader at A*STAR’s Genome Institute of Singapore (GIS), used metagenomics to identify ‘keystone’ bacteria, species that would promote the healthy re-colonization of the gut following antibiotic treatment. Comparing gut microbiome of patients from Singapore, Canada, England and Sweden given different classes of antibiotics, Nagarajan and his team found that the patients could be grouped into ‘recoverers’ or ‘non-recoverers.”

Classifying patients in this way allowed the researchers to search for bacterial species that may aid the recovery of microbiome diversity. They discovered 21 recovery-associated bacterial species, or RABs, so-called because they were significantly linked to the recovery of the gut microbiome after treatment with antibiotics in at least two of the four patient cohorts studied.

Just like food webs in oceans or rainforests, the different species of bacteria in the gut form complex interactions, with a few primary species proving to be essential for the survival of the many secondary and tertiary species, which are more synergistic in nature. Using a computational method to fit the RABs into the gut microbial food web, the researchers identified both primary and tertiary species among the 21 RABs.

Testing the practical applications of their results, the team found that inoculating mice with both primary and tertiary RABs bolstered the recovery of absolute microbial abundance by 100-fold. These mice also had higher gut microbiome diversity after receiving treatment with antibiotics compared to mice that received just a tertiary species or control substance.

“These findings are critical for improving our understanding of how gut microbiomes recover and the type of microbial species that play a crucial role in this process,” Nagarajan noted. “The 21 RAB species can potentially be used for therapeutic and diagnostic purposes for restoring the gut microbiome post-antibiotics perturbation.”

While both studies examine the gut microbiome through the lens of antibiotics, they do so through different but complementary lines of inquiry: the impact on human health and the potential for finding therapeutic and diagnostic solutions.

These diverse but linked lines of research are made possible through A*STAR’s integrative research infrastructure and the establishment of various health and technological initiatives. For example, the institute’s involvement in seminal collaborative population-wide studies like GUSTO provides researchers the opportunity to investigate the effects of the gut microbiome in a range of settings and across a variety of populations, factors and diseases.

Tags:about, and, antibiotics, can, Dark, do, it, of, side, the, we, what
Related Posts