Skip to content
HomeHealth NewsYou May Not Have Heard of RSV, But You've Probably Had this Flu-Like Condition

It’s no secret it’s flu season right now. We’ve been warned to get our flu shots for months, know to wash our hands constantly and drink plenty of fluids if we start feeling sick. But it’s not just the flu we need to be on the lookout for right now; there’s another condition out there that can make you feel absolutely miserable and actually be kind of dangerous — respiratory syncytial virus.

It is currently peak season for RSV, and the Centers for Disease Control recently issued a warning about the illness, specifically that it can be especially dangerous for infants, children, people aged 65 and over and those with compromised immune systems. So what is RSV, what are the symptoms and how do we treat it? Here’s what you need to know about this mysterious but relatively common illness.

According to the CDC, RSV is a contagious virus that affects the lungs and breathing passages. It is pretty common; in fact, most of us have had an RSV infection by the age of 2. Unfortunately, you can get RSV multiple times. And unlike the flu, there is no vaccine for RSV (though the CDC says that scientists are currently working on one).

RSV is the most common cause of bronchiolitis (inflammation of the small airways in the lung) and pneumonia in children 12 months and younger in the United States, according to the National Foundation for Infectious Diseases. It’s also especially dangerous for older people, causing an estimated 177,000 hospitalizations and 14,000 deaths of people aged 65 and older in the U.S. each year, the NFID reports.

What are the symptoms of RSV?

Diagnosing RSV can be tricky since most of the symptoms are also part of the cold and/or flu. If you end up going to the doctor, you can get a simple nasal swab test that will let you know whether or not you have RSV in a matter of a few hours.

The symptoms of RSV are similar to those associated with colds or the flu and include having a runny nose, decrease in appetite, coughing, sneezing, fever and wheezing, the CDC reports. These typically appear in stages rather than all at once.

If you have been infected with RSV, symptoms will typically start to show within four to six days. Once you contract RSV, most people are then contagious for three to eight days, according to the CDC. Infants, the elderly and people with compromised immune systems can remain contagious for as long as four weeks.

But how long does it last? Otherwise healthy people with normal immune systems tend to recover from RSV in a week or two. Again, the very young and very old will have a longer road to recovery. Doctors may also take chest X-rays to ensure that the virus hasn’t resulted in pneumonia and may also do a blood test to ensure the patient is getting enough oxygen in their blood, according to the American Lung Association.

How does RSV spread?

RSV spreads when an infected person coughs or sneezes or shares cups or utensils with someone. You can get infected if the droplets from the cough or sneeze get in your eyes, nose or mouth or if you touch a surface that has the virus on it, like a doorknob, and then touch your face before washing your hands, the CDC notes. It can spread through direct contact with the virus, like if you kiss the face of a child with RSV (so don’t do that).

Whether or not you’re infected, it’s a good idea to wash your hands frequently with soap and water for at least 20 seconds.

How do you treat RSV?

When you or a child or parent isn’t feeling well, you might be tempted to head to the doctor for an antibiotic. Unfortunately, because RSV is a virus and not a bacterial infection, antibiotics will not help.

Even though RSV makes you feel awful, your best bets are the same as for a bad cold: whatever over-the-counter medications help ease your symptoms and drinking plenty of fluids. And yes, we know you’re always supposed to make sure you’re hydrated, but this is especially important with RSV because of the constant coughing and runny nose. So seriously — drink up.

Aside from washing those hands and staying away from sick people as much as possible, it’s also helpful knowing RSV exists. That way, if you end up at the doctor’s office with these symptoms, you can ask if you should get an RSV test. Here’s hoping that doesn’t happen and that we’ll get a vaccine for this one soon. 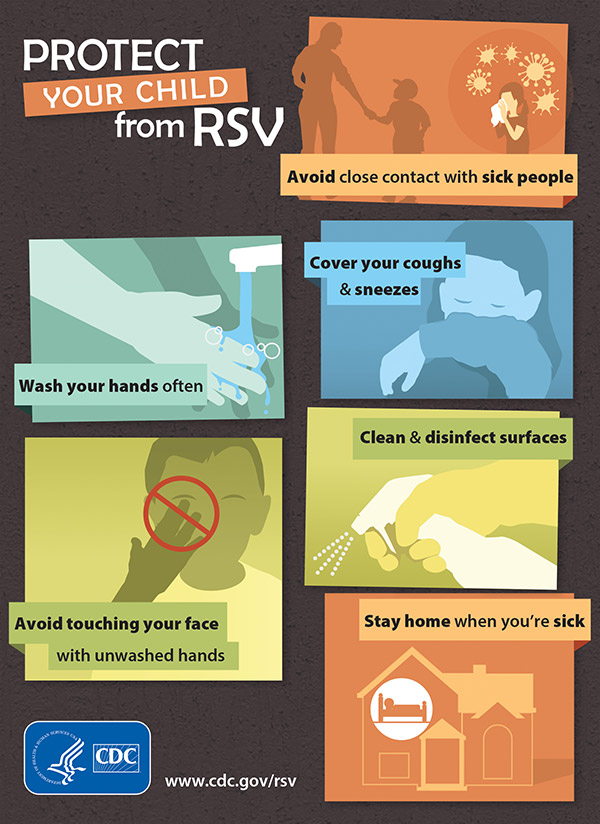 Tags:but, condition, Flu-Like, had, have, Heard, may, not, of, probably, RSV, This, you, you've
Related Posts