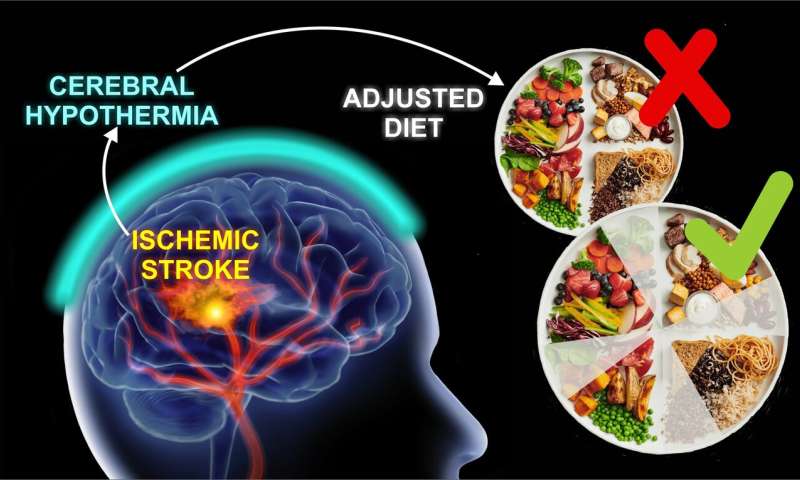 If a patient is treated for ischemic stroke after-effects using the cerebral hypothermia method, their diet is adjusted, and they are expected to consume 20-25 Kcal per 1 kilogram of body weight. RUDN researchers demonstrated that this value should be reduced by 15-20% to decrease the mortality and disability rate among such patients by half. The article was published in Clinical Nutrition journal.

An ischemic stroke can lead to death, disability, cerebral edema, alteration of consciousness, and other complications that considerably affect the quality of the patients’ lives. The method of selective cerebral hypothermia is used to treat cerebral edema and reduce intracranial pressure. According to RUDN doctors, some treatment standards included in this method are incorrect.

In the course of selective cerebral hypothermia, the brain cortex is cooled off causing the body’s activity to slow down and relieving the edema. This effect is achieved using a special helmet with 0-8℃ liquid circulating inside it. The method also slows down the metabolism, and the patients need to make adjustments to their diets for the duration of therapy. Previously, the patients were expected to get 20-25 Kcal per 1 kilogram of body weight. For an average weight person this means about 1,600 Kcal a day—two times less than it is required by healthy people. RUDN researchers demonstrated that these values were incorrect. In fact, the amount of calories should be reduced by 15-20%.

The researchers divided 27 ischemic stroke patients from 53 to 80 years old into two groups. The first one was treated using the selective cerebral hypothermia method, and the other one without it. All other therapy aspects were the same in both groups. The diet of the patients was developed in view of their energy consumption and daily protein loss. The first group showed positive dynamics 24 hours after the beginning of the treatment, and the second one none at all. After the patients in the first group underwent selective cerebral hypothermia, all their health indicators went back to normal. As a result, the scientists demonstrated that standard dietary recommendations for such patients had little efficiency and recommended reducing caloric intake by 15-20%.

Tags:after-effects, an, error, identify, in, ischemic, of, Researchers, Stroke, the, therapy
Related Posts